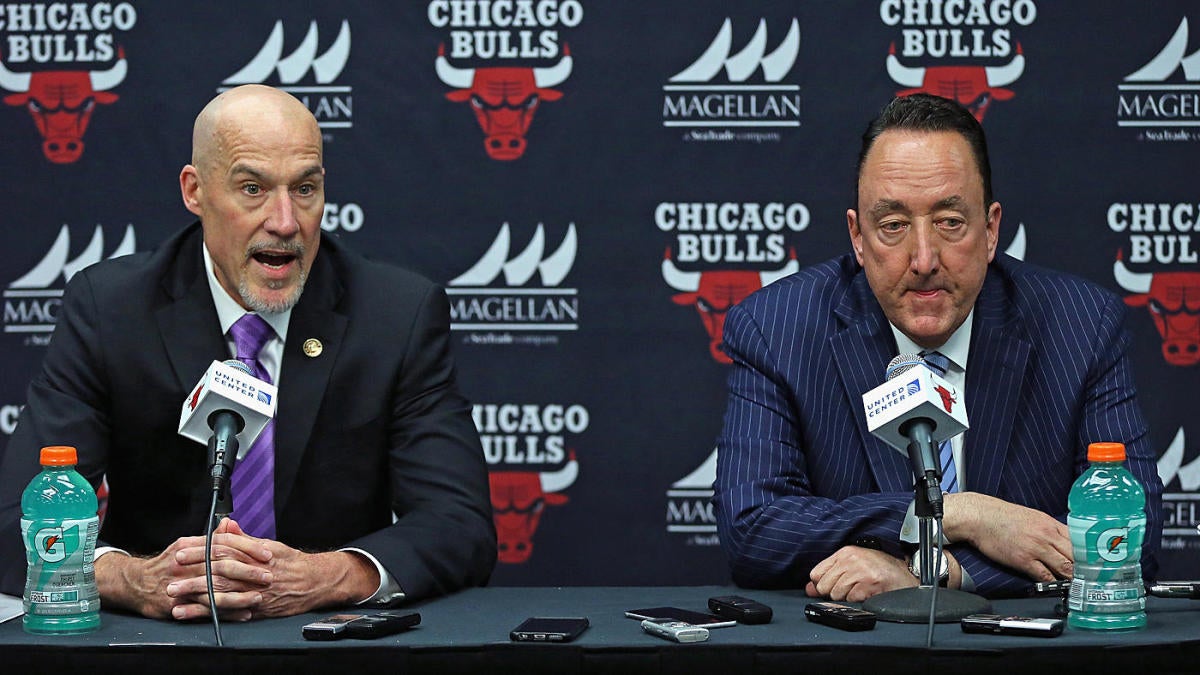 After more than a decade helming the Chicago Bulls, it appears as if the GarPax could be reaching a conclusion. The Bulls have started the process of interviewing candidates virtually for a new top executive who will have full authority over basketball decisions, per ESPN’s Adrian Wojnarowski. The plan is that a new top executive will be in place before games resume this season, if they do at all.

Utah Jazz GM Justin Zanik did a virtual interview with the Bulls Monday afternoon, and Denver Nuggets GM Arturas Karnisovas will be interviewing for the position sometime later this week, per Wojnarowski. Given Chicago’s appeal as a market and history as a franchise, this job should be highly coveted among executives around the league. The Bulls are also expected to reach out to Toronto Raptors general manager Bobby Webster. Indiana Pacers general manager Chad Buchanan was also on Chicago’s radar, but he has decided to decline an interview with the Bulls and remain in Indiana, according to Shams Charania of The Athletic. Adam Simon of the Miami Heat was also a potential candidate, but the Miami Herald‘s Barry Jackson confirmed Monday that Simon has decided to stay with the Heat.

Neither Webster nor Karnisovas currently hold final say over their respective rosters, but work among the most respected basketball minds in the NBA in Masai Ujiri and Tim Connelly, respectively. Both have played pivotal roles in the construction of contenders with their current franchises.

John Paxson, who started the season as the team’s executive vice president of basketball operations, is expected to remain with the franchise in an advisory role, while general manager Gar Forman will likely discuss a potential role in Chicago’s new front office as well, according to Wojnarowski. The notion that a new top executive in Chicago would have full authority over the franchise rather than reporting to Paxson is a fairly new one. Earlier reports suggested that Paxson would remain in his role with only Forman being replaced as general manager.

Additional reports suggesting a supposed preference for keeping embattled head coach Jim Boylen indicated limited authority for that position, and while Paxson and Forman remaining with the organization is hardly an ideal way of cementing the power of their replacement, Wojnarowski is reporting that whoever is hired here will have final say over basketball decisions.

The Bulls have made the playoffs only once since dismissing Tom Thibodeau as coach in 2015. They are likely going to land in the lottery once again this season, either through a canceled regular season or a greatly reduced one. The Bulls have since fallen to 24th in percentage of available tickets sold, according to ESPN, a sharp decline considering they finished first only three seasons ago. This is a franchise sorely in need of new blood, and now, it appears as if they’re getting it.