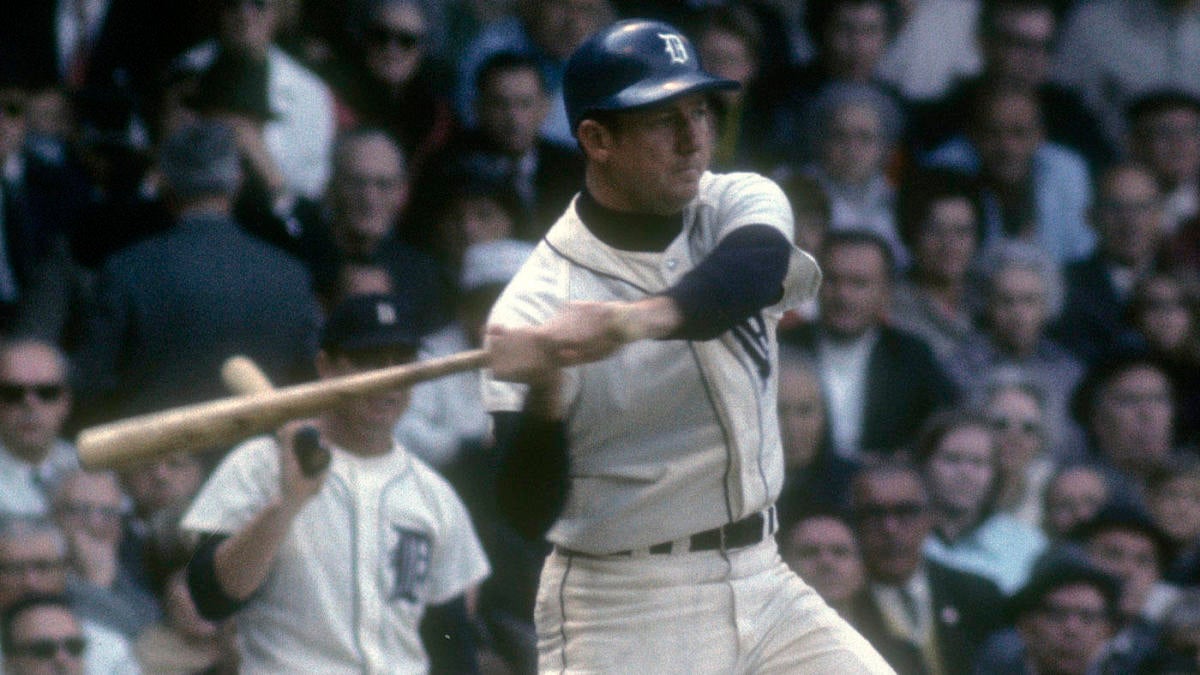 The Tigers scout who signed him out of Southern High School, Ed Katalinas, once said of Kaline: “To me he was the prospect that a scout creates in his mind and then prays that someone will come along to fit the pattern.”Following his retirement, Kaline broadcast Tigers games from 1976-2002, and also spent time in the front office as a special assistant. In all, “Mr. Tiger” spent more than 60 years with the organization. He was voted into the Hall of Fame on the first ballot, receiving 88.3 percent of the vote in 1980. Kaline is one of six players with a statue outside Comerica Park.In 1953, Kaline made just 30 plate appearances for Detroit, but the following season he emerged as the regular right fielder. While he didn’t produce at a high level as a 19-year-old, he showed the Tigers enough to stick. The following year, in 1955, he enjoyed one of his best seasons, batting .340 with 200 hits, 27 home runs, 82 walks (against 57 strikeouts), and 321 total bases. Kaline finished runner-up to Yogi Berra in the AL MVP balloting and would never play a game in the minors.

Kaline retired as a career .297/.376/.480 hitter and was fifth on the all-time hits list and 16th on the all-time home runs list when he called it a career. He ranks 42nd all-time with 92.8 WAR. Kaline won a World Series ring in 1968 and went 16 for 48 (.333) with three home runs in 12 career postseason games.”On behalf of Major League Baseball, I extend my deepest condolences to Al’s wife, Louise, their family and friends, his admirers and the generations of Tiger fans who looked up to him.”

MLB commissioner Rob Manfred issued the following statement remembering Kaline:Hall of Famer and Detroit Tigers icon Al Kaline died Monday at 85. Kaline grew up in Baltimore and made his MLB debut as an 18-year-old in 1953. He played 22 seasons in the big leagues, all with the Tigers. He is the franchise’s all-time leader in games played (2,834) and home runs (399). He ranks second to Ty Cobb in most other offensive categories, including hits (3,007) and total bases (4,852).”Many of us who are fortunate enough to work in Baseball have our short lists of the players who mean the most to us.  Al Kaline was one of those players for me and countless others, making this a very sad day for our sport.  A lifelong Tiger, Al was a true gentleman and one of the National Pastime’s most universally respected figures.  I appreciated his friendship, humility and the example that he always set for others since he debuted as an 18-year-old rookie.At Katalinas’ desperate urging, the Tigers signed Kaline soon after his high school graduation to a ,000 bonus and a ,000 salary for each of his first three seasons. In accordance with the “bonus baby” rules of the time, the Tigers, because of the size of Kaline’s bonus, were required to keep him on the major-league roster for at least two full seasons.From 1955-67, Kaline was selected to the All-Star Game in 13 consecutive seasons, and he received MVP votes in 14 different seasons. Kaline never did win an MVP, though he finished in the top five of the voting four times, including second-place finishes twice. He also won 10 Gold Gloves and was regarded as a brilliant defensive right fielder.