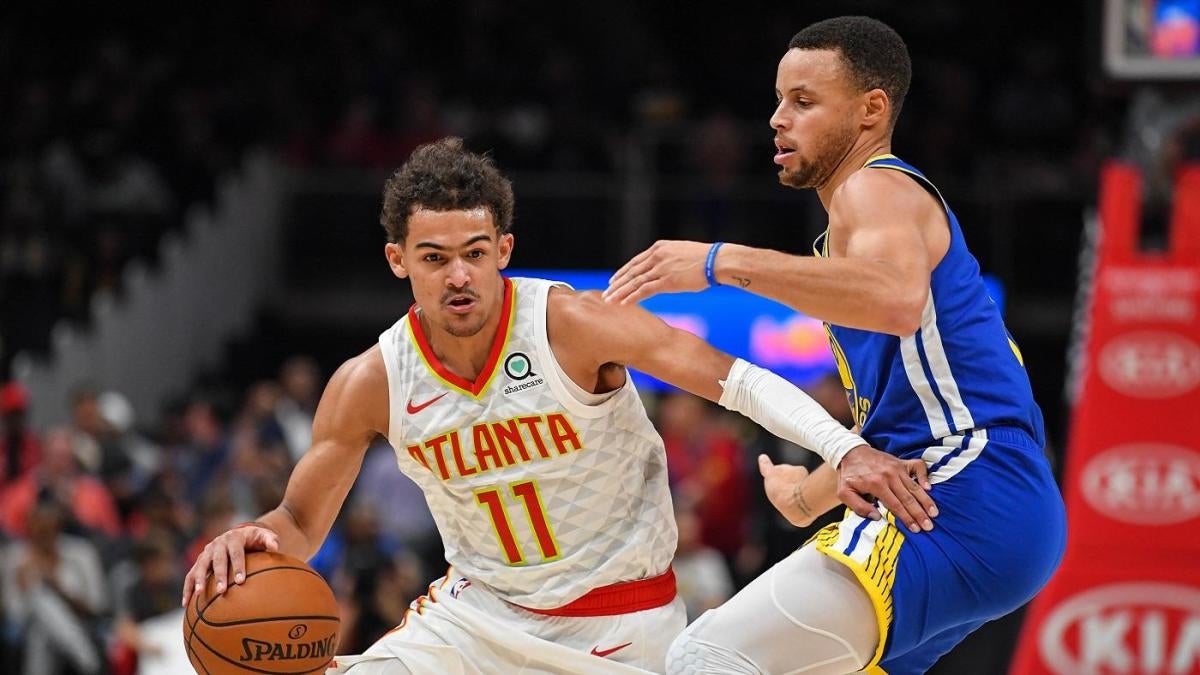 Young has said he looked up to Steve Nash as a young player and tried to model his game after the Phoenix Suns legend, but the Curry comparison comes from the scoring. Nash was a true pass-first facilitator who just happened to be one of the best shooters in NBA history. Nash, in fact, has said on numerous occasions that he wishes he would’ve played more like Curry during his career in terms of attacking more often with a score-first mentality and seeking out shots off the dribble.

Young has taken that part of Curry’s game and ran with it. He’s a threat to shoot, and convert, from anywhere, and the attention he draws makes him an even more dangerous passer. But let’s get this straight: Young isn’t anywhere near the shooter that Curry is.

I say this because Young recently said on Shaquille O’Neal’s podcast — The Big Podcast with Shaq — that he would pass Curry as the best shooter in the NBA with “a year.” Have a listen:

To be fair, Young was obviously hesitant to take the bait, and Shaq kept goading him. This was not, in any way, disrespectful. This wouldn’t qualify as trash talking in any sense or even a dose of over-confidence; Young should be confident. He’s a good shooter with the potential to be great. Ultimately, this was about a young guy having some fun on a podcast.

Still, it’s an opportunity to restate the obvious, because this isn’t the first time Young and Curry have been talked about in the same breath, and it won’t be the last. Curry is such a superior shooter it’s almost hard to overstate. Last season, Young shot 32 percent from three. When this season was suspended, he was shooting 36 percent from three.

Meanwhile, Curry has never shot below 41 percent from three during any single season of his career, and per Cleaning the Glass, which doesn’t count end-of-quarter heaves, Curry shot 45 percent of better from 3-point range in seven of his first 10 seasons, and the other three seasons he was 42 percent and 43 percent twice.

It’s also a a matter of shooting versatility. While Curry is equally dangerous on and off the ball, one of the weakest parts of Young’s offensive arsenal is moving without the ball. Hawks GM Travis Schlenk has told me multiple times that they’ve been drilling the importance of that concept into Trae’s head from the moment he arrived in Atlanta.

But on the rare occasions that Young does give the ball up in a non-assist situation, he has a tendency to stand around. Young does the majority of his shooting damage as a ball handler, but he’s actually only converting 34 percent of his shots off the dribble this season, per Synergy, which puts him in the 74th percentile league-wide.

Last season, Curry converted 43 percent of his shots off the dribble (96th percentile), per Synergy. Young is making 46 percent of his catch-and-shoot attempts this season, which trumps Curry’s 44 percent last season, but those shots accounted for 38 percent of Curry’s shot profile last season while they account for just eight percent of Young’s this season. He just isn’t anywhere near the off-ball threat that Curry is. And again, the on-ball shooting isn’t that close, either.

This just isn’t even close.

None of this is a knock on Young. We’re talking about a guy in Curry who is, by any reasonably standard, the greatest shooter to ever live. To suggest a second-year guard shooting 34 percent from three for his career is within a year of surpassing Curry as the best shooter in the game is obviously outlandish, under any circumstances.

Young is incredible, no doubt. He is must-watch television, a far more dangerous shooter than his traditional numbers indicate, and there is every reason to believe he’s only going to get better as his career goes on. But to put him in the same breath as Curry is a bridge way too far.