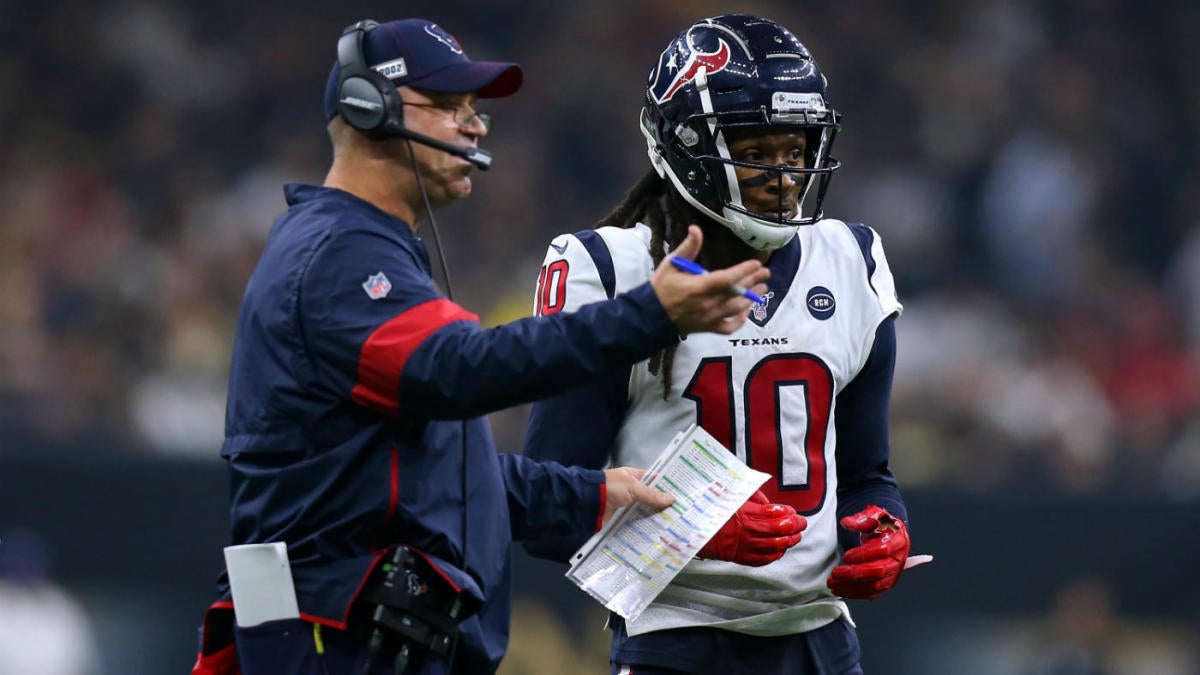 The 2020 NFL offseason has been home to a number of notable moves — none bigger than the relocation of six-time Super Bowl champion Tom Brady to the Tampa Bay Buccaneers. And plenty of those moves have been downright applause-worthy, from the New Orleans Saints adding Emmanuel Sanders to the Arizona Cardinals landing one of the game’s top wide receivers for Kyler Murray.

What about the bad ones, though? Free agency, like the draft, is almost always a gamble. Every year, we look back on the previous offseason knowing full well that some big spenders still carry buyer’s remorse, or that teams who sat out the bidding war wish desperately that they’d gotten involved.

Fortunately, 2020 has given us no shortage of questionable decisions from which to choose. To be clear, most players deserve whatever they can get on the open market; that’s part of the business. But from the perspective of the teams paying the salaries, well, that’s a different story. Only time will tell whether these deals actually deserve criticism, but right now, they sure look iffy.

We present … the 10 worst deals of the NFL offseason so far:

To fill needs in free agency, you have to be willing to overpay, so the Giants don’t deserve ripping for addressing a spot that badly needed attention. But tell me: Who, outside of Carolina or the obsessive scouting community, considered Bradberry a top-tier CB before 2019 or even 2020 free agency? He’ll assuredly improve New York’s secondary, but it’s tough to call this a victory when the Giants’ rivals landed Darius Slay, a more proven lock-down No. 1, for mid-round picks and a comparably favorable contract.

Diggs instantly makes Buffalo’s offense better, and he’s still just 26, under contract through 2023. Bills fans should be excited to have him. But there’s no denying the price was steep for a guy who, at best, replicates the role John Brown already plays for Josh Allen. The latter, of course, is notoriously erratic throwing the football, especially on deep balls, so it’s not hard to envision Diggs tossing a helmet or two once he’s spent a year or two outside of the confines of U.S. Bank Stadium. For the first-, fourth- and fifth-rounders the Bills essentially gave up here, they could’ve easily dipped into this year’s deep WR class, gotten a younger, bigger target and built more around their ground game.

In the long run, this one may not hurt the Jets too much, as the team can reportedly get out of the deal after 2020 for the total price of about $9-10 million — a fair price to pay for a stopgap at left tackle. But that alone raises questions about the use of resources. If general manager Joe Douglas is serious about upgrading Sam Darnold’s protection, why not dip into his club’s vast cap space for a more proven short-term or more gifted long-term option? It’s not like the Jets are going to use that money on the edge rusher they desperately need.

The move: Detroit signs Collins to a three-year, $30 million deal

It’s not that Collins is bad, and it’s not that the fit doesn’t make sense. But compound this overpay — for an aging linebacker who’s never thrived outside of New England, no less — with all of the other Lions moves this offseason, and it stinks pretty badly. Detroit can get out of the deal after two years and about $20M paid out, and it’s hard to tell what’s more certain: That the Lions will, in fact, get out of it, or that coach Matt Patricia will not be around to make that call.

The move: Tennessee signs Beasley to a one-year, $9.5 million deal

They may not be finished addressing the position, and the one-year agreement suggests this is a trial run more than anything, but if Beasley is truly the top plan for upping pass rushing production opposite Harold Landry, then yikes. The former first-rounder notched eight sacks in 2019, but there’s a reason his old team, the Falcons, went above and beyond to announce on social media that Atlanta would not be negotiating any kind of extension with the veteran. Couldn’t Tennessee have saved his $9.5M for Jadeveon Clowney or Everson Griffen or, heck, even Markus Golden?

The move: Cincinnati signs Waynes to a three-year, $42 million deal

Cincy was surprisingly active in free agency, and that netted them a nice up-and-coming gap-plugger in D.J. Reader. But practically making Waynes a top-five highest-paid corner? Sorry, but that’s not justified, no matter how much money you have to blow. The market dictates overpays, but then the Bengals should’ve at least gone all in to overpay for a more consistent talent. At 27, Waynes is young enough to keep growing, and at worst, he should be a passable No. 2. But that’s not what they’re paying for.

Listen, you can’t fault the Saints too much here. Keeping the line intact for at least one more run with Drew Brees was paramount, and they had a heck of an offseason otherwise (see: Emmanuel Sanders, Malcolm Jenkins). But for all of Peat’s on-paper accolades (two straight Pro Bowls) and his versatility as Terron Armstead insurance, he’s also unavailable half the time, missing nine games since 2018 and 15 in five years. Giving Peat a new deal is one thing; giving him more guaranteed money than any OG in NFL history after a 2019 campaign in which he graded as one of the game’s worst interior linemen is another.

The move: Chicago signs Graham to a two-year, $16 million deal

Chicago may have unearthed a gem by reuniting Nick Foles with familiar coaches, but it apparently didn’t want too much praise this offseason. Graham is the type of huge red-zone target Foles will feed, but did the Bears just not study the Packers over the last few years? Matt Nagy needed to add here, but Graham is a shell of his former self. It would’ve made just as much sense to give Trey Burton, a former Foles teammate, one more chance and/or pay a little extra for a Greg Olsen reunion.

The move: Houston signs Cobb to a three-year, $27 million deal

Cobb had a sort of career renaissance in Dallas in 2019, but he also benefited from playing in one of the NFL’s top offenses, alongside talents like Amari Cooper and Ezekiel Elliott. As a soon-to-be 30-year-old slot WR who hasn’t played a full season in four years, he never warranted a $9M annual salary, especially in a market that saw Nelson Agholor, a younger, quicker slot target, get barely more than $1M with the Raiders. Worst of all, he’s now under an insane amount of pressure because of the WR he’s replacing …

Sorry, but who gives a crap if Hopkins wanted a new contract with three years still left on his deal? Last we checked, the Texans had more salary cap space than almost every other team in the NFL. Last we checked, Hopkins was indisputably one of the three best wideouts in the game. Do we really think all the money the Texans are going to “save” by watching Hopkins take Kyler Murray to the Pro Bowl over in Arizona is going to help keep Deshaun Watson in Houston anyway? By the time the QB gets a new deal, he’ll either be the lone survivor in a barren wasteland of “players” like Duke Johnson and Randall Cobb, or Bill O’Brien will be gone altogether, taking his incomprehensible rebuilding (?) plans with him. There’s simply no overstating the absurdity of this deal. We could be ranking all-time offseason blunders, and it would have to crack the list. Texans fans will never forget the day, in the year 2020, when O’Brien willingly gifted another franchise an All-Pro playmaker so that he could secure an aging, battered, highly paid running back.