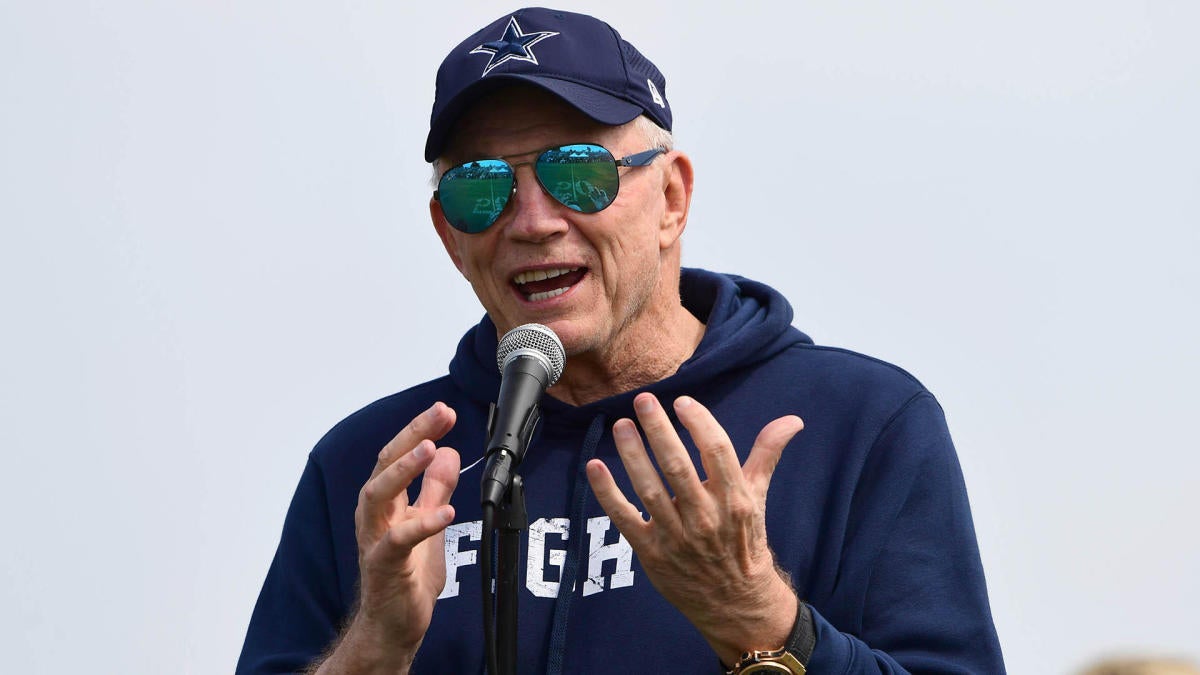 The ongoing coronavirus pandemic has prevented NFL teams from basically any in-person preparation for the 2020 draft, including oft-anticipated interviews with top prospects. But that’s not stopping clubs from racking up meetings with big names who could be selected later this month, as evidenced by a sneak peek inside the Dallas Cowboys‘ virtual pre-draft process.

The Cowboys took to Instagram this week to document their “first-ever digital interview,” a conversation over Zoom with Oklahoma quarterback and potential early-round draft pick Jalen Hurts. Both the coaching and scouting teams, including new head coach Mike McCarthy, were involved in the video conference, while team owner Jerry Jones can be seen conversing with Hurts and his fellow staff.

The Cowboys, of course, aren’t the only team utilizing such technology. Just this weekend, the New England Patriots were also said to have used a video conference to chat with Florida International QB James Morgan, one of their potential draft targets. With all pro days and prospect visits to team facilities cancelled ahead of the draft on April 23-25, this is simply the new reality for both sides involved in the pre-draft process. In fact, the draft itself could look similar, with the NFL planning for remote video check-ins with approximately 50 different prospects, as well as team representatives.

As for Dallas specifically, Hurts seems like a long shot to land with the Cowboys, especially considering how high he figures to go later this month (our Josh Edwards has him going in the third round to the Pats in his seven-round mock draft). Then again, we have no word yet on whether Jerry Jones is also using Zoom time to talk contract with Dak Prescott.