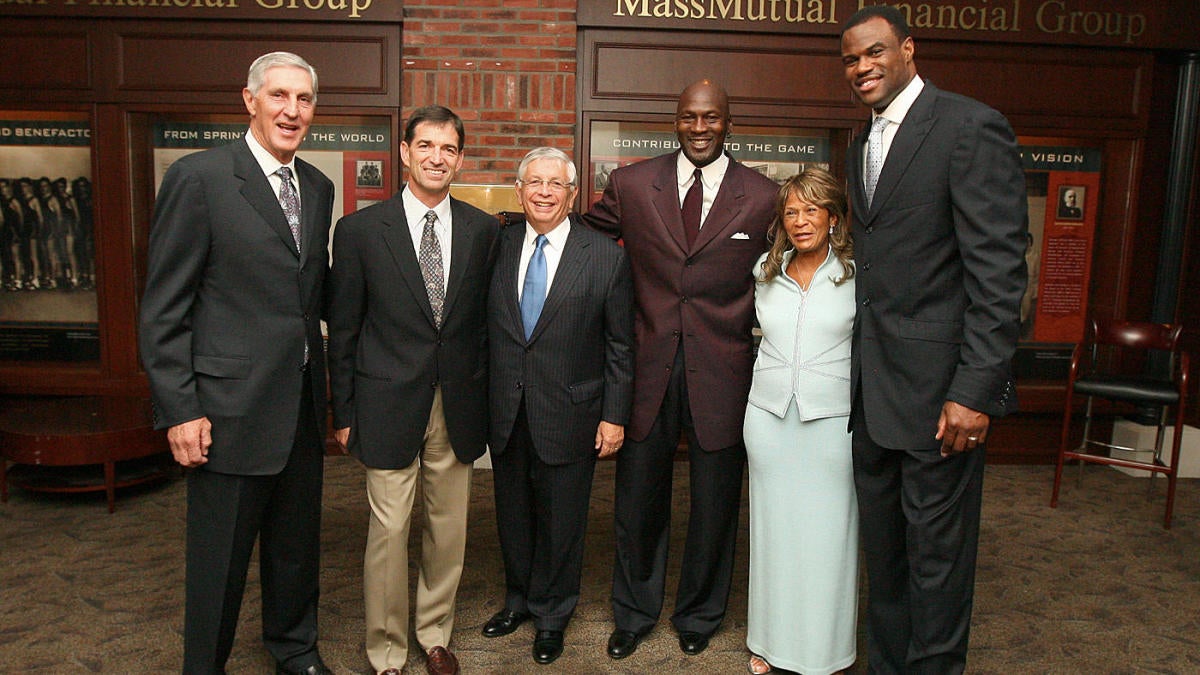 The 2020 Naismith Memorial Basketball Hall of Fame class was officially announced on Saturday, with Kobe Bryant, Tim Duncan, Kevin Garnett and Tamika Catchings headlining a deep group of players, coaches and contributors. This is undoubtedly one of the best basketball Hall of Fame classes we’ve seen, which made us wonder about the last time we’ve seen a group of players this impressive all inducted in the same year.

It actually doesn’t happen very often, as the all-time great players tend to be scattered in terms of induction years due to players retiring at different times. For example, Magic Johnson and Larry Bird, inextricably linked from their college days, were inducted four years apart. Other classes have tremendous players as headliners, but lack the depth — 1995 featured Kareem Abdul-Jabbar and Cheryl Miller, arguably the best men’s and women’s basketball players of all time, but didn’t make the top five.

Here’s where we say that any person who makes the Hall of Fame is a legend in their own right, so this is not meant to take away from anyone’s accomplishments. There were tough cuts, to be sure, but when in doubt we leaned on Basketball Reference’s list of all-time win shares as a tiebreaker. Here are the five best basketball Hall of Fame classes.

There was a lot of competition for the fifth spot, but the star power and championship pedigree of Olajuwon and Riley helped push them over the top. Olajuwon (19), Dantley (33) and Ewing (39) are all in the top 40 of NBA win shares, and no matter how you feel about Vitale, he certainly helped promote the game of college basketball to new heights.

While it may not carry the weight of a top-10 all-time player, this is arguably the deepest class in basketball Hall of Fame history. It has three players in the top 40 in NBA win shares (Allen, Kidd and Nash), along with two of the most accomplished women’s basketball players in Thompson and Smith. Cheeks, Hill and Scott add to the NBA depth, while Radja was an incredible international player. Driesell, Washington, Thorn and Welts round out an incredible class with their various contributions.

Led by Robertson, West and Lucas, this class definitely gives 2020 a run for its money. Perhaps there’s bias toward modern players in the win shares stat, but Robertson (10th), West (20th) and Lucas (89th) didn’t quite match up to Duncan, Garnett and Bryant in that department, and it also lacks the depth. You’ll hear no complaints if you rank this class ahead of 2020, as it contains some of the best players in NBA history.

This year’s class comes in just a hair behind the first-place group with Duncan and Garnett both in the top 10 in NBA win shares and Bryant coming in 16th. Those three players combined to win 11 NBA titles, with Catchings adding a WNBA championship to the mix. Mulkey has won three national titles as the Baylor head coach and Tomjanovich won two as coach of the Houston Rockets, so this group is extremely well-decorated when it comes to winning.

It’s hard to argue that this isn’t the best Hall of Fame class of all time. Led by Jordan, the greatest basketball player who ever lived by most judgments, the 2009 class also features Stockton and Robinson — sixth and 13th, respectively, in all-time NBA win shares. Add in Sloan and Stringer, two legendary coaches, and it rounds out the class perfectly.