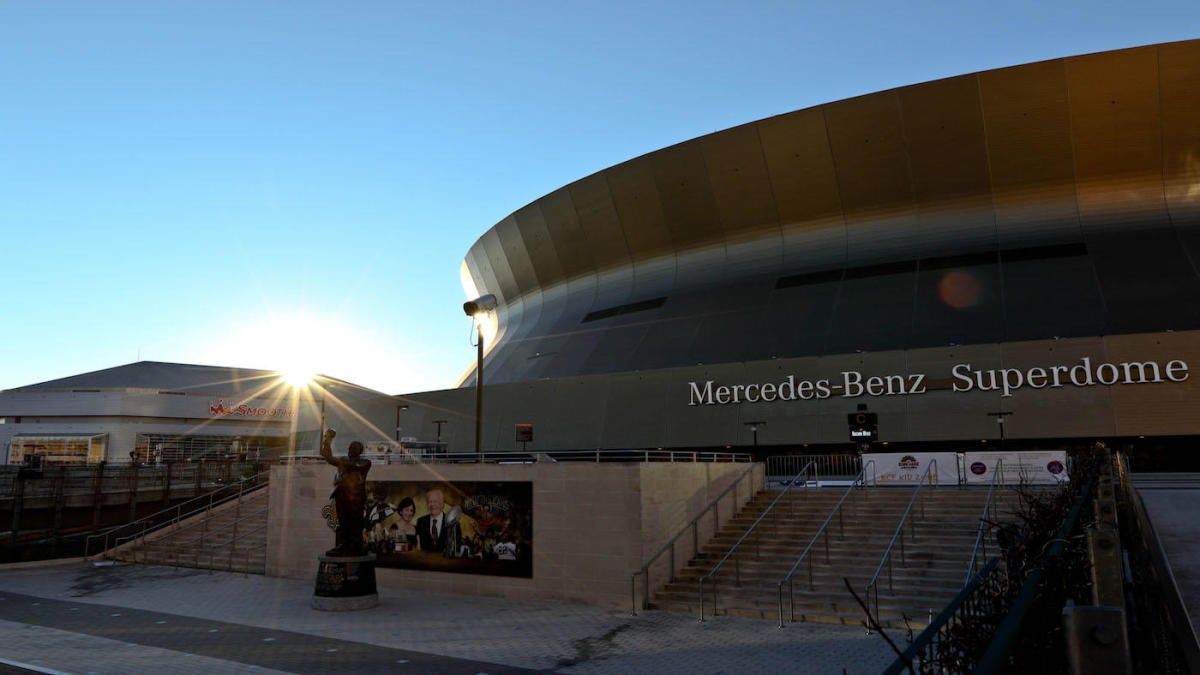 The city of New Orleans is currently scheduled to host Super Bowl LVIII, but that’s something that might have to change due to a potential conflict caused by the NFL’s decision to expand the regular season to 17 games.

By the time Super Bowl LVIII is played in February 2024, the league will have almost certainly already expanded the schedule, which means the date of the Super Bowl will likely be pushed back one week. Instead of kicking off on February 4, the game will happen one week later (Feb. 11). The problem for New Orleans is that the later date would conflict with the city’s biggest annual event: Mardi Gras.

The date of Mardi Gras changes every year — because it’s tied to the date of Easter — and in 2024, Fat Tuesday will fall on Feb. 13 with many events scheduled to happen the same weekend as the Super Bowl. Basically, it’s not clear if New Orleans is big enough to host both events at the same time, which is why there might have to be a change.

Saints spokesperson Greg Bensel said the team was well aware of the potential conflict when the bidding for Super Bowl LVIII went down in 2018.

“The New Orleans Host Committee, led by the New Orleans Saints and Greater New Orleans Sports Foundation, has remained in close communication with league officials about the change to a 17-game regular season, as it relates to the city hosting Super Bowl LVIII in 2024,” Bensel said, via ESPN.com. “The Bid Committee, the New Orleans Saints and NFL worked together to build in contingencies if a potential conflict with Mardi Gras should affect the Super Bowl date. Mutually agreed upon terms during the bid process granted assurances that the NFL and Host Committee would explore all options for still hosting the game in 2024, or, agreeing to host the Super Bowl in a future year when the citywide calendar permits.”

The 17-game schedule was approved in the latest collective bargaining agreement and the NFL is allowed to add the extra game as soon as the 2021 season. With Super Bowl LVIII being played to cap off the 2023 season, it’s pretty much a certainty that the NFL will have expanded to 17 games by then.

If New Orleans loses the Super Bowl, the NFL is expected to give the city another one shortly after that. According to the Sports Business Journal, the league would likely let New Orleans host Super Bowl LIX (59), which would take place in February 2025 (following the 2024 season). With Fat Tuesday falling on March 4 in 2025, there wouldn’t be any worries about a possible conflict with Mardi Gras.

The next Super Bowl that New Orleans hosts will be its 11th, which is the second-most of all-time; only Miami has hosted more. The last Super Bowl played in New Orleans came in February 2013 when the lights went out during the Ravens‘ 34-31 win over the 49ers.

As it turns out, New Orleans might not be the only Super Bowl relocation situation the league has to deal with in the near future. Super Bowl LVI is currently scheduled to be played at SoFi Stadium in Los Angeles to cap the 2021 season. The problem there is that the coronavirus has slowed down construction of the venue to the point where Rams COO Kevin Demoff recently admitted that the building might not be done until 2021.

The NFL has a strict rule in place about not letting a stadium host the Super Bowl during its first season of existence, which is what would happen if the opening of SoFi Stadium is delayed by a year due to the global pandemic. The league could end up just making an exception to the rule in 2021 so they don’t have to worry about moving the game on such short notice if the opening of the stadium in L.A. does get delayed.

As things currently stand, the host cities of the next four Super Bowls have been selected and you can see those below.