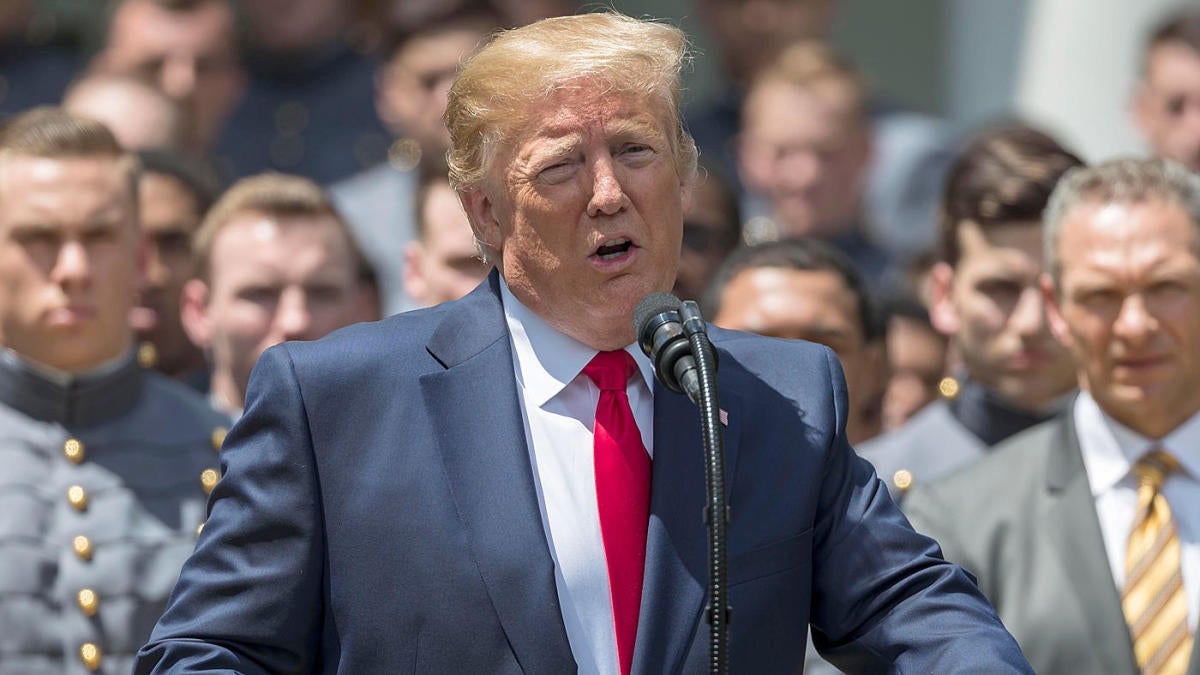 When the NBA announced it would suspend play on March 11 due to the growing concerns of the coronavirus pandemic, it set off a chain of reactions which caused several other sports leagues to postpone or cancel events. At this point, it’s still unclear when play will resume, though on Saturday afternoon, leading sports figures from around the sports world did hold a conference call with President Donald Trump.

Trump told the commissioners that he hopes to have fans back in arenas and stadiums by the late summer or early fall, according to Adam Schefter and Adrian Wojnarowski of ESPN. That proclamation will likely be taken with a grain of salt, however, as it’s still far too early to know how the virus will still be affecting us by that time.

During the call, NBA commissioner Adam Silver noted the need for an “all clear” from health officials before that can happen, however, according to a report from Wojnarowski.

Silver has tried to stay optimistic about the chances of the league pressing play again on this current season, and the NBA has reportedly been ‘very determined’ to crown a champion for the 2019-20 season. There have been talks of a truncated playoff format, with all games taking place in Las Vegas as a way to limit the amount of travel, and thus slowing the spread of the COVID-19 virus. There’s a lot of hoops to clear and questions to answer to make that a possibility, but if this season could be salvaged in some way, the NBA would try it.

There’s also a report that the NBA is prepping for the possible cancellation of the season altogether, if it looks like there’s no safe way for games to resume. This doesn’t mean that the season will be canceled, but that the league is preparing for all possible outcomes as the spread of the coronavirus continues to worsen across the United States. The league has billions of dollars on the line, and canceling the remainder of the season isn’t ideal, but if there’s no way to continue playing games in the next couple months, then chances of not having a 2020 NBA champion will grow.