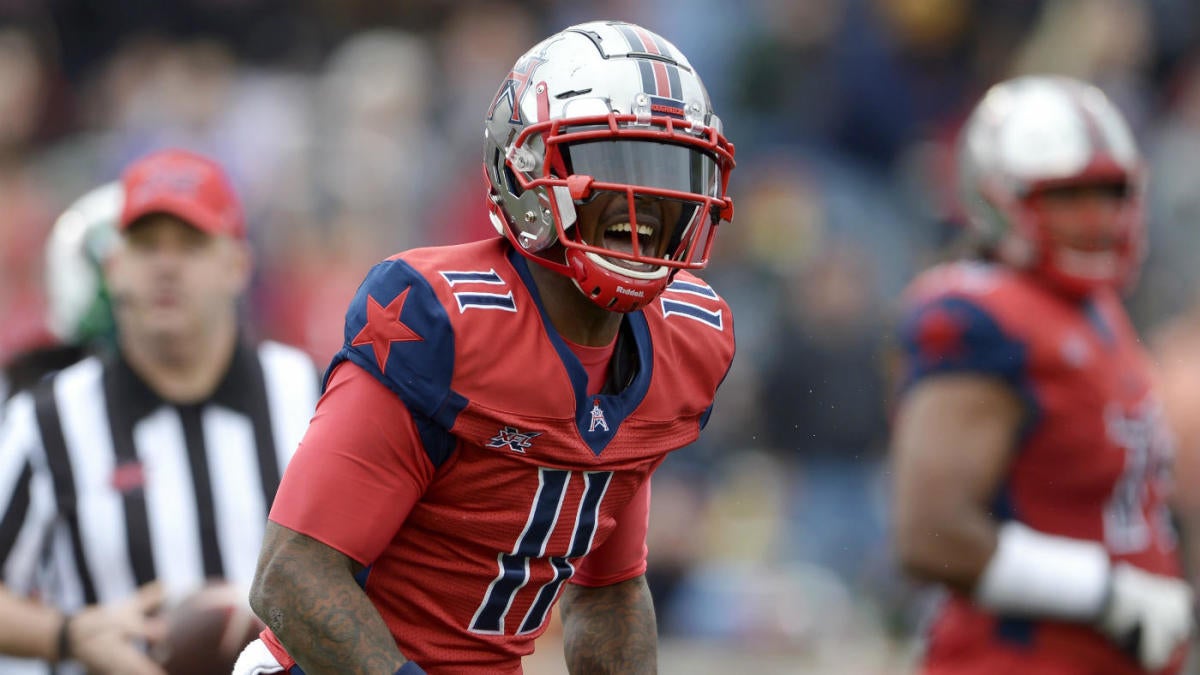 When the XFL’s inaugural season fell victim to the coronavirus pandemic, many of its players’ dreams of reaching the NFL were indefinitely put on hold. Arguably the top two players in the league, however, didn’t waste any time finding new opportunities, with quarterbacks P.J. Walker and Jordan Ta’amu both landing NFL jobs almost immediately after they were able to do so.

Walker and Ta’amu may be suiting up for different teams — the former joining the Carolina Panthers; Ta’amu, the Kansas City Chiefs. But they share one big similarity: If it weren’t for the XFL, they probably wouldn’t be in this position.

“That (was) exactly what I needed,” Ta’amu told Will Brinson on the Pick Six NFL Podcast, adding that he just “needed some experience” after going undrafted straight out of Ole Miss in 2019.

Walker, the presumptive 2020 XFL MVP, felt the same way, once again crediting former Indianapolis Colts quarterback Andrew Luck for jump-starting his path back to the pros.

“He knew that I could play,” Walker explained, “and knew what I was capable of and told his dad [XFL commissioner Oliver Luck].”

Now, both QBs are in line to spend their first full NFL seasons learning from the true pros. The offseason is already an abnormal one considering the pandemic-induced restrictions surrounding team activities, but both Walker and Ta’amu believe they’re in enviable environments.

Walker, specifically, was the first to land an NFL gig, reuniting with ex-Temple coach Matt Rhule as part of Carolina’s post-Cam Newton overhaul. He and his girlfriend, who’s from the Charlotte area, are already familiar with their new football home. And while the Panthers have lots of holes to fill entering 2020, they’re operating under a leader who’s been heralded for rebuilding programs at multiple schools, most recently Baylor.

“It’s all about the process with him,” Walker said of Rhule. “He’s a guy who wants to work. He’s going to get the best out of every player he brings in.”

Listen to the entire P.J. Walker interview on the Pick Six Podcast below, and be sure to subscribe on your favorite podcast platform:

Ta’amu, meanwhile, is arguably in the best spot of them all. He’s been tasked with studying the reigning Super Bowl MVP and arguably the best young QB in the game.

“My job is just, really, to watch and learn behind Patrick Mahomes,” Ta’amu said. “He’s a great quarterback … I look up to him. I’m just excited to learn under Andy Reid and that offense.”

The former St. Louis BattleHawks starter, who said the XFL informed him of NFL teams trying to acquire him amid the league’s temporary shutdown, added that he hopes to be next in a growing line of dual-threat QBs rising up the NFL ranks, even endorsing Brinson’s suggestion that a baseball background — which Ta’amu shares with big names like Mahomes, Russell Wilson and Kyler Murray — could be a secret ingredient in the next generation of NFL stars.

Listen to the entire Jordan Ta’amu interview on the Pick Six Podcast below, and be sure to subscribe on your favorite podcast platform: