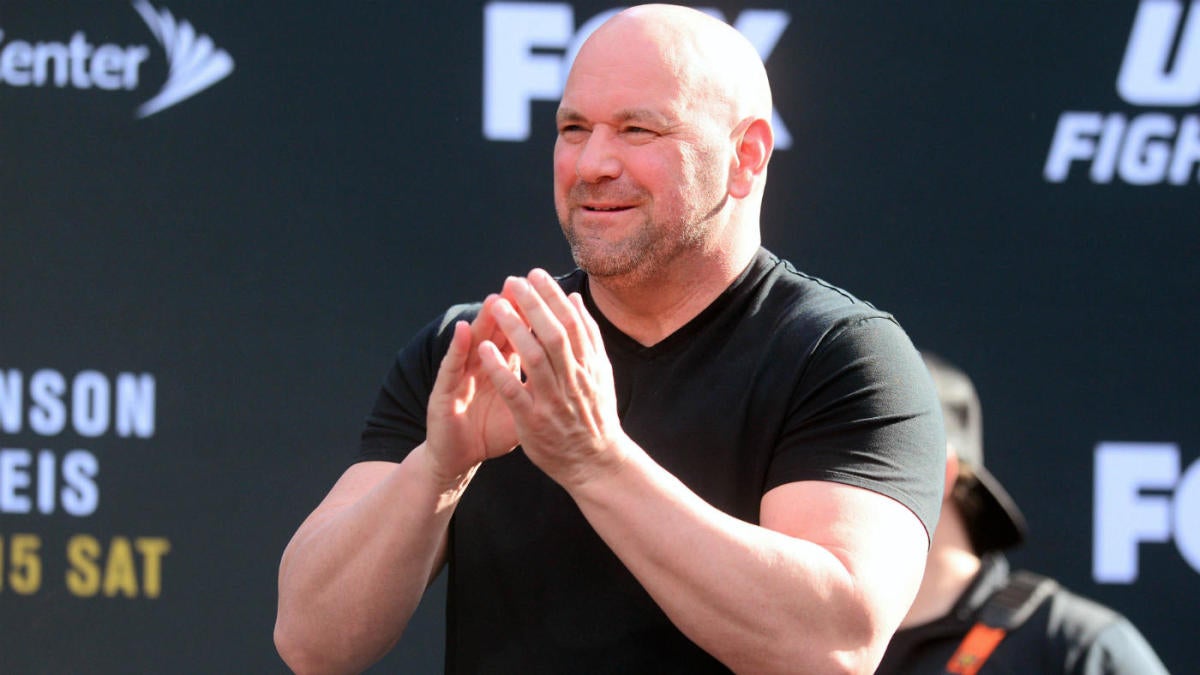 Despite travel bans and self-quarantine guidelines that will run in most states through May 1 at the earliest amid the coronavirus outbreak, the UFC is still scheduled to run a major pay-per-view card in just over two weeks.

If it goes on as planned for April 18, UFC 249 will be the only game in town across major professional sports. The event was originally scheduled for the Barclays Center in Brooklyn, New York, before the global pandemic took over everyday life.

That remains a fairly large if, however. Mostly because, as of this moment, UFC is without a site, a main event and, in most jurisdictions, legal clearance to pull off such an endeavor given the call, on a global level, for responsible isolation as a means to prevent the spreading of the infectious disease.

UFC lightweight champion Khabib Nurmagomedov, scheduled to face Tony Ferguson in 16 days, made his withdrawal from the long-awaited main event official Wednesday by saying, “it turns out that the whole world should be in quarantine.” Conor McGregor, meanwhile, has somewhat surprisingly taken the role of philanthropic advocate by donating money and preaching the need for his native Ireland to stay home.

Joe Rogan, perhaps the sport’s greatest ambassador and massive social influencer through his YouTube podcast, has said publicly he won’t attend any cards or work as a UFC commentator during the outbreak. Even President Donald Trump, criticized early on for not taking the situation as serious as he should, has come full circle and spoken of the hard days yet to come for this country given the staggering projections for total deaths.

Yet despite this all, UFC president Dana White is still fighting under any means necessary to make UFC 249 a reality. Somewhere. Some way. Using whomever is willing to fight as a way to bring normalcy back to the real world while giving his fighters — contracted employees who typically don’t get paid unless they compete — an opportunity to make a paycheck.

But what about the risks? What about the negative stain this entire scenario has placed on the sport and the subsequent feud between White and the media it has sparked? How did we get here? In fact, why are we even here to begin with?

There are certainly no shortage of questions during these unprecedentedly uncertain times. Yet the one answer most have seemed to agree on — including a sport as notorious as professional boxing, which has completely shut down at the highest level — is that the best way to navigate this is doing the exact opposite of what White is so stubbornly pushing to do.

White originally drew criticism for going forward with a March 14 UFC Fight Night card in Brasilia, Brazil, in front of an empty arena after local officials banned the general public. UFC eventually canceled the next three cards, only after Trump mandated a nationwide ban on large gatherings and the state of Nevada intercepted White’s fallback of broadcasting fights from the UFC Apex headquarters in Las Vegas.

But the old school fighter within White, the same man who helped rescue the dying sport of mixed martial arts nearly 20 years ago before turning UFC into a global brand, kept UFC 249 on the schedule as his target mission. On a seemingly daily basis, he pivoted and scrambled to keep hope alive, even to the point of declaring in multiple interviews he would further refuse from updating the media out of his belief journalists were attempting to ruin his plans while taking joy in celebrating it.

Attempting to get inside of White’s head with armchair psychoanalysis hasn’t been easy. Was there pressure from parent company Endeavor amid recent layoffs and a large amount of debt accrued in purchasing UFC four years ago to keep product moving? Or was White simply in disbelief about the virus’ true danger? Maybe, as some have suggested, this was White’s way of keeping his company in the headlines regardless of whether putting on a show was even possible.

Either way, White has made this situation more about himself and his personal refusal to take a knee and admit public defeat than it has about anything else. And that’s where the danger sets in. White’s refusal to take a loss has set things up where no one else can win.

Rumors continue to swirl that top lightweight contender Justin Gaethje has been offered a chance to replace Nurmagomedov against Ferguson. And while the fight would certainly be one of the most exciting that could be made in the sport, it has the potential to rob from the payoff of a long-term storyline that already exists, especially should UFC make a brash and erratic decision to somehow strip Nurmagomedov of his belt.

Whether or not you believe Nurmagomedov-Ferguson is a cursed fight that the MMA gods will continue to make sure never happens, it remains the most important one that needs to happen so the historically deep lightweight division can move on.

Ferguson, at 36, is riding a 12-fight winning streak that injury and bad luck couldn’t break. He’s also the most deserving title challenger UFC has on its roster. Nurmagomedov, meanwhile, last lost just a single round in 28 pro fights and remains on pace for inclusion in the sport’s G.O.A.T. debate.

Five years and five attempts into the making, this lightweight duel has too much history for UFC to bastardize its potential by feeding Ferguson the next available name in line. It doesn’t matter if rights holder ESPN wants or even needs the content. It also doesn’t matter if the fighters are willing simply due to boredom or financial need (although several fighters on the canceled UFC London card have revealed they were paid, which is an incredibly positive sign).

Fighting is dangerous enough. Hospitals are overrun. Travel bans have been put in place for a reason.

White’s ability to deflect criticism and focus on his goals despite pushback have served him well as a fighting businessman who helped resuscitate a dead sport and raised a struggling brand to financial prominence. But he’s doing a disservice to everything he has built by dangerously pushing for something that, at this time, simply isn’t needed.

Whether or not you believe the MMA gods actually exist, four times before they have said their piece as to why it wasn’t time for Nurmagomedov-Ferguson to take place. The only charm in this fifth time, under these unprecedented circumstances, is that they are right, not just for this cursed main event but for the health and safety of all fighters.