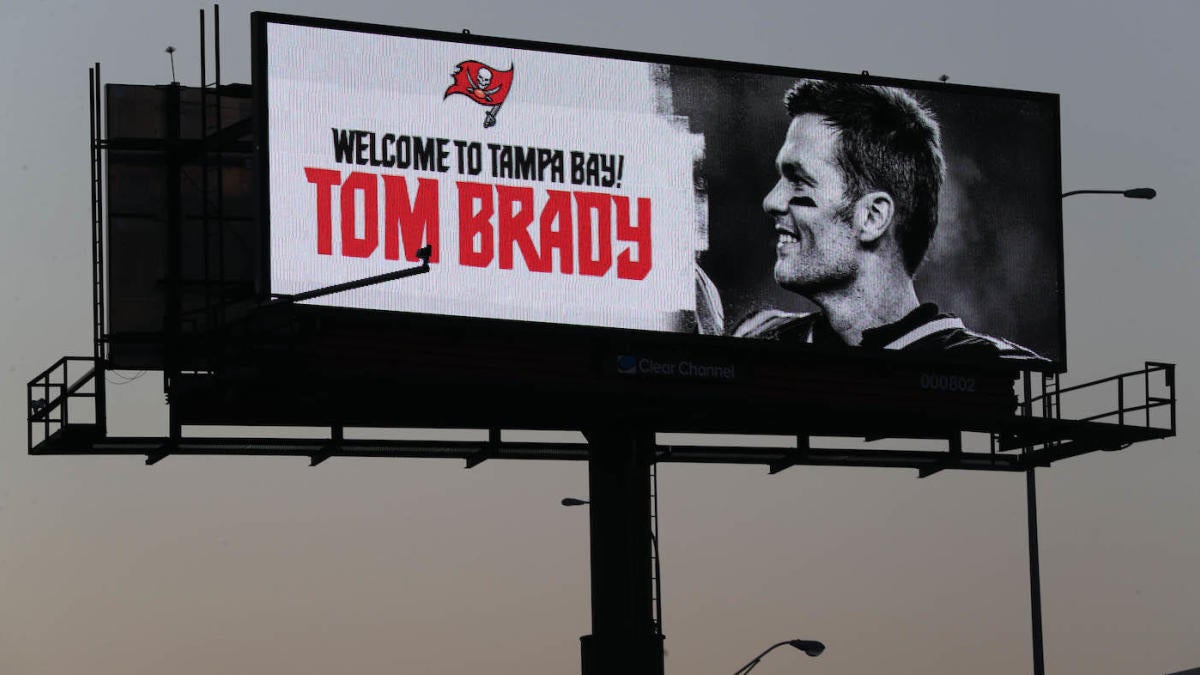 Tom Brady set himself up quite nicely on the field by choosing to join a Tampa Bay Buccaneers offense in free agency that features weapons like Mike Evans, Chris Godwin, O.J. Howard and Cameron Brate. Now that the T’s have been crossed and the I’s have been dotted on his two-year, $50 million contract with the Bucs, Brady is setting himself and his family up lavishly as they settle into their new hometown.

Rick Stroud of the Tampa Bay Times reports that the quarterback has arrived in Tampa Bay and is in the process of moving his family into a Davis Islands mansion built by Yankees Hall of Fame shortstop Derek Jeter. The 30,000 square foot mansion dwarfs the various multi-million dollar digs in the neighborhood and features seven bedrooms, nine bathrooms, an entertainment and billiards room along with a pool overlooking the ocean. You can get a bird’s-eye view of Brady’s new palace here.

The quarterback’s residence is also around a 6-mile drive to the Buccaneers facility, which makes this spot even more desirable.

Jeter, a fellow Michigan alum, finished construction on the house back in 2011 after purchasing two adjacent lots in 2005 and 2006. The former Yanks captain called this his permanent home and lived there during his playing days over the course of Spring Training. In retirement, Jeter has since become the owner of the Marlins, which has him further south in Miami and opens the door for wealthy folks like Brady and his bunch to move on in.

“This is an exciting moment for me in my life,” Brady said during his introductory conference call last week. “I’m kind of taking it day-by-day. The expectation is for me is to come in and do what I feel is right for the organization and that’s to be a great team player. I’m going to try to do everything I can to get up to speed with all of the things that I need to do and what my responsibilities are.”

As Brady continues to cram to learn all the ins-and-outs of the Buccaneers offense over the course of the offseason, he’ll be doing so in one of the nicest spots in the area, which should certainly help the transition in this latest chapter of his NFL career.