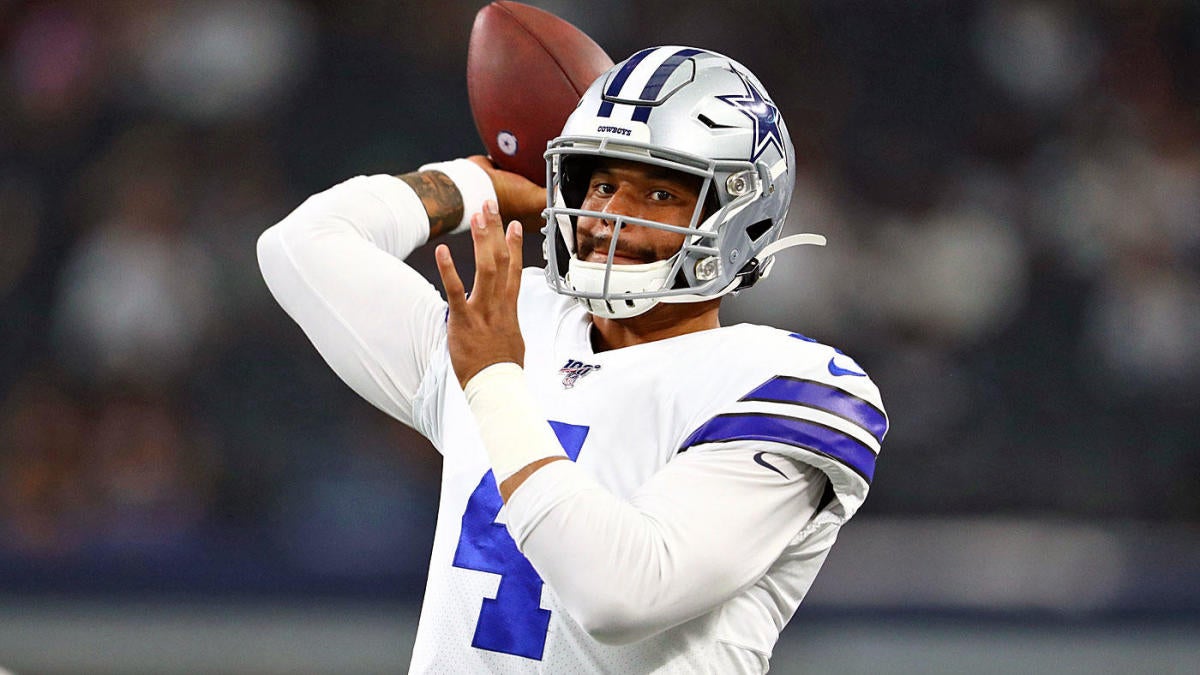 The San Francisco 49ers did the unexpected in 2019, bouncing back from a four-win season to emerge from a powerful pack and win the NFC Championship. San Francisco won’t be sneaking up on anyone during the 2020 NFL season and will have its share of challengers for the title, including a Tampa Bay Buccaneers team that now is led by six-time Super Bowl champion quarterback Tom Brady.

The Niners are listed as +325 favorites to win their second straight conference crown in the latest 2020 NFL odds to win the NFC Championship from William Hill. Two other leading 2020 NFC contenders are the New Orleans Saints (+550) and Dallas Cowboys (+600), according to oddsmakers. Before making any 2020 NFC Championship picks, be sure to see the latest NFL predictions from the SportsLine Projection Model.

The model simulates every NFL game 10,000 times and has crushed human experts on a consistent basis. Since its inception, the model is up over $7,000 for $100 players on its top-rated NFL picks.

And when it comes to NFL win totals, the model is coming off another banner year. In 2019, it went 18-11 on its over-under picks, with three pushes. Now, the model has crunched the numbers on the upcoming season and released its picks to win the 2020 NFC Championship. You can only see them at SportsLine.

SportsLine’s model says the Cowboys are considerably overvalued at +600 in the latest NFC Championship odds 2020 and win the conference in just 5.6 percent of simulations.

There were high expectations for Dallas last year, but the team failed to come anywhere close to meeting them, as it needed a victory over the hapless Washington Redskins in Week 17 to finish with a .500 record. Many questionable in-game decisions were made by coach Jason Garrett, who lost his job as a result of the Cowboys’ disappointing campaign, and the club went just 1-5 against teams with a winning record.

Quarterback Dak Prescott, who received the franchise tag this year, set career-highs with 4,902 passing yards and 30 touchdown tosses in 2019 and running back Ezekiel Elliott rushed for 1,357 yards and 12 scores. Wideouts Amari Cooper and Michael Gallup each recorded over 1,100 receiving yards. However, that did not translate into success, as Dallas’ dubious streak of failing to appear in the NFC Championship Game reached 24 consecutive seasons.

How to make 2020 NFC Championship picks

The model also says one NFC team boasts a win probability that almost doubles its implied odds. You can only see who it is, and the percent of the time each team wins the NFC, right here.

So which team is the best value in 2020 NFC championship futures? And how often does every team win the conference? Visit SportsLine now to see which teams to jump on to win the NFC Championship, all from the advanced model that crushed its NFL picks, and find out.