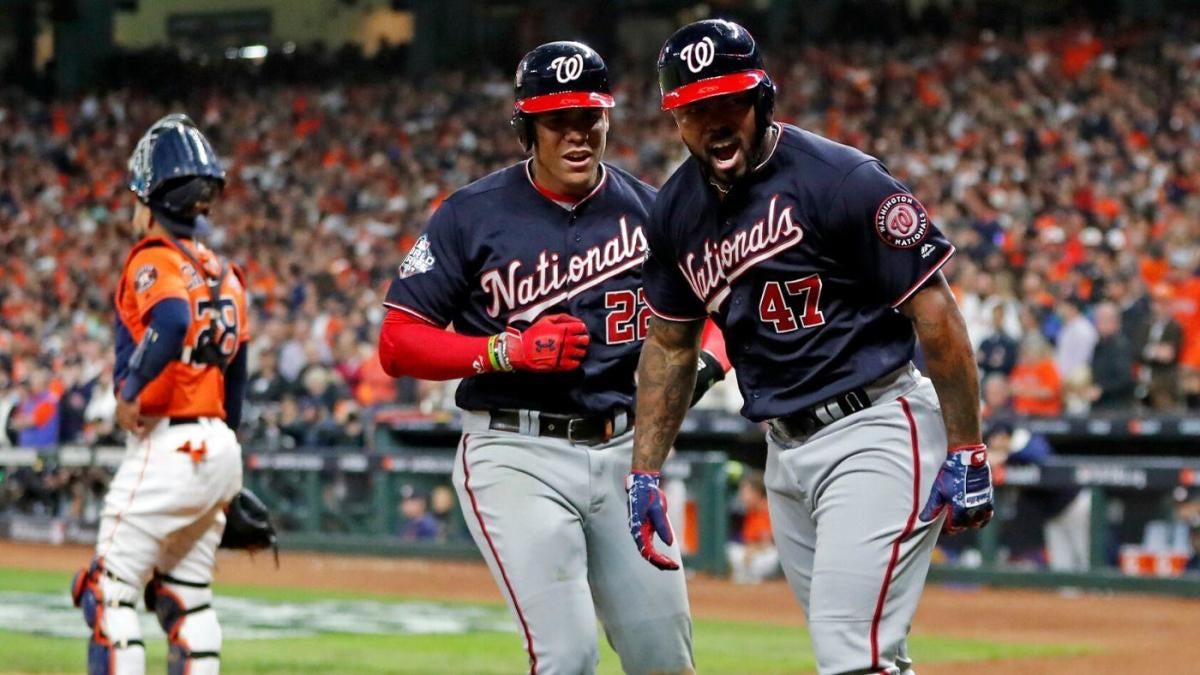 Also consider that if the Astros prevailed, then the sign-stealing scandal that descended upon the game shortly thereafter and called into doubt the 2017 and 2018 outcomes would’ve possibly engulfed a third World Series. That’s because Washington catcher Kurt Suzuki back in February said there’s “no question” the Astros were stealing signs during the 2019 World Series. Since the Astros lost that series — again, in large measure because of Kendrick’s homer — that allegation didn’t carry as much weight as it otherwise would have. In that sense, Kendrick’s home run may well have secured the first undisputed World Series since 2016. Thanks to the very excellent Baseball Gauge we have the highest cWPAs of all-time all in one place. Click here and you can see them. You’ll find that Kendrick’s home run presently ranks 10th all time with a cWPA of 34.8, which means with that one swing Kendrick improved the Nats’ chances of winning both belt and title by almost 35 percent. That’s obviously a whopping figure.  You may be familiar with a stat called Win Probably Added (WPA), which measures how much a single event — such as a hit, strikeout, or nifty grab in the field — increases or decreases a team’s chances of winning a given game. An outgrowth of that is cWPA, or Championship Win Probability Added. That’s the percentage by which a single play increases a team’s odds of winning it all — i.e., the World Series. cWPA is basically a way of quantifying some of the biggest moments in postseason history. In related matters, Kendrick also increased his aforementioned launch angle to a more optimal 11.0 degrees. That’s a fairly common approach these days, what with the presence of the rabbit ball and the related emphasis on driving the ball in the air, but not everyone who attempts to rebuild his swing along those lines can make it work. Kendrick appears to have succeeded. Underpinning the more powerful offensive profile is, yes, a change to his swing prior to the 2019 season. Kendrick started his hands lower prior to his load phase, which naturally allowed him to attack the ball on a bit of an upward path. That, in turn, better allowed him to “elevate and celebrate,” as recent baseball parlance puts it.