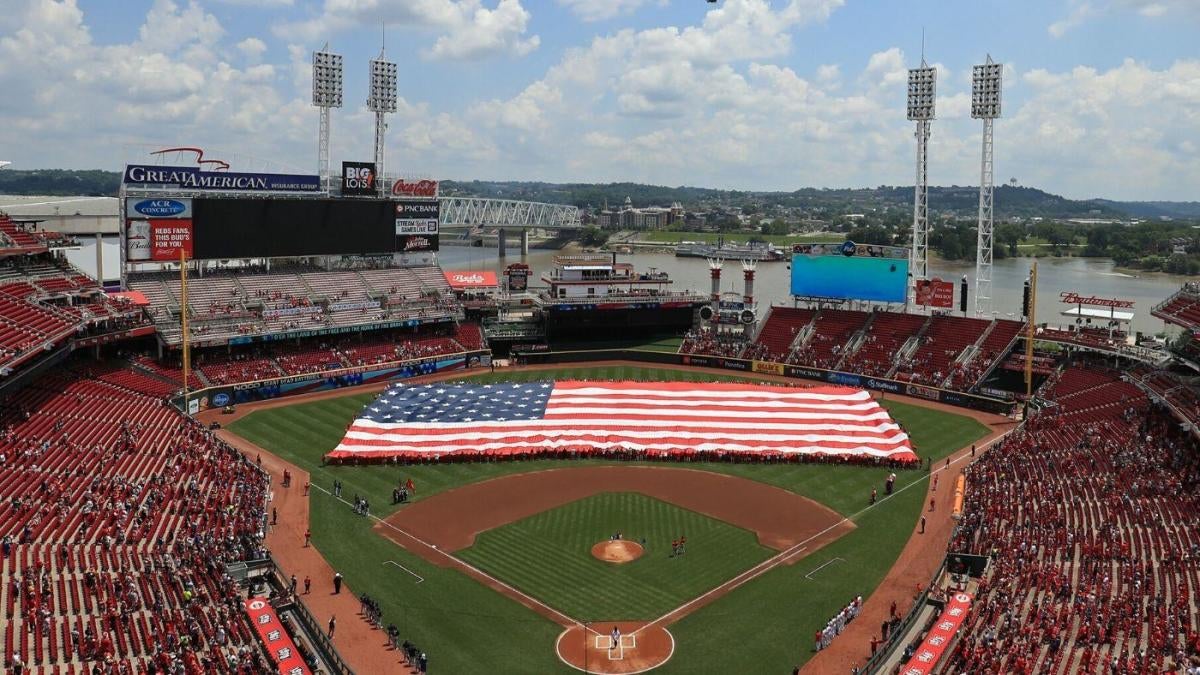 To emphasize, neutral-site games or games in empty ballparks would allow MLB to dodge some of these requirements, but getting the 2020 season underway in time to play 100 or more games increasingly looks like a fool’s errand, what with all the restrictions not only in place but also being extended. As such, maybe it’s time to reconsider what we thought of as our best-case scenarios. On that note, here’s this from Bill Shaikin of the Los Angeles Times: Given how events are playing out and that estimates suggest the virus hasn’t yet peaked in the U.S., this may be baseball’s best hope, especially when you consider that players will once again need at least a couple of weeks to ramp up. Half of a regular season plus a full playoffs sounds may wind up being an unrealistic aspiration, but for now it feels like something on which we can pin our baseball hopes. “Starting with July 4 and ending on Sept. 27 as planned gets the season over on time to leave the playoffs scheduled as they are. That is 85 days. MLB would have to get the players to agree to only having four days off, but they would have all this extra time off and know the season is less than three months long. If that happened, we’d be able to play exactly half a season at 81 games.”

July 4 is already a prominent day on the MLB calendar because of Independence Day in the U.S., and this year July 3 falls on a Friday. No doubt, MLB and the MLBPA are hoping to be playing games before then, but if we do start seeing social distancing measures enforced through late June — and Toronto’s decision likely augurs movement in that direction, at least in Canada and the U.S. — then an Opening Day in early July may be the most feasible target.  Not long ago, our own Matt Snyder explored a variety of Opening Day scenarios for 2020, and July 4 was among them. Here’s part of what he wrote: MLB and the MLBPA (i.e., the Players’ Association) have agreed to consider the possibility of playing games in neutral locations — perhaps those not as afflicted as, say, New York, Seattle, Chicago, and California — and without fans in attendance. Mostly, though, their agreement prioritized these three stipulations for beginning the season: This alone doesn’t necessarily complicate MLB’s timeline, but it could be the start of a complicating trend. The state of Virginia has already instituted a stay-at-home order through June 10, and Maryland has an open-ended one in place. In all, 32 states and roughly 80 percent of the U.S. population are under stay-at-home orders at this writing. While none of those stretches as long as Toronto’s new measures do, it’s a fluid situation and it seems likely that many of those guidelines will be extended.

The ongoing novel coronavirus pandemic has put sports, including Major League Baseball, on hold for the foreseeable future. All along MLB has signaled that its intent is to play as many games as possible and achieve as much normality as possible when it comes to the parameters of the 2020 season. That said, it’s the effectiveness of containment strategies that will determine those parameters.

Speaking of which, events took a possible turn on Tuesday, as Toronto, home of the Blue Jays, announced a ban on public events conducted or permitted by the city through at least June 30. Although, as David Pagnotta tweets, this mandate does not to professional sports, it does constitute a strong recommendation against holding such events at least through the end of June.