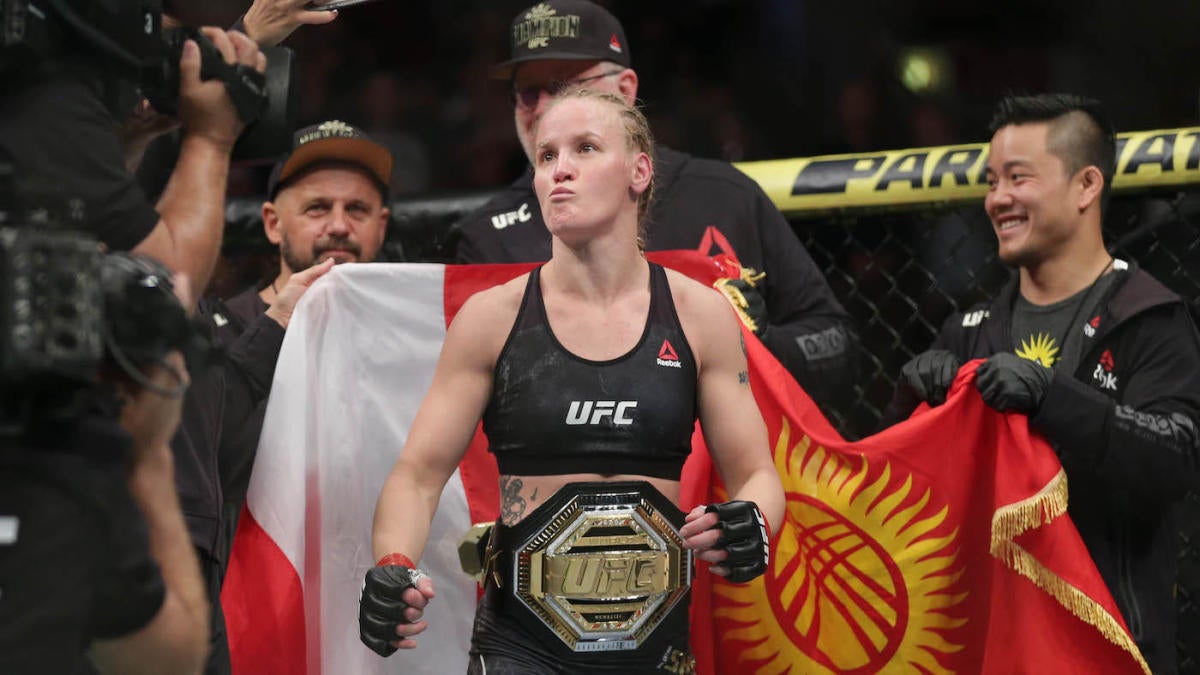 Fans will have to wait a little longer to see Valentina Shevchenko make the fourth defense of her UFC women’s flyweight championship. Shevchenko suffered a leg injury during her one-sided beatdown of Katlyn Chookagian at UFC 247 on Feb. 8, and the dominant 125-pound titleholder told ESPN the injury has not healed sufficiently enough where she’ll be prepared to make that fourth defense in the co-main event against Joanne Calderwood at UFC 251 in June.

Calderwood, who earned her shot at the title after winning a split decision over Andrea Lee at UFC 242 last September, initially alluded to the injury during an interview with MMA Fighting earlier on Tuesday. With the coronavirus pandemic making it difficult — if not impossible — for fighters to train, Calderwood admitted the situation ultimately might be for the best.

“We got word last week that it’s going to get pushed back,” Calderwood said. “Not because of this whole thing, but something on her end. I’m not sure if I’m supposed to say that, but we know for sure that it’s not going to be on June 6. I don’t know, I’m not sure what happened or what’s what, but it’s been pushed back. It could be a blessing in disguise.”

Shevchenko’s run as flyweight champion has established her as one of the most dominant champions in the sport. As she’s enjoyed running through the flyweight division, fans have started to call for a third fight between Shevchenko and two-division champion Amanda Nunes, who was victorious in the first two meetings.

UFC 251 is scheduled to take place on June 6 in Perth, Australia. While not yet officially announced, the event is expected to be headlined by a highly-anticipated rematch between featherweight champion Alexander Volkanovski and former champ Max Holloway.