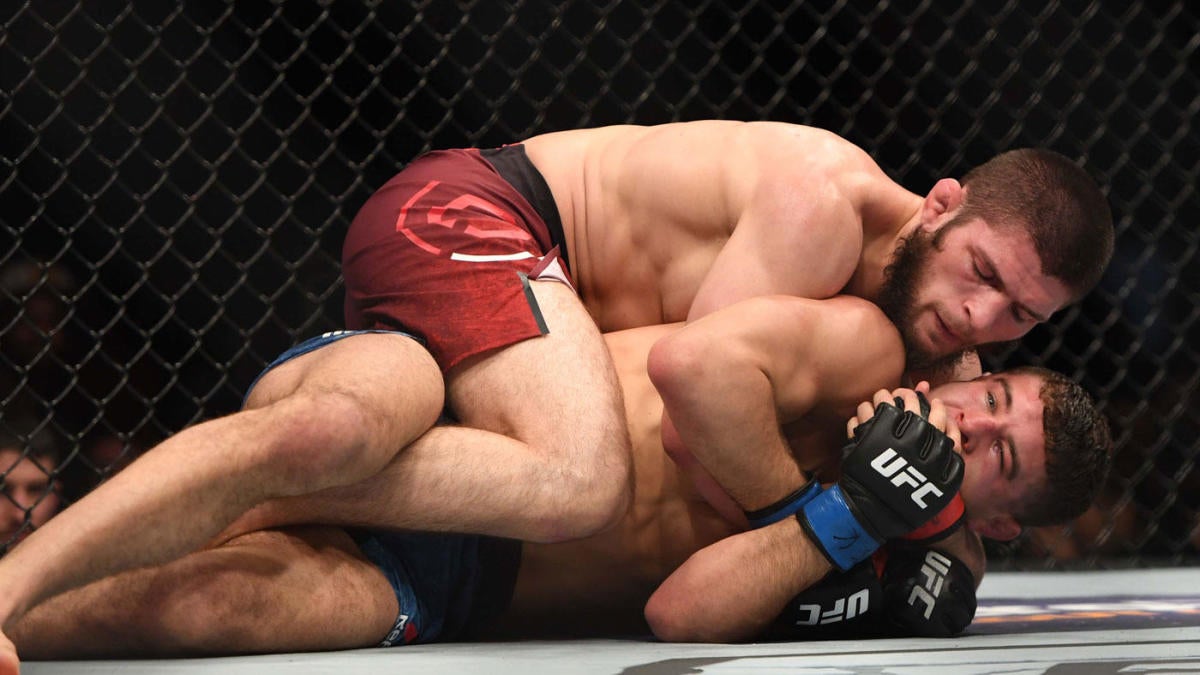 The lightweight division within MMA has a complicated history. The UFC simply did away with the 155-pound ranks for years, leaving the division to flourish outside the Octagon until the stars aligned to finally construct a fully-functioning lightweight division. In recent years, the lightweight division has flourished into a big-money division on the strength of Conor McGregor’s title win and the dominant run of reigning champion Khabib Nurmagomedov.

One of those two bitter rivals — the man currently in possession of the 155-pound title — made the cut for CBS Sports’ top 10 lightweights of all time, but is Nurmagomedov the greatest lightweight in MMA history? That’s a question the CBS Sports experts attempted to answer as we voted to establish the best fighters across a deep history of talented lightweights in the sport.

Let’s take a look at the results of those votes — cast by Brent Brookhouse, Brian Campbell, Jack Crosby and Brandon Wise — and stay tuned in the coming weeks as we work our way through every weight class to determine who are the best fighters of all time.

10. Jens Pulver: Early-career Pulver is one of the most under-appreciated lightweights in history. He captured the first UFC lightweight title with a win over Caol Uno and defended successfully against Dennis Hallman and B.J. Penn, which is a very impressive run from 2001-02. He didn’t lose the title, instead being stripped after leaving the promotion. While late-career Pulver was a shell of what he once was, suffering stoppage after stoppage, his early-career run places him among the division’s all-time elite.

9. Dustin Poirier: A one-sided title loss to Khabib Nurmagomedov last September did nothing to cloud what has been an exceptional run for Poirier since returning to 155 pounds in 2015. Poirier remains 9-2 (1 NC) over the last five years, including a four-fight run of lightweight wins over Anthony Pettis, Justin Gaethje, Eddie Alvarez and Max Holloway which dramatically boosts his historical ranking within the division. Poirier is also a former interim champion at 155 pounds and remains in the hunt for another title opportunity.

8. Rafael dos Anjos: Dos Anjos is a former UFC champion, having won the title from Anthony Pettis and successfully defending it with a 66-second knockout of Donald Cerrone. But his title run is not the sole reason to rank him among the all-time greats. Among dos Anjos’ other accomplishments are wins over Nate Diaz and Benson Henderson during a 10-1 stretch that ran from 2012-15. He is the only man to knock out Henderson, and has been in absolute wars with the likes of Tony Ferguson.

7. Eddie Alvarez: The “Underground King” built his name on toughness and a willingness to travel the world for the next great challenge at 155 pounds. Alvarez has fought everywhere from DREAM, Elite XC and BodogFight to Bellator to UFC, winning titles in almost every promotion he has entered. He currently competes with ONE Championship in Asia and holds victories over the likes of Pat Curran, Shinya Aoki, Michael Chandler, Gilbert Melendez, Anthony Pettis, Rafael dos Anjos and Justin Gaethje. Very few have as versatile a resume as Alvarez, and even less can match his toughness and all-action excitement.

6. Anthony Pettis: One of the most unfortunate things about having an all-time highlight reel moment like Pettis’ “Showtime Kick” against Benson Henderson is that it tends to overshadow the rest of a fighter’s accomplishments. Pettis started his career 18-2, winning the WEC and UFC lightweight championship, both times defeating Henderson to capture the belt. Pettis was a modern prototype fighter, dynamic and explosive on the feet with a well-rounded submission game. Without his late-career fade, including a 4-8 record since his title run, Pettis could have pushed higher up the list.

5. Tony Ferguson: At 36, Ferguson is still building his resume as he waits on the doorstep of his first shot at the undisputed UFC lightweight title. His road to get there has been the stuff of legend. Ferguson is 16-1 since his Octagon debut in 2011 and currently rides a 12-fight winning streak in the deepest division in company history. With wins over Josh Thomson, Edson Barboza, Rafael dos Anjos, Kevin Lee, Anthony Pettis and Donald Cerrone over that stretch, including a brief run as interim champion, it’s hard to argue with his resume. Ferguson has a reputation for being almost impervious to pain, and his unique striking and underrated ground skills make him a tough out for anyone in history.

4. Ben Henderson: There’s a strong argument for Henderson to be even higher on this list, and had Pettis not proven to be his kryptonite, he may well be. Henderson is tied with B.J. Penn for most successful title defenses in UFC lightweight history. He captured the belt from Frankie Edgar, defended it in a rematch and then beat back challenges from Nate Diaz and Gilbert Melendez. He also has a WEC title run in his back pocket and a sneaky good win over Patricio Pitbull in the Bellator cage. Having won titles in the two top promotions and battling many of the toughest opponents available places Henderson on the fringe of the elite of the elite.

3. B.J. Penn: It may seem sacrilegious on the surface to rank such a pioneering legend this low in the rankings at his natural weight, but Penn’s portfolio remains too diversified across multiple divisions to lift him to the top spot. He also may have arrived just a slight bit too early with his early prime filled with victories over much more one-dimensional opposition. Penn also lacks the same elite wins at 155 pounds compared to his contemporaries on this list. Still, no one is questioning Penn’s brilliance, toughness and versatility. A three-year stretch within UFC from 2007-09 saw Penn go 5-0 at lightweight with wins over Jens Pulver, Joe Stevenson, Sean Sherk, Kenny Florian and Diego Sanchez.

2. Frankie Edgar: Edgar was the cream of the lightweight crop during the division’s grappler-heavy late 2000s and early 2010s. When Penn was thought to be unbeatable at lightweight, Edgar came along and beat the king to become lightweight champion, then defeated him again in the rematch. A pair of epic wars with Gray Maynard cemented Edgar’s reputation as a blood-and-guts fan favorite. The 15-1-1 run to start Edgar’s career is one of the most impressive stretches in the division’s history and pushed him to the No. 2 spot in our rankings.

1. Khabib Nurmagomedov: It will be interesting to see just how high “The Eagle” will eventually be ranked among history’s greatest fighters, regardless of weight, should he be able to continue an unprecedented unbeaten start to his career at this level which has reached 28 fights. Despite lengthy setbacks due to injury and bad luck, and a commitment to observing Ramadan which has limited his fight availability, there is only one word to describe Nurmagomedov: dominant. His one-sided 2018 win over Conor McGregor in the biggest fight in MMA history was noteworthy because Nurmagomedov finally lost a round for the first time in his career. A world-class wrestler from Dagestan, Russia, Nurmagomedov has perfected his ground-and-pound style to victories over the likes of Rafael dos Anjos, Edson Barboza, Al Iaquinta, McGregor and Dustin Poirier.