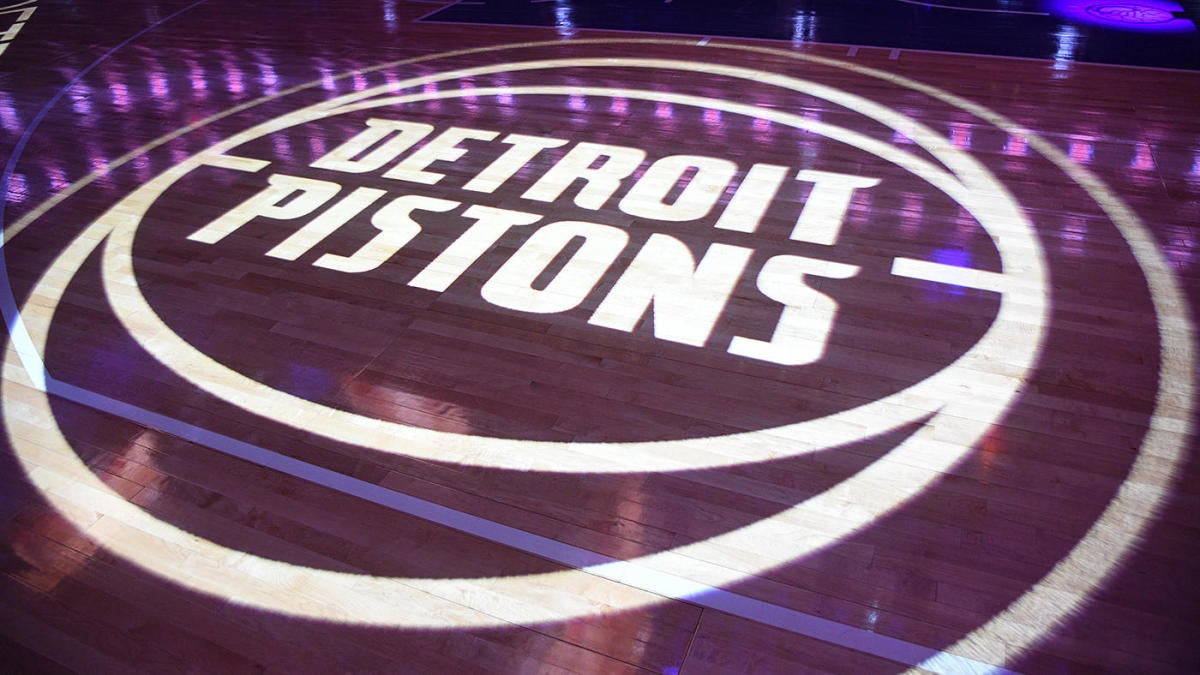 For the first time since being admitted to the intensive care unit on March 23 due to complications from the coronavirus, beloved Detroit Pistons scout Maury Hanks successfully passed his breathing trial and was taken off a ventilator on Tuesday, CBS Sports has confirmed. His physicians at the University of Tennessee Medical Center have warned there is a chance he could regress and again require ventilator assistance, but for now this is the biggest step the 57-year-old has taken toward recovery.

On Monday, Hanks’ oxygen levels had improved to a point where doctors were able to decrease the work of the ventilator to test how his body responded to breathing on its own, but he was only able it make it for 30 minutes before having to ramp the ventilator back up. His wife, Susan Hanks, told CBS Sports that part of Maury’s struggle to maintain his oxygen levels had been a product of his agitation in coming out of sedation.

“He’s been unconscious this whole time, under heavy sedation,” Susan said. “You can imagine waking up, he’s so groggy, he doesn’t know where he is, and he has a tube down his throat. The doctors are dumbing it down for me, but basically, when he gets agitated and struggles laying in bed, it makes it harder for him to breathe.”

On Tuesday, Hanks was fitted with earbuds so Susan, in an effort to calm her husband, could talk to him the whole time he was coming out of sedation and trying to breathe on his own. It just might’ve worked. Doctors will monitor Hanks for the next 24 hours. If all goes well, he will be transferred to a COVID-19 step-down unit, likely on Wednesday.

Prior to Hanks passing his breathing trial on Tuesday, an emergency experimental drug called lenzilumab, which is close to entering Phase III of FDA testing as a possible coronavirus treatment, arrived at the UT medical center for potential “compassionate use” on Maury, CBS Sports learned.

Compassionate use is reserved for scenarios in which all other options with FDA approved drugs — of which there are currently none that treat coronavirus — have been exhausted. If such situations, a physician can submit a request for emergency use of a drug that has not been fully approved, and both the physician and the patient (or their family) have to be informed of the risks and sign off for the treatment to be administered.

Lenz is rapidly becoming one of those drugs being considered, and ordered, for compassionate use. With support from some of the leading hospitals and testing centers in the world, there is optimism that this drug — which has been in development for nearly three years to treat conditions such as asthma, certain kinds of cancers and even rheumatoid arthritis — could potentially come to market and help ultimately put a lid on the worst-case scenarios of the coronavirus pandemic.

The hope all along was that Maury would not need this drug, but Susan wanted his physicians to have it at their disposal just in case. Even if Maury makes it out of the woods without having to use the shipment of lenz that was sent for him, the UT medical center can store it to perhaps use for another patient down the road.

The way Susan even found out about the potential emergency treatment being an option for her husband speaks to the tightly connected fabric of the NBA family. Last Thursday, three days after Maury had been put on a ventilator, Susan was forwarded a text from Phil Weber. She had never heard that name before, but Weber — a longtime assistant coach with the Phoenix Suns, New York Knicks and New Orleans Pelicans who also served as an offensive consultant to the Miami Heat during their 2012-13 championship season — certainly knew Maury.

“That’s where it started,” Susan said. “I mean, here I am sitting at home, my husband’s in the hospital fighting for his life. I can’t see him, I can’t talk to him, and I get this text out of nowhere. And Phil is saying he is friends with Dr. Cameron Durrant and that he’d like to see if this treatment Dr. Durrant is working on might be a possibility for Mo [Maury].

“I said, ‘Absolutely. If there is anything we can do to help my husband, let’s do it,'” Susan continued. “So I got in touch with Phil, and later that day, I was on a call with Phil and Dr. Durrant.”

Dr. Durrant is the Chairman and CEO of Humanigen, the biopharmaceutical company based in San Francisco that is potentially moving to the forefront of the coronavirus fight.

“In COVID-19, patients who fare poorly and wind up in the ICU and on ventilators, patients like Maury, they have a trigger event, and that event is called cytokine storm,” Dr. Durrant explained to CBS Sports. “Cytokines are chemicals that are produced in the body normally, and in certain situations, like when you’re fighting an infection, those cytokines get revved up. That’s the storm.

“In a condition like rheumatoid arthritis, that storm is happening in the joints,” Dr. Durrant continued. “With COVID-19, the same thing is happening, only it’s happening in the lungs. That’s the only difference. Cytokine storm is the unifying factor here, and it just so happens that we’ve been developing this drug for almost three years, obviously for other purposes, to prevent or minimize cytokine storm.

“We happened to be in the right place at the right time with all the prior work we had done on lenz. Now the issue is we’re getting so many requests that we just don’t have enough of the drug to satisfy all the demands and to complete the final Phase III study. So we’re going to have to be very careful how much more we can actually ship out. We’re a small company. We were never capitalized to deal with this sort of thing, and frankly, no one else is, either. We’re looking to scale as quickly as possible, and we’re trying to get lenz into studies as quickly as possible to see if we can get it approved.”

Lenz isn’t the only potential coronavirus treatment that’s been in the news of late. On Sunday, the FDA issued an emergency approval of the anti-malarial drugs hydroxychloroquine and chloroquine for widespread use in coronavirus patients. Millions of doses will reportedly be distributed to hospitals across the country. However, none of this means the FDA has expedited a formal approval of these anti-malarial drugs.

What it means is the FDA has determined it is worth the risk, in an emergency situation, to allow doctors to administer a drug that has not met traditional approval criteria. In essence, it has been cleared for compassionate use — the same process by which Maury’s physicians requested and received lenz, if not as widespread.

In order for any of these potential coronavirus treatments to achieve the full FDA approval, they have to clear all three phases of testing. So far, none have done that. Nobody knows for sure what will or won’t work until testing happens in actual coronavirus patients.

So the race continues, and the requests for different drugs — for both testing and potential emergency prescription — keep coming. Dr. Durrant and his staff are working 18 hours a day, seven days a week, and yet he has still been carving out regular time to speak with Susan and Maury’s physician in Knoxville, Tennessee.

“It’s still just so unbelievable to me,” Susan said. “One minute, I’ve never heard this man’s name, and the next, he’s taking a personal interest in helping my husband. I will never be able to repay him, however this turns out.”

Long before Tuesday, Susan had begun talking to Maury through a phone held up to his ear even though he was unconscious. “You never know what someone can hear,” she said. Each night she spent two hours reading him all the texts and well wishes that have come pouring in from the NBA community.

“I know [Maury’s] worked in the basketball business a long time, but I really had no idea how many friends that we have,” Susan said. “The number of people that have been reaching out is honestly mind-blowing. If he makes it through this, I don’t think he’ll ever be able to thank everyone that has called and checked up on him. It’s just been unbelievable.

“I mean, even just Phil thinking about Maury and making this contact with Dr. Durrant happen,” she added. “He didn’t have to do that. Like I said, I’ve never met him. The NBA family has shown up for Maury like I never could’ve imagined.”