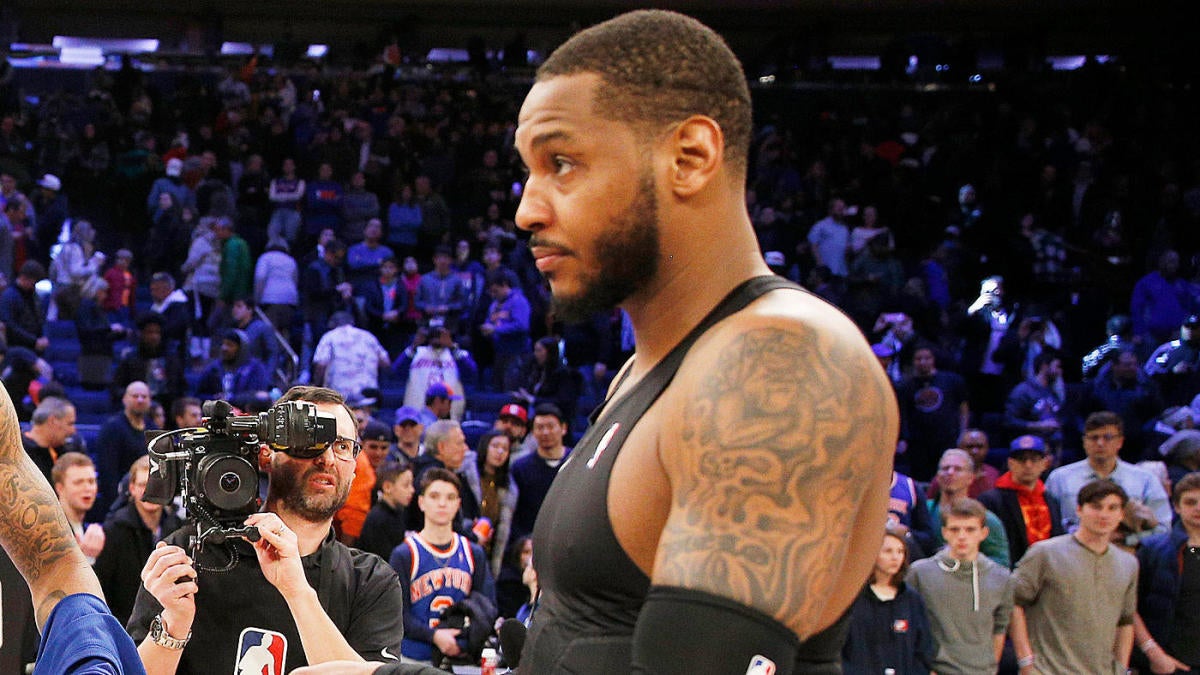 The 2003 NBA Draft was one of the best in recent memory. Out of the top five picks, four of them — LeBron James, Carmelo Anthony, Dwyane Wade and Chris Bosh — are future Hall of Famers. The outlier is Serbian forward Darko Milicic, who was selected second overall by the Detroit Pistons. Milicic lasted in the league for a decade and appeared in 468 games, but with career averages of 6.0 points and 4.2 rebounds, he failed to live up to the high expectations that came with being the second pick.

In turn, Milicic’s career pales in comparison to the other players drafted directly after him, including Anthony, who was selected third by the Denver Nuggets and went on to become a 10-time All-Star. Despite his individual accolades, Anthony has never won an NBA title, but he feels he would have won at least a couple of championships if the Pistons had selected him instead of Milicic back in 2003. The Pistons went to back-to-back Finals in 2004 and 2005, and won a ring in ’04.

“I don’t know what I would have been if I had went to Detroit,” Anthony said in an Instagram Live chat with Wade. “I know I would have maybe two or three rings.”

Anthony and Wade also had a laugh at Milicic’s expense during the live session, with Wade saying that he didn’t know who Milicic was before the draft, and Anthony saying “who?” when Milicic’s name was brought up.

During the same live session with Wade, Anthony also said the Nuggets should have won the title in 2009. Anthony and the Nuggets lost to the Los Angeles Lakers in the Western Conference finals that season, and the Lakers then went on to defeat the Orlando Magic in the Finals.

“We really wanted Orlando in the Finals that year,” Anthony said. “If we get Game 1 in L.A. and Game 2, we going back to Denver, we sweeping them. We would’ve swept Orlando too that year.”

Despite all of the success that Anthony has had over the course of his playing career, the fact that he has been unable to win an NBA title is clearly something that weighs on him.