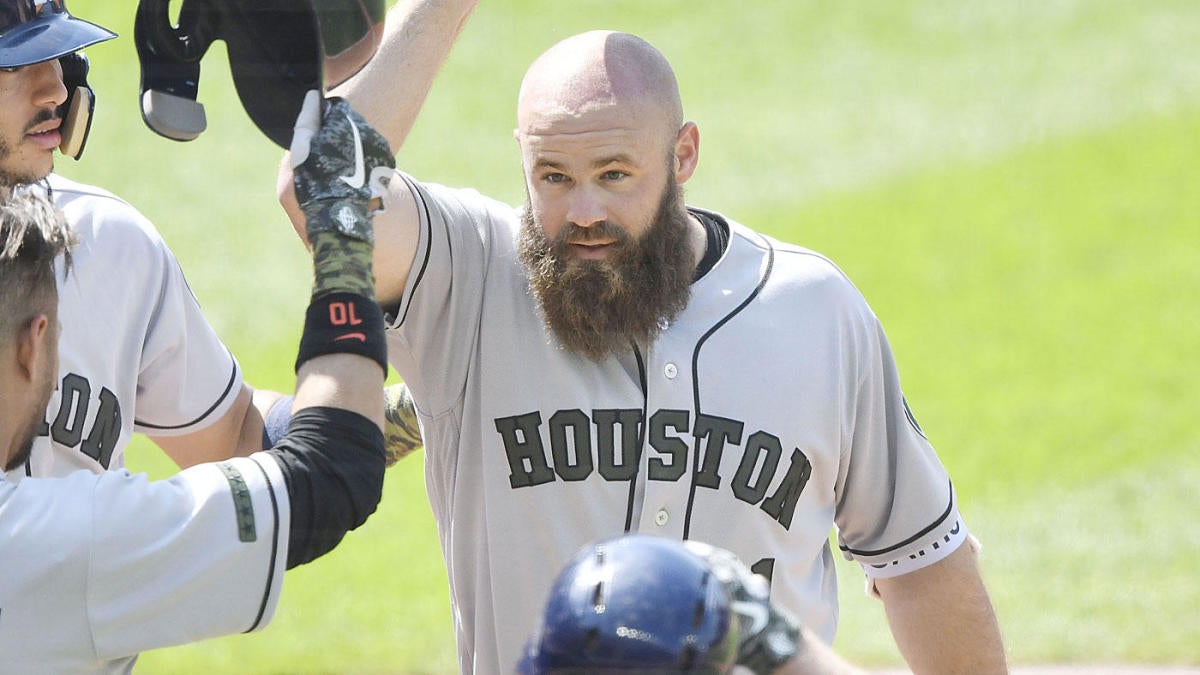 Former Astros catcher Evan Gattis recently tweeted out a photo of a glass with an image of his former teammate Mike Fiers, accompanied by a caption ‘snitches get stitches.’ Fiers was the whistleblower regarding the Astros illegal use of technology to steal signs. The right-hander went on the record to The Athletic’s Ken Rosenthal and Evan Drellich about the sign-stealing scheme last November. After Gattis sent out the tweet, the 2017 World Series champion seemingly walked back his perceived insult against Fiers. The MLB season may be on hold at the moment due to the ongoing coronavirus pandemic. But there’s still drama as it pertains to the Houston Astros cheating scandal.”For the record I have zero bad feelings towards Fiers,” Gattis wrote in a tweet. “We have actually texted and I hoped he didn’t get too much hate/ (actual scary hate mail, threats etc.) he was our teammate. I just thought the glass was funny” If we go off of Gattis’ follow-up to the image he tweeted, it doesn’t seem he agrees with the sentiment of the message from his original tweet. But, it’s a message that’s been unfortunately used against Fiers, and for his trouble, he’s received death threats and the ire of some former players, like David Ortiz and Pedro Martinez.