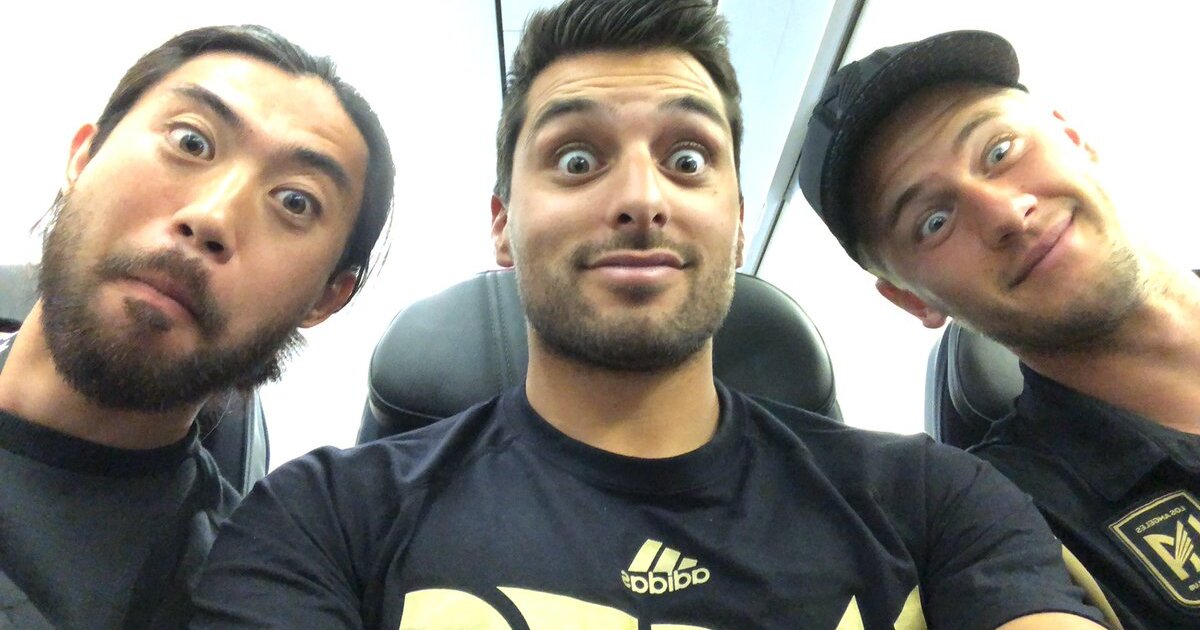 In the 16 days since the COVID-19 pandemic forced the suspension of the MLS season and drove LAFC out of its training center at Cal State L.A., Guzman has become an expert in social media, an off-site workout organizer, head of an online chess club and confidant to the team’s players and staff — all in effort to create some normality and comfort at a time when nothing is normal or comfortable.

“Some people, maybe in a few years, they’ll say ‘I had all the answers’ and ‘I knew it,’ ” Guzman said. “I don’t have all the answers. All I know is that the connection with these guys is important.”

More important, perhaps, than his original goal, which was simply to monitor the players’ daily workouts.

With gyms and parks closed, team training sessions banned and everyone ordered to shelter in place, Guzman and his staff set up mini-workout facilities in each player’s home, then turned to an online app to monitor those workouts.

Players wear heart-rate monitors when they exercise and the readouts from those sessions are compared with detailed information Guzman has collected from the time each player joined the team. As an example, he pointed to midfielder Mark-Anthony Kaye.

“I know how much time in the red zone, from a heart-rate perspective, [he] spends,” Guzman said. “What I can do is work back from that data and aim for that amount of time in that high-intensity heart-rate zone.”

Heart rate isn’t as important for goalkeeper Kenneth Vermeer. But LAFC has stats on how many times he jumped during a training session so Guzman can devise drills to replicate that.

“We can measure what’s important to us and then give them feedback based on their individual needs,” he said.

What Guzman and his staff couldn’t measure was the mental well-being of the players. They quickly came to realize that was far more important.

“Guys are getting cabin fever. Or they’re getting bored,” Guzman said. “So the biggest thing I can do right now is give them a good connection and communication.”

However phone calls weren’t enough. LAFC has one of the tightest teams in the league, yet after two weeks of isolation, some players were already feeling separation anxiety. So Guzman, athletic trainers Sean Kupiec and Luis Ramirez and physical therapist Jason Han turned to the internet, organizing group stretching sessions on Zoom and using Instagram, Twitter, TikTok and Snapchat to check in with players, sometimes several times a day.

“The more face-to-face time we can get, the better,” said Guzman, who is working from the house of his wife’s grandmother in Laguna Beach, where his family is staying during the quarantine. “We want to see their faces and joke around with them and just check in and make sure they’re doing all right.”

Video chats are organized based on language, interests, even the time of day someone feels like engaging. That has meant FaceTiming with forward Brian Rodriguez in Spanish at 10 p.m. or holding a Zoom session with defender Mohamed El-Munir in the morning. Some players have sent pictures of supplements they want to take or videos of the breakfast they’re about to eat.

“Any type of communication that we would normally have at the training facility, we’re trying to maintain that,” Guzman said. “Our locker room has just moved to a virtual locker room. We have a team group chat that is still very active. They’ll throw something out there that may not be related to football but it’s just something funny they saw. And guys will respond to that.

“Finding routine, keeping these guys engaged — we’re honestly just trying to find new ways. If we fail we’ll learn from that. If we find success we’ll build off that.”

Sometimes that means improvising. In normal times morning ping-pong games were popular at the training center. That’s proved difficult to replicate online so Guzman has replaced it with evening chess games.

None of this fits the strict definition of what it means to be a soccer team, but in LAFC’s case it has strengthened it.

“I think everyone’s going to walk away from this being a little bit more connected,” defender Jordan Harvey said.

“This is a different challenge for all of us,” Bob Bradley said. “Normally with teams the strength comes every time you get together. Now you’ve got to find ways to engage the group when you’re not together. Caring about each guy, understanding how they’re doing, reaching out, those are the keys.”