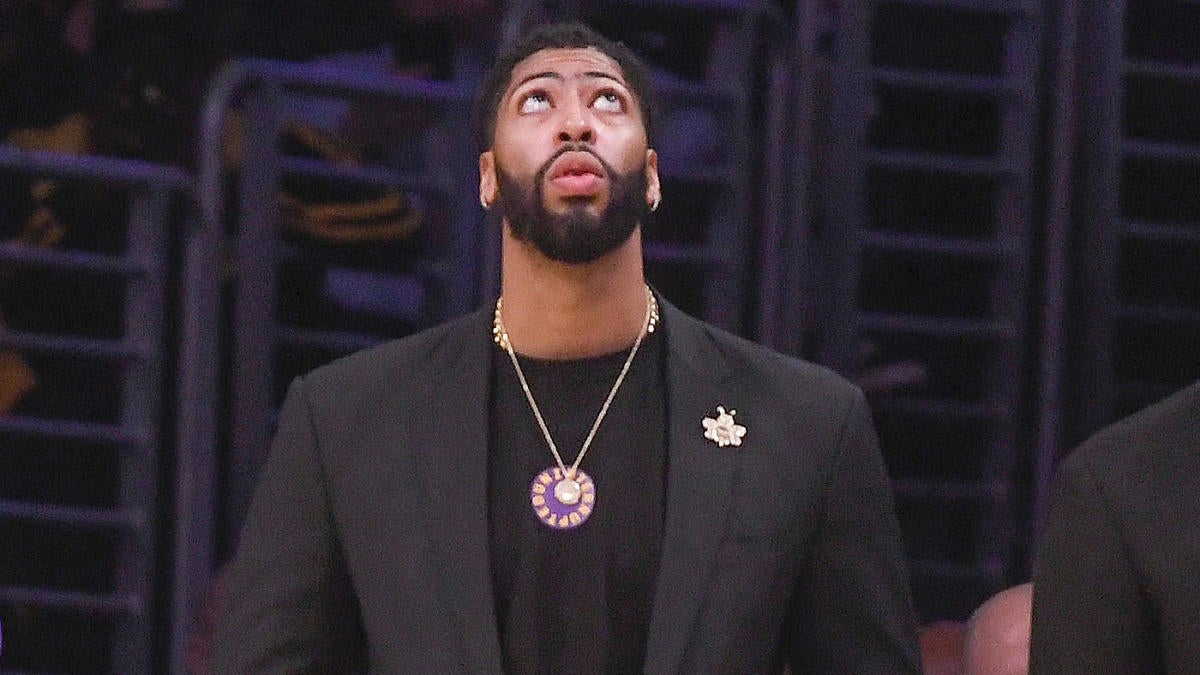 Two players on the Los Angeles Lakers tested positive for the coronavirus earlier this month, but superstar forward Anthony Davis wasn’t one of them. In his first public statement since the NBA suspended its season indefinitely on March 11 due to the outbreak of COVID-19, Davis revealed that he tested negative for the coronavirus, but is doing his best to stay informed and busy during what is a very difficult time for everyone.

“Obviously it’s a tragedy and devastating,” Davis said to Tania Ganguli of the Los Angeles Times. “There’s a sadness of what’s going on with our players around the league, our players families and everyone around the world. When a lot of people are going through it and able to share their stories and share the severity of the situation it helps everyone out. It opens people’s eyes … a lot of people aren’t too informed about it.

“I knew right away we would probably get tested,” Davis continued. “It’s kind of tricky because some guys, you feel fine and you could have it, asymptomatic. And some guys you have all the symptoms. I felt fine and I felt great. I still do. [At the time] I was like that doesn’t mean I don’t have it. We all showed up and took the test. It was fine.”

Davis and his Lakers teammates, who have been self-quarantining for two weeks, may not be able to congregate or work on their craft collectively as practice facilities are closed across the league, but they’ve been keeping in touch and staying in tune with the game by sending each other tape while individually staying in shape. The Lakers were the top seed in the Western Conference with a record of 49-14 when the pause button was hit on the season.

“We’re sending each other highlight tapes because we miss the game,” Davis said. “… Guys are finding a way to work out safely because you know the season isn’t over. We want to make sure we pick up where we left off. We were in a great place.”

Aside from studying game tape, Davis is spending his time like a lot of people probably are as he deals with this pandemic — by playing video games, watching movies, and sleeping. “After that [I] have 18 hours left to figure out what I’m going to do,” Davis said. “Video games only last for a little bit. Movies only last for a little bit. I’ve been going to sleep a lot earlier than normal.”

Despite the current high level of uncertainty surrounding the situation, NBA commissioner Adam Silver is optimistic that the season can still be salvaged, to an extent.

“I’m optimistic by nature, and I want to believe we’re gonna be able to salvage at least some portion of the season,” Silver said. “Again, I’d say we’ve done new and creative things in the past, we experimented with this year’s All-Star Game with a unique ending, we’ve talked about play-in tournaments for going into the playoffs, there may be other things we can do with the format. I know I’ve heard from a lot of our players. It’s been less than a week, they’re going stir crazy, they want to play, they want to compete.. We’re gonna try by every means we can to play basketball again, but the safety and health of our players and fans is first.”

At least Davis, and a lot of other players, will be well-rested when — and if — the season ultimately resumes.