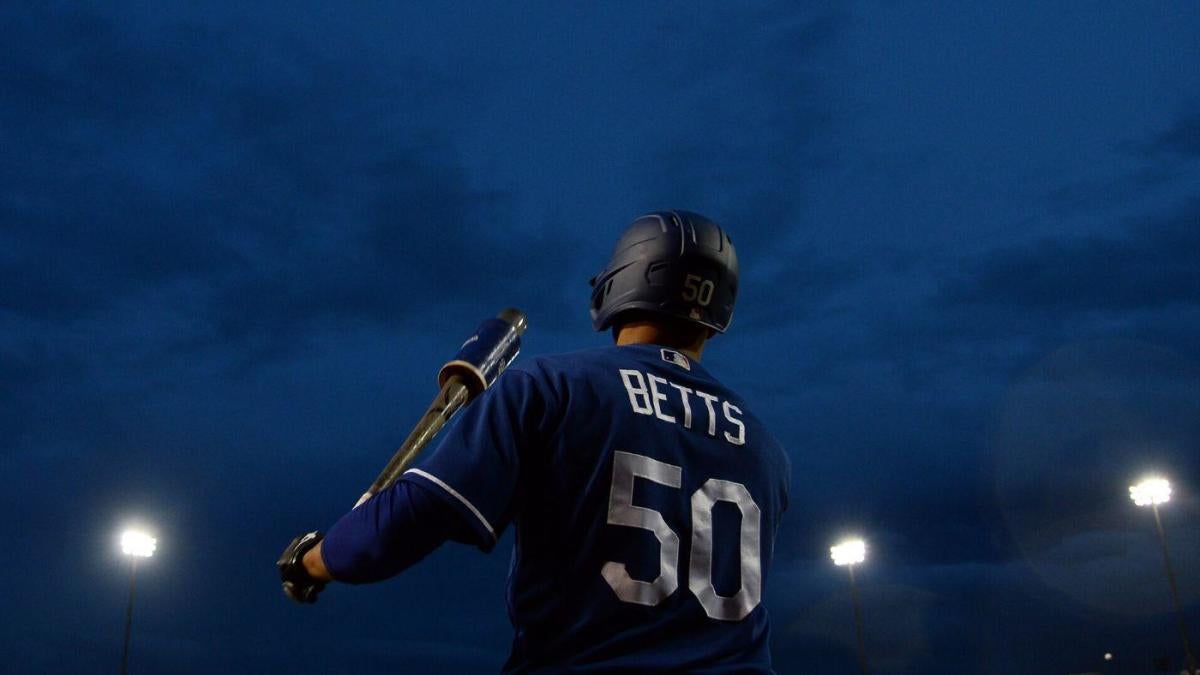 Now consider what’s at stake. Mookie Betts is to be in his walk year. Now imagine that he has to push free agency back another full season. On the other side, consider the Dodgers, who acquired Betts from the Red Sox earlier this offseason. Imagine that the players get full service time for 2020 despite a cancelled season, and the Dodgers in turn never see Betts play a game for them. If the owners prevail, then Kris Bryant’s free agency gets pushed back yet another season, and Jack Flaherty doesn’t see his arbitration years begin until after the 2021 season. This is but a tiny sampling of the potential aftereffects.  At this point, a reading of the relevant passage of the collective bargaining agreement, or CBA, which governs the labor relationship between MLB players and teams, will be illuminating. Here’s an excerpt from Article XXI of the current CBA:

For the uninitiated, here’s how it works: This should be simple enough. Recently, Joel Sherman of the New York Post and Ken Rosenthal of The Athletic reported that talks were ongoing between MLB and the players association (MLBPA). At that juncture, MLB for 2020 was willing to grant a full year of service time at 130 days rather than the usual 172. If the season doesn’t last long, then MLB would prorate downward. Such negotiations — again, if there’s no 2020 season — will almost necessarily be contentious. Also, recall that the CBA, expires after the 2021 season, and there’s every indication that a major showdown over the sport’s economic structure, one that for a variety of reasons has come to benefit owners over players, could be in the offing. The prelude to that could be a bitter battle over 2020 service time. A typical MLB regular season lasts 187 days, and players must be on the 25-man (now 26-man) roster or IL for at least 172 of those days in order to accrue a full year of service time. On occasion, you’ll see a team hold down a fully ready prospect for at least 16 days in order to prevent him from earning a full year of service time in his rookie season. By doing so, the club in essence secures an extra year of cost and team control over the player, since his free agency and arbitration eligibility is delayed for a full season. This is what happened with, among others, Kris Bryant of the Cubs, who filed a grievance (and lost) over the issue. As well, clubs can use the implied threat of such service time manipulation to persuade players to sign long-term extensions early in their careers that entail very little risk for the team. This dynamic is perhaps evident in the White Sox’s recent signings of coveted young outfielders Eloy Jimenez and Luis Robert.  That’s a fairly owner-friendly way to approach the issue, especially since having a regular season that lasts at least 130 days seems increasingly unlikely. The obvious way forward would be to let the current structure inform the agreement for 2020. At present, players earn a year of service time if they’re on the active roster or major league IL for 91.98 percent — the undaunted among us will round that up to 92 — of the regular season calendar (172 out of 187 days, as noted above). You take that percentage and apply it over whatever remains of the 2020 MLB calendar. It’s simple enough, and it requires no meaningful departure from the agreed upon rules. In any case, one source close to negotiations confirms to CBS Sports that talks are still ongoing, and another source said he’s “optimistic” that something gets worked out between the two sides. It remains to be seen to what extent the 2020 season can be salvaged and propped up, but the financial incentives to make something happen — even if it’s abbreviated beyond the point of precedent — is very strong. That’s why wholesale cancellation of the 2020 season seems unlikely. MLB and its constituent owners are going to do everything they can to avoid losing an entire season’s worth of revenues. If the pandemic doesn’t allow that, though, then the consequences of vaporized season will stretch far beyond “just” 2020.(* Select players known as “super-twos” are eligible for arbitration following their second full year of service time and thus can go through arbitration four times instead of three.)”If it were to go to hearing an arbitrator always starts with the plain language of the CBA,” one veteran union negotiator who is not affiliated with the MLBPA tells CBS Sports. “One side might have some leverage based on the plain language. … Based on the plain language, if the season never starts, the service time is not credited to any players. It’s not based upon dates, it’s based upon first game to last game.” The service time issue, however, is a more nebulous situation in the absence of a 2020 season. Per Rosenthal, the players should the season get cancelled will request that players who met certain service time thresholds in 2019 be granted a full year of service time in 2020. The owners will no doubt counter that since there was no 2020 season then, ipso facto, there was no service time.As such that “plain language” probably doesn’t help the players’ cause if it comes to the point of an arbitrated dispute. No doubt, this isn’t lost on the owners, who will proceed from a state of assumption — i.e., that an arbitrator would side with them — in their negotiations.As we’re all aware, the ongoing COVID-19 crisis has delayed Opening Day of the 2020 season, and for how long we do not know. The logistical challenges of preparing for a season of unknown onset and unknown length are many, and one of those will no doubt be sorting out service time.

This would constitute a nightmare scenario for all involved. Fans are deprived of a full season of baseball at its highest level, and owners miss out on a season of revenues. As well, players don’t get paid after their spring training per diems expire in early April. Since the epidemic has been declared a national emergency, the owners likely have the contractual grounds to withhold salary. If there’s no season, then there’s very likely no salary for players.

Major League service will be computed commencing with the date of the first regularly scheduled championship season game, through and including the date of the last regularly scheduled championship season game; provided, however, that one full day of Major League service shall also be credited for any tiebreaker game 104 105 played following the conclusion of the last regularly scheduled championship season game but before the commencement of postseason play pursuant to Major League Rule 33(c) (subject to the maximum of 172 service days in any season). This rule shall apply uniformly to all Players and all Clubs notwithstanding differences in a particular Club’s schedule.The point is that there’s a zero-sum underpinning to service time — hitting those service time benchmarks means higher salaries for players, but it also means increased expenses for teams. And that primer brings us to the uncertain 2020 season ahead of us.  But then the caveat: “If there aren’t games, I don’t know what the solutions would be.”While the sport of baseball is famously played without a clock, the professional life of the ballplayer is governed by time in the most essential sense. “Service time” is the term for how much time a player has spent on in the majors, either as a member of the active roster or on the injured list. It’s service time that marks the path toward financial security and, in many instances, generational wealth for the major-league player.