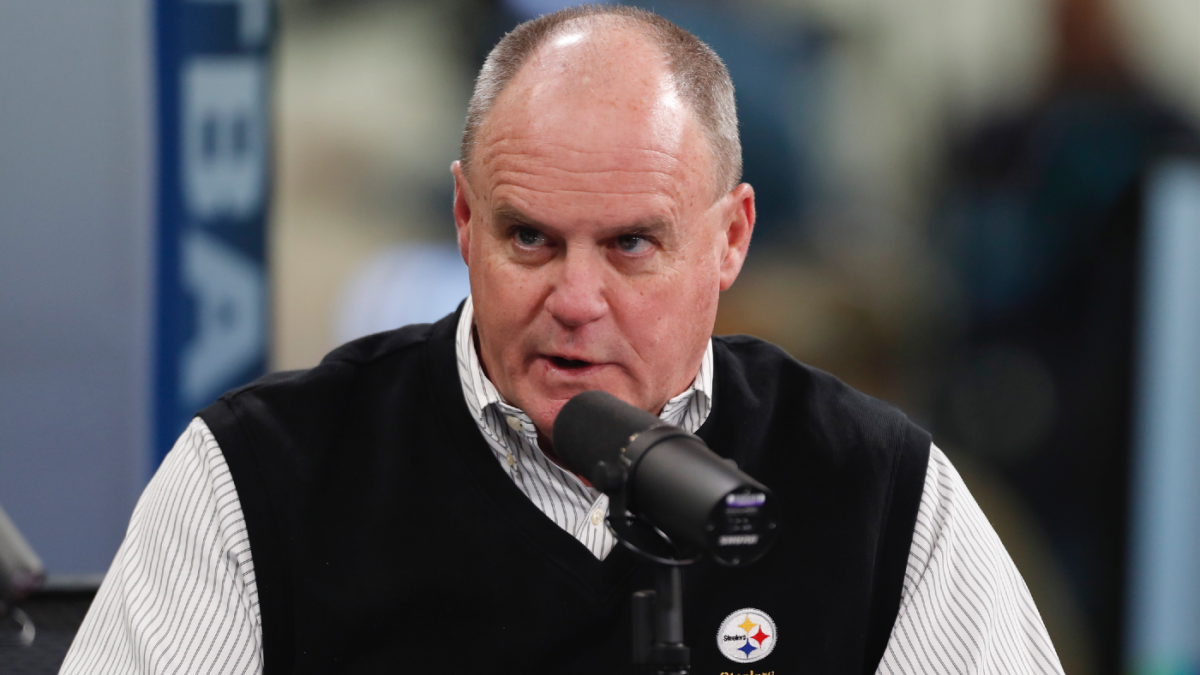 Kevin Colbert’s past week hasn’t been much different than every other week he’s spent trying to build the Steelers‘ roster for the upcoming season. The main difference, obviously, is that Pittsburgh’s longtime general manager is doing the work remotely, as the country continues to practice social distancing with the hope of stopping the spread of the coronavirus. (Get the latest on the coronavirus pandemic at CBS News.)

Colbert, who is preparing for his 21st draft as a member of the Steelers’ organization, says that the team has made the necessary adjustments after NFL commissioner Roger Goodell informed teams that they need to begin working outside of their facilities earlier this week.

“Prior to us having to leave the offices, Scott Phelps from our IT department, Bob McCartney through our video department, they did a great job of making sure that we could conduct such meetings from our homes,” Colbert said during a recent interview with Steelers.com’s Missi Matthews. “We have all the information that we have at this point available to us. We have the video that we need to discuss and work through in these meetings available to us. And really, it’s like we’ve been in the draft room for the last two days working from our homes. We’ve had really good, productive meeting days. And we’re just trying to stay ahead of the situation we’re in from a work standpoint.”

The NFL combine and several college pro days were conducted prior to the precautions being implemented. Conversely, many pro days did not happen prior to next month’s draft. Ohio State’s pro day (a pro day Steelers head coach Mike Tomlin usually sees in person), for example, was supposed to take place on Wednesday but was ultimately canceled. NFL teams are also not permitted to face-to-face meetings with draft prospects.

Despite reported objections from NFL general managers, the draft is still slated to start on April 23.

While he acknowledges that losing pro days and face-to-face meetings presents a unique challenge, Colbert has found inspiration from what is considered the greatest rookie class in NFL history.

“What I’ve reminded our staff, our scouts, from the very beginning of the process since the changes of our rules, I reminded them of the 1974 draft that the Steelers conducted, and they ended up with five Hall of Famers. Back in that day, Art Rooney Jr., Bill Nunn and Dick Haley put together the best draft in NFL history, and they didn’t have pro days. They didn’t have combines. They relied on what they felt those guys were as football players. If we have to go into this draft with the same mentality, that’s our challenge, and we’ll do the best we can.”

If the Steelers have half as good of a rookie class in 2020 as the one the team put together in ’74, Colbert can start getting his gold jacket fitted for Canton. The Steelers’ 1974 rookie class, considered by many the greatest in NFL history, included USC receiver Lynn Swann (first round), Kent State linebacker Jack Lambert (second round), Alabama A&M receiver John Stallworth (fourth round) and Wisconsin center Mike Webster (fifth round).

Pittsburgh’s 1974 rookie class also included undrafted rookies Randy Grossman (a tight end from Temple) and Donnie Shell (a safety from South Carolina St.). Swann, Lambert, Stallworth and Webster have busts in the Pro Football Hall of Fame, while Shell, a member of this year’s centennial class, will join them in Canton this summer. While his career won’t end up in Canton, Grossman was an integral part of the Steelers’ four Super Bowl wins during the 1970s that included several big catches in Super Bowls X and XIII.

Armed with a determined, intelligent and forward-thinking staff, the Steelers’ scouting department was able to find many unheralded players while building a roster that would become the only team to win back-to-back Super Bowls twice. While Rooney Jr. would famously travel to every part of America in hopes of finding the next Mean Joe Greene, Nunn, a renowned journalist who joined the Steelers’ staff in the late ’60s, was one of the first scouts who visited historically black colleges in search of talent. Nunn and the Steelers found a wealth of talent in schools where most teams didn’t visit, including Stallworth, Shell, Greene (North Texas), L.C. Greenwood (Ark-Pine Bluff), Mel Blount (Southern), Dwight White (Texas A&M-Commerce), and Ernie Holmes (Texas Southern), among others.

The Steelers also bent the rules from time to time. As the story goes, Nunn may have prevented other teams from discovering Stallworth by keeping his college film a little longer than he was supposed to. That may have led to him still being available when the Steelers took him in the fourth round. Stallworth, to the delight of everyone (especially head coach Chuck Noll, who was clamoring to use a higher pick on Stallworth), was there with the 82nd pick, and he eventually served as one of the final pieces to the Steelers’ championship puzzle.

Pittsburgh’s current scouting department is also set up for success. Whenever Colbert (who signed a one-year extension earlier this year) does decide to retire, Brandon Hunt, the team’s pro scouting coordinator, is the favorite to step in in Colbert’s place, Ed Bouchette of The Athletic reported last spring.

Hunt, who spent two years in Houston as a Texans pro scout before being hired by the Steelers in 2009, is responsible for scouting Steelers opponents and evaluating pro players. Hunt had an active roll in the 2019 draft, a draft that saw the Steelers trade up in the first round (a rarity for them) to select linebacker Devin Bush with the 10th overall pick.

While the Steelers’ current scouting department is facing unique circumstances, the standard is clearly still the standard in Pittsburgh, as Colbert and company will try to make the most of the tools they do have at their disposal in the weeks leading up to the draft. As far as the team’s fans are concerned, Colbert also made it clear that everyone has to play their part in order to beat the biggest enemy the country is currently facing.

“I’m at home, as we all need to be in this time,” Colbert said. “And we’ve been working and conducting draft meetings from our homes. The coaches, the scouts, everybody’s been working together and trying to stay ahead of the draft preparation that’s necessary. But obviously, we’re doing it under the constraints of what our government has mandated us to do. We’ve reminded everybody in our group, that, first and foremost, we want to make sure that they’re safe. Beyond that, we want them to also think about some other people who may need their assistance beyond what we’re doing for our own families.

“So I think everybody understands that and appreciates the fact that there’s folks out there that need help, especially in our own local area, we should all be dialed into that, as we try to continue to do our jobs in the environments that we’re in.”