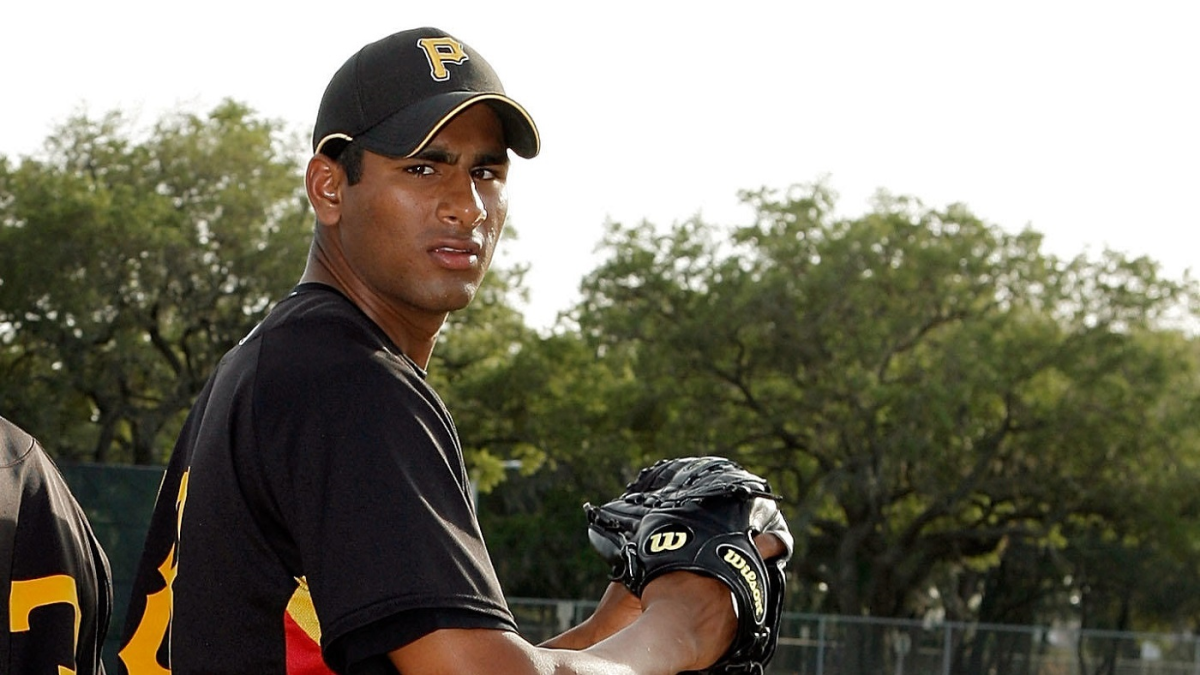 Rinku Singh, a pitcher who parlayed his victory in the Indian game show Million Dollar Arm into a minor league stint in the Pittsburgh Pirates‘ farm system, is finally moving up in the sports world to where he can be viewed on television in a weekly basis. However, the sport he’s excelling in is not baseball.Prior to his move inside the squared circle, Singh was part of another up and coming duo, just in the sport of baseball. He rose to prominence alongside fellow Million Dollar Arm standout, Dinesh Patel, to become the first Indian players to sign pro contracts with a major American baseball league. Singh spent five years pitching in the minors, where he put out an impressive 2.79 ERA, before leaving the West Virginia Power of the South Atlantic League. During his time there, he played alongside future Pirates first baseman Josh Bell, and the two even met up last year to catch up.Given the muscle definition of this former ballplayer, it’s clear that his dedication to his new sport is just as strong as it was in his old one. To drive that point home even further, here’s another picture of Singh looking absolutely ripped.

See, Singh is now a professional wrestler — trading in baseball pants for much tighter clothing — and made his debut for NXT, WWE’s developmental wing, in a tag team duo with partner Saurav Gurjar. Together, the two put a beat down on Matthew Riddle.