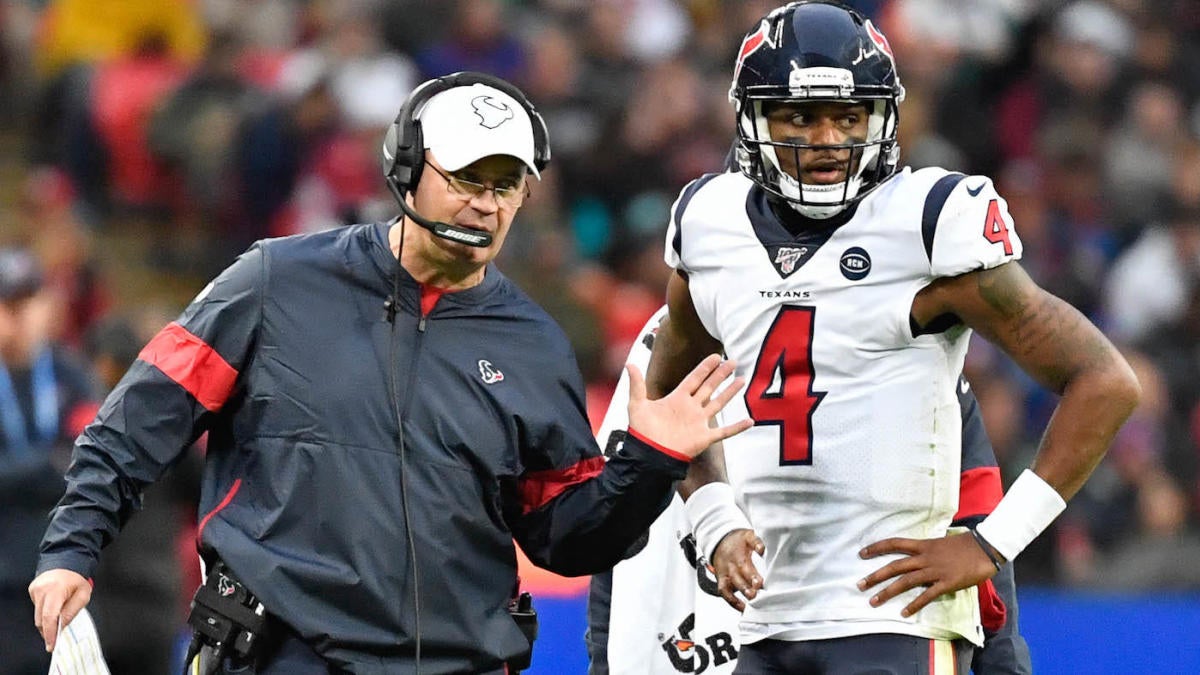 The 2020 NFL offseason has been quite entertaining, and something I think all fans needed with the coronavirus pandemic wiping out virtually every other sport. Tom Brady is headed to the Tampa Bay Buccaneers, Stefon Diggs is now a Buffalo Bill and the Houston Texans traded away one of their best players for virtually nothing in return.

While the Texans clearly made a bad decision, the AFC South has been an interesting division to watch over the past couple of weeks. The Tennessee Titans are all in when it comes to making another run at a Super Bowl, the Indianapolis Colts are bringing a new quarterback to town and the Jacksonville Jaguars are trading away their defensive stars. While the last five division titles have been won by either the Texans or Jaguars, that seems likely to change in 2020.

It’s only been two weeks, but let’s grade how each team has done in the early stages of free agency. It should be understood, but it’s worth stating that these grades are subject to change. They are just reflections of how all four teams have done early in the offseason. There’s plenty of time left to make signings and the NFL Draft to look forward to in April.

What are our bold predictions based on moves made in free agency? Ryan Wilson, John Breech and Sean Wagner-McGough join will Brinson to discuss. Listen below and be sure to subscribe for daily NFL goodness.

Let’s take a look at everything other than the Hopkins trade first. Re-signing players like A.J. McCarron, Darren Fells, Bradley Roby, Vernon Hargreaves and Ka’imi Fairbairn are actually moves I like. Signing Cobb and defensive backs Jaylen Watkins and Eric Murray aren’t exactly moves that you are going to run home and tell mother about, but they are fine for depth. Overall, not the worst offseason a team could have just considering those signings — but then comes the Hopkins trade.

Trading Hopkins away is not necessarily a bad move. Breakups happen in the NFL, and if you don’t want to re-work his contract, then by all means, ship him away. But you have to make sure you get fair compensation in return. Hopkins is considered one of the best wide receivers in the NFL, and the Texans acquired a running back who is three years removed from being elite on a massive contract and don’t even get a first-round pick in return? The Cardinals wanted to get rid of Johnson’s contract this offseason, and they were able to accomplish that and acquire a star receiver just by giving away a second-round pick. Whatever the Texans do in the coming months, this offseason will probably be remembered as the one they gave Hopkins away. It’s a move that hurts your franchise quarterback in Deshaun Watson, and forces him to spend the coming months tweeting cryptic messages while everyone begins to talk about where he will play next. The Texans lost one of their most talented weapons, alienated their players and upset the fan base all before the NFL Draft.

Even if you believe Rivers’ career is virtually over, the Colts wanted him and acquired him quickly. You have to give them credit for that. Frank Reich is trusting that Rivers still has some tread left on the tires, and he’s been a solid player other than last season. So let’s see what happens in 2020. Even though Indy gave up a first-round pick for Buckner, it’s probably worth it. It’s almost like the 49ers had to decide between Arik Armstead and Buckner, and I think they made the wrong decision. While both are great defensive linemen, I think Buckner has been the more consistent player. In 63 career games, he has recorded 263 combined tackles and 28.5 sacks. He’s going to make this defense better instantly.

One move the Colts made that truly puzzled me was releasing Desir. The Colts released the 29-year-old cornerback after he put up career numbers last season — just one year into a three-year, $22.5 million contract he signed in 2018. Maybe they are very high on Rock Ya-Sin or Marvell Tell III, but Indianapolis does have time to sign another cornerback along with Rhodes.

If the past couple of weeks have told me anything, it’s that the Colts are going all-in to win the division in 2020. Sometimes you have to make risky moves like signing a 38-year-old quarterback or giving up a first-round pick for a proven defensive star to find success, and you have to commend the Colts for their willingness to make big decisions so far.

The Jaguars contend they aren’t conducting a fire sale, but they have already shipped defensive stars Campbell and Bouye to other teams — and Yannick Ngakoue could be next. Despite receiving the franchise tag, he has informed the Jaguars he would like to play elsewhere. Signing Schobert and Woods are decent moves, but it’s hard to imagine they will be able to match the production Bouye, Campbell and potentially Ngakoue have had over the past few seasons. It’s also embarrassing that the deal to sign former Bengals cornerback Darqueze Dennard fell apart, because that was an addition that could have helped this team.

The Jaguars awarded quarterback Gardner Minshew the starting job by trading Foles away to Chicago, and he has a talented running mate in Leonard Fournette, but the Jaguars haven’t done much to surround them with talent yet. Eifert is a decent pickup, but as of now, this offense doesn’t exactly strike fear into the hearts of defensive coordinators. Jacksonville still has time to make additions, but right now this offseason hasn’t been great — and depending on what happens with Ngakoue — things could get worse before they get better.

The Titans haven’t made many splash signings in free agency, but that’s fine. The past couple of weeks have been about retaining the key players that helped them reach the AFC Championship game last season.

Tannehill signed a four-year, $118 million contract extension while the Titans used the franchise tag on Henry. The AP Comeback Player of the Year and the NFL’s rushing champion were the two players who were absolutely vital to Tennessee’s success in 2019, and the Titans didn’t play any games by allowing them to hit the open market. The Titans did lose Conklin to the Browns, but re-signed swing tackle Dennis Kelly, who will have a chance to take over his spot. Tennessee also traded Casey to the Broncos, but it was a move to free up some cap space for another potential signing.

Beasley is the big addition for the Titans so far, and I think it’s an underrated one. While he’s been fairly hit-or-miss over the past couple of seasons, he led the league with 15.5 sacks in 2016, and the Titans got him on a prove-it deal. Tennessee struggled to get to the quarterback in 2019, and a change of scenery could end up doing wonders for the former No. 8 overall pick. Even eight more sacks for the Titans in 2020 would help this defense improve. The Titans have some work to do in the secondary, but they have had a solid offseason so far.