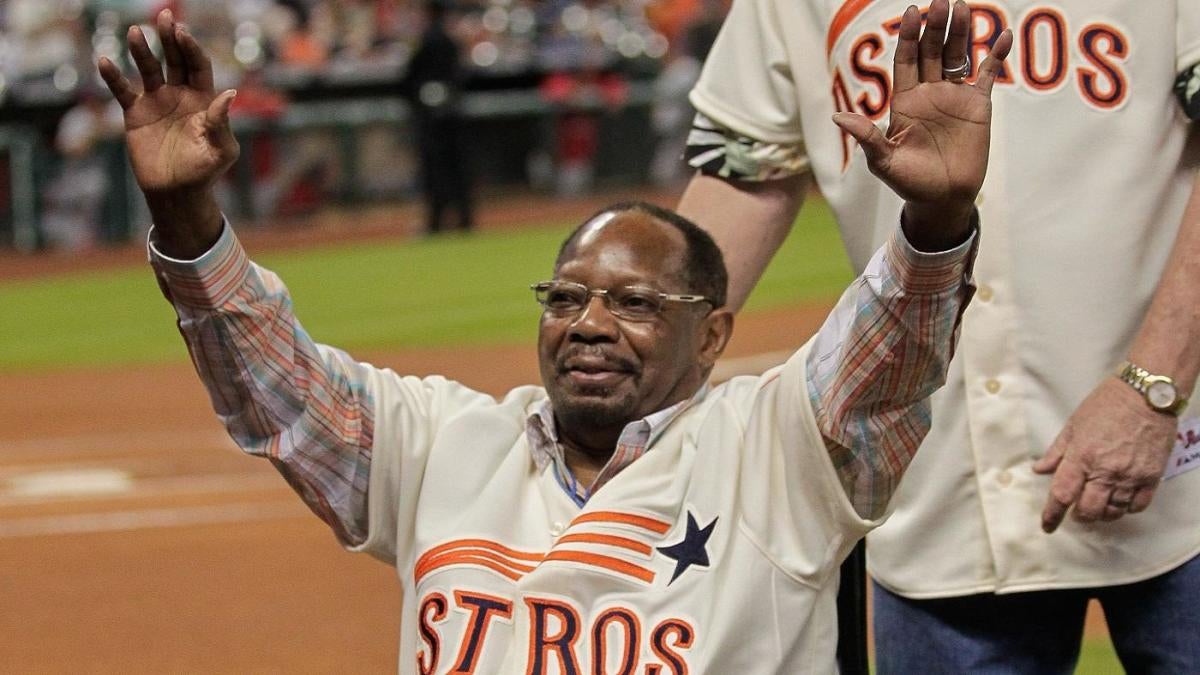 Wynn was nicknamed “The Toy Cannon” for having big power despite only being 5-foot-9. Despite playing home games in the Astrodome — a notoriously pitcher-friendly ballpark — Wynn topped 20 homers seven times and 30 homers twice during his time there. He was an All-Star in 1967 when he clubbed 37 homers while also stealing 16 bases. He was also twice an All-Star with the Dodgers after he left Houston late in his career. “Today, we lost a very big part of the Astros family with the passing of Jimmy Wynn,” the club said in a statement. “His contributions to our organization both on and off the field are too numerous to mention. As an All-Star player in the 1960’s and 70s, Jimmy’s success on the field helped build our franchise from its beginnings. After his retirement, his tireless work in the community impacted thousands of young people in Houston. Although he is no longer with us, his legacy will live on at Minute Maid Park, at the Astros Youth Academy and beyond. We send our heartfelt condolences to his wife Marie, daughter, Kimberly, son, James, Jr., to the other members of his family and to his many fans and admirers.” Wynn is in the Astros Hall of Fame and his number 24 is retired by the team. He was employed by the team as Community Outreach Executive. “Wynn was also recognized for his outstanding community work on June 24, 2011, when the Astros and Minute Maid dedicated the Jimmy Wynn Training Center, which is a state-of-the-art baseball facility located at the Astros Youth Academy.”Sad news for the baseball world Thursday night, as the Houston Astros have announced that former player and member of their front office Jimmy Wynn has passed away at age 78.  Via the press release: “Over the years, Wynn made hundreds of appearances while supporting the community outreach efforts of the Astros and the Astros Foundation.”Upon retirement, Wynn was very active with the Astros and the Houston community.