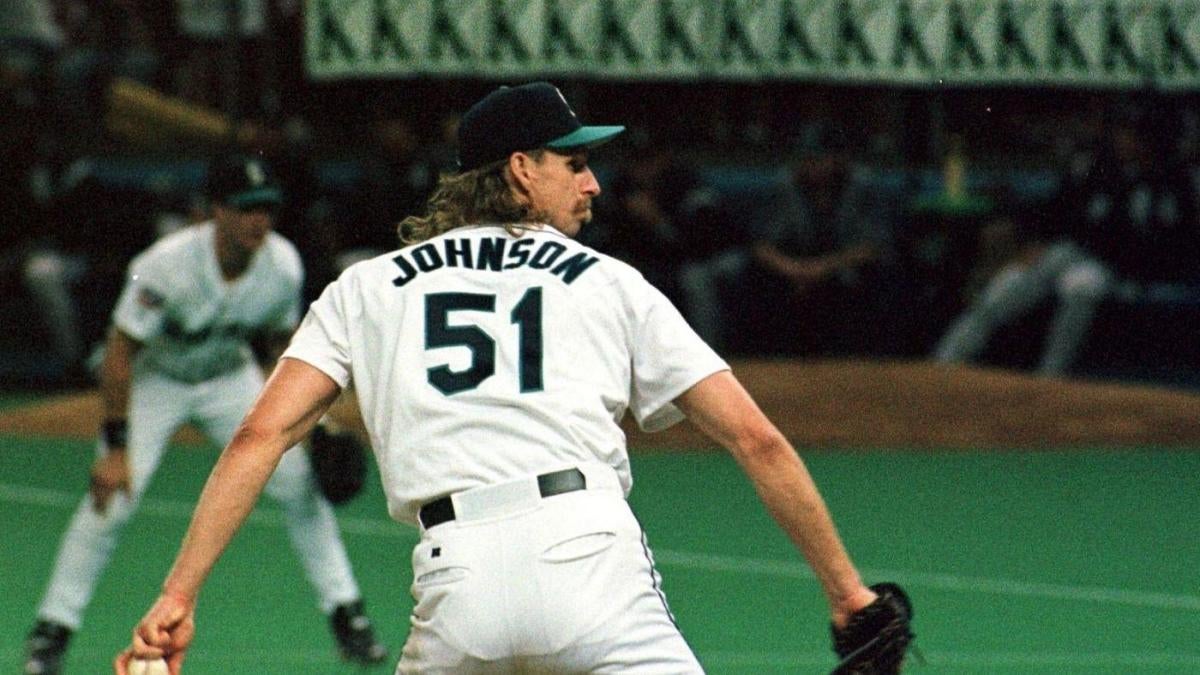 The ongoing coronavirus (COVID-19) pandemic has brought Major League Baseball, along with the rest of the sports world, to a halt. The MLB season was slated to begin this Thursday with 2020’s Opening Day, and now the season isn’t expected to kick-off until at least mid-May. We can’t say for certain if we’re going to have an Opening Day this year or what the 2020 season schedule might look like.But in the meantime, as baseball players, employees and fans find themselves in limbo, without the unique anticipation of Opening Day to look forward to, we’ve decided to look back on some of the most impressive performances from baseball’s season openers.

Speaking of home runs, four baseball players made history with their Opening Day homers. George Bell (Blue Jays, 1988), Tuffy Rhodes (Cubs, 1994), Dmitri Young (Tigers, 2005) and Matt Davidson (White Sox, 2018) have all hit three home runs in respective Opening Day starts. Fans will be able to re-watch this classic Opening Day game, along with others on Thursday.Davidson hit two solo home runs early on in the game against the Royals in 2018, and his third was a three-run blast in the eighth inning off lefty Brian Flynn. MLB’s Statcast showed that Davidson’s trio of homers averaged an exit velocity of 114.3 mph and the total projected distance was a combined 1,237 feet.

In 1993, Johnson went up against the defending World Series champion Toronto Blue Jays. He put together an impressive Opening Day outing, allowing just one run on seven hits in eight innings with a whopping 14 strikeouts. Then just three years later, in 1996, the lefty struck out another 14 batters. This time, it was against the Chicago White Sox. After giving up a two-run home run to Frank Thomas in the first inning, Johnson threw seven, two-hit innings of work. Throughout his 22-year long MLB career, Johnson made 14 Opening Day starts, recording a 2.49 ERA and a record 107 strikeouts.Opening Day is almost always a showcase for aces. Hall of Famer Randy Johnson put on a show when he was his club’s Opening Day starter. Johnson racked up 14 strikeouts in both of two Opening Day starts for the Seattle Mariners.Kershaw’s 2011 Opening Day start gets an honorable mention here, he threw seven scoreless innings and struck out nine against the Giants. The southpaw would go on to take home MLB pitching Triple Crown as well as his first Cy Young Award.

Homering on Opening Day? Pretty fun. How about homering eight different times on Opening Day? That’s something only three MLB players can say they’ve done. Two-time All-Star Adam Dunn joined Hall of Famers Ken Griffey Jr. and Frank Robinson on the exclusive list when he knocked his eighth homer in the first game of the season in 2012. Robinson, meanwhile, hit one of his eight Opening Day homers as one of baseball’s last player-managers. Robinson, in his first game as the first African-American manager in MLB history, put himself in the game as a designated hitter and took New York Yankees right-hander Doc Medich deep on his first at-bat of the 1975 season. Robinson would finish his career with 586 homers, good for 10th on the all-time list.In the game, Feller walked five but struck out eight. Between the fourth and the eighth innings, Feller sent down 15 batters in a row. The 1940 Opening Day no-hitter kicked off what would be a career-best 27-win season. Feller went on to throw two more no-hitters in his career. Dodgers ace Clayton Kershaw holds the franchise record for most Opening Day starts with eight straight from 2011 to 2018. That in itself is impressive, but, his Opening Day start that stands out is from his complete game shutout in the 2013 season opener. Kershaw faced off against the defending World Series champion and division rival San Francisco Giants, going up against Giants right-hander Matt Cain. It was a scoreless game through seven innings, before Kershaw broke the tie himself with a leadoff home run in the bottom of the eighth. Along with the homer, Kershaw pitched nine scoreless innings with seven strikeouts. The Dodgers eventually went on to win the game 4-0.

4. Kershaw does it all

The aforementioned Randy Johnson came close to becoming just the second MLB pitcher to throw an Opening Day no-hitter, in 1994 against the Indians, but a single from Indians catcher Sandy Alomar Jr. in the bottom of the eighth inning broke up Johnson’s bid. Thursday’s episode of Nothing Personal with David Samson was all about Opening Day. Have a listen below.Griffey Jr. reached the mark during 2009’s Opening Day, hitting a solo shot off Twins lefty Francisco Liriano. Griffey Jr. finished his career with a total of 630 homers, placing him seventh on the all-time list.

It was 10 years before another player joined Bell and Rhodes in the record books. In 2005, Young got off to a hot start in the season opener, hitting homers in back-to-back at-bats off of right-hander Jose Lima in the second and third innings. His third home run came in the bottom of the eighth, a two-run homer off righty Mike MacDougal.Eighty years ago, Hall of Fame right-hander Bob Feller threw a no-hitter on Opening Day. It remains the only no-hitter in Opening Day history. On April 16, 1940, pitching for the Cleveland Indians, Feller held the Chicago White Sox hitless at Comiskey Park. At the time, Feller was just 21 years-old and pitching in his fifth MLB season. Bell hit his three homers all against off two-time Cy Young winner Bret Saberhagen. Rhodes got his three Opening Day home runs off a Cy Young winner as well, hitting them off right-hander Dwight Gooden.