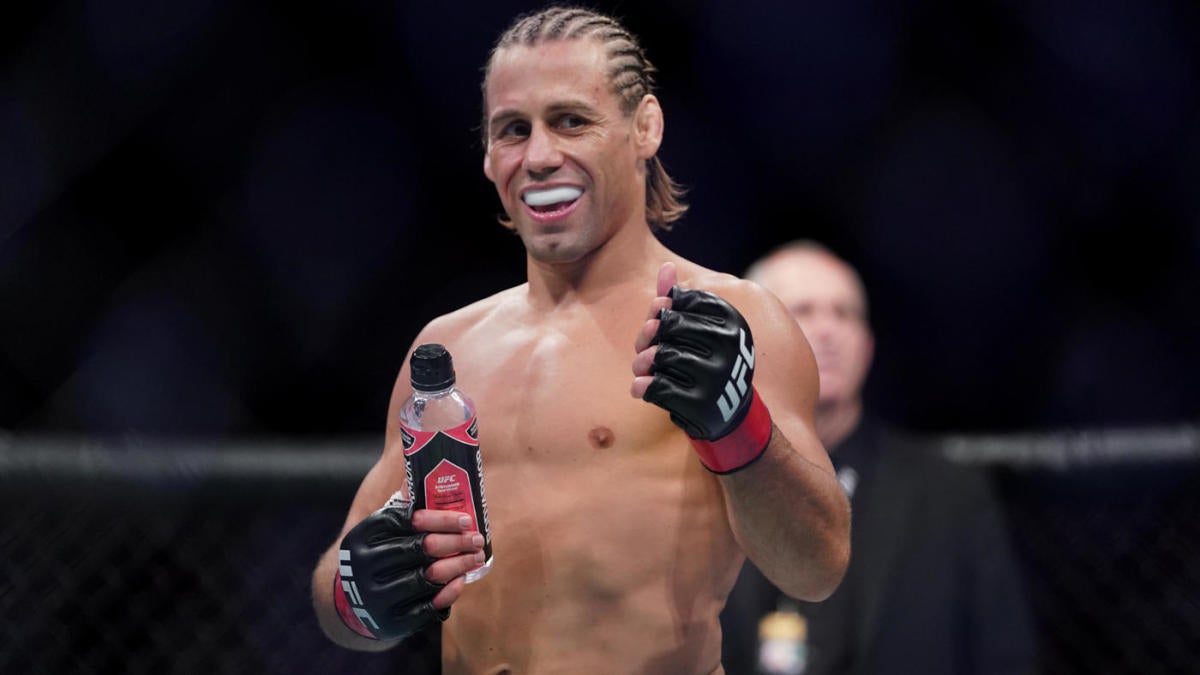 Despite the enduring uncertainty of the coronavirus outbreak, count UFC Hall of Famer Urijah Faber among those not scared to keep fighting should the right opportunity — empty arena or not — come his way.

Faber (34-12) returned from a near three-year retirement in 2019 to split a pair of fights, including a third-round knockout loss to top bantamweight contender Petr Yan. The 40-year-old “California Kid” considers himself anything but retired as he continues to juggle multiple projects outside the cage.

“I get the itch to fight all the time. [UFC] keeps offering me fights and sends out some dates and possible opponents,” Faber told CBS Sports on Wednesday. “Let’s see what they throw at me but I’m never going to shy away from a good opportunity, especially during this coronavirus. Cash is king right now and it might be a good time to snap up on some cash.”

Although UFC was forced to cancel a trio of Fight Night cards in the aftermath of an empty arena show it promoted on March 14 in Brazil, president Dana White continues to guarantee publicly that an April 18 UFC 249 card — headlined by Khabib Nurmagomedov and Tony Ferguson — will take place somewhere despite criticism that its dangerous to do so.

“Absolutely, I think we should [fight],” Faber said. “I’ve been following closely on this stuff and I feel like from what the experts are saying that if we tested more people, we would find out that more people had it than have been noted. I think everybody that has died has been noted but I feel like it’s more in line with the common flu as far as the statistics go. It’s still scary and still unknown.

“Nobody wants to get sick, especially if it can put you in a hard spot. Folks that are at a disadvantage with their immune system are already down. The average age of death is 80, meaning there are a couple below and a couple above that as far as age goes. I’m not scared. As the Diaz brothers say, ‘Don’t be scared homie.’ I’m going to continue to live life and be taking every precaution that we need to. But no fear here.”

Faber recently concluded a film project he funded and produced titled “Green Rush” that debuts on digital streaming and on demand services, as well as Redbox, on April 14. The independent film, picked up by Lionsgate, is a chilling, white-knuckle thriller based on a true story about a gritty heist that rocked the cannabis community in northern California following the state’s legalization of marijuana.

“The way it fits my brand is I’m a business man,” Faber said. “I’m not a big marijuana guy per se although I have nothing against it. But this is more for me about creating art and something we can be proud of.”

Faber’s first feature film won’t be his last as he teased additional projects in various stages of development. “Green Rush,” which stars Paul Telfer of NBC soap opera “Days of Our Lives” fame, also features a number of those affiliated with MMA, Rick Lee of “UFC Embedded” as co-writer and producer (along with Telfer), former “The Ultimate Fighter” producer Gerard Roxburgh as director and UFC featherweight Andre “Touchy” Fili in his first acting role.

“[Fili] has really been studying [acting] and when I gave him an opportunity to be in there, he just knocked the door down,” Faber said. “I think he has a really bright future in the acting space aside from being a world champ eventually and hopefully.”

Faber has long mentored and coached the 29-year-old Fili (20-7) at his Team Alpha Male gym in Sacramento. The two are so close that Fili revealed last November a new tattoo of Faber’s face on his leg.

“He didn’t tell me until way later because this wouldn’t be the first time I have made fun of one of his tattoos,” Faber said. “But I’ve got to say, he has a lot more dumber tattoos on him than that one. I was shocked, but you can’t help but be honored for somebody who feels you have been influential in their lives. It is what it is. He could’ve used a younger version of me, but it’s all good.”

Faber maintains he had fun in his last bout despite being brutally stopped by the 27-year-old Yan via head kick and called it “a good time” in a fight that could’ve lifted him to one more title shot after coming up empty four times in the UFC. The former WEC featherweight champion is willing to wait on the kind of opportunity that motivates him, similar to Yan, even if that means doing so under unprecedented conditions like an empty arena.

“It would definitely be weird [but] if you look at ‘The Ultimate Fighter,’ it was kind of like that,” Faber said. “I’ve coached three seasons of that fighter show so it would be similar to that. I wouldn’t compare it to the early days of MMA. It was wild and bonkers with people right up against the cage back in the day in 2003 when I was fighting in Indian casinos. You could get spilled beer on you if you were lucky fighting back in the day. This will just probably be a different animal. I’d be down to fight but it wouldn’t be as fun.”