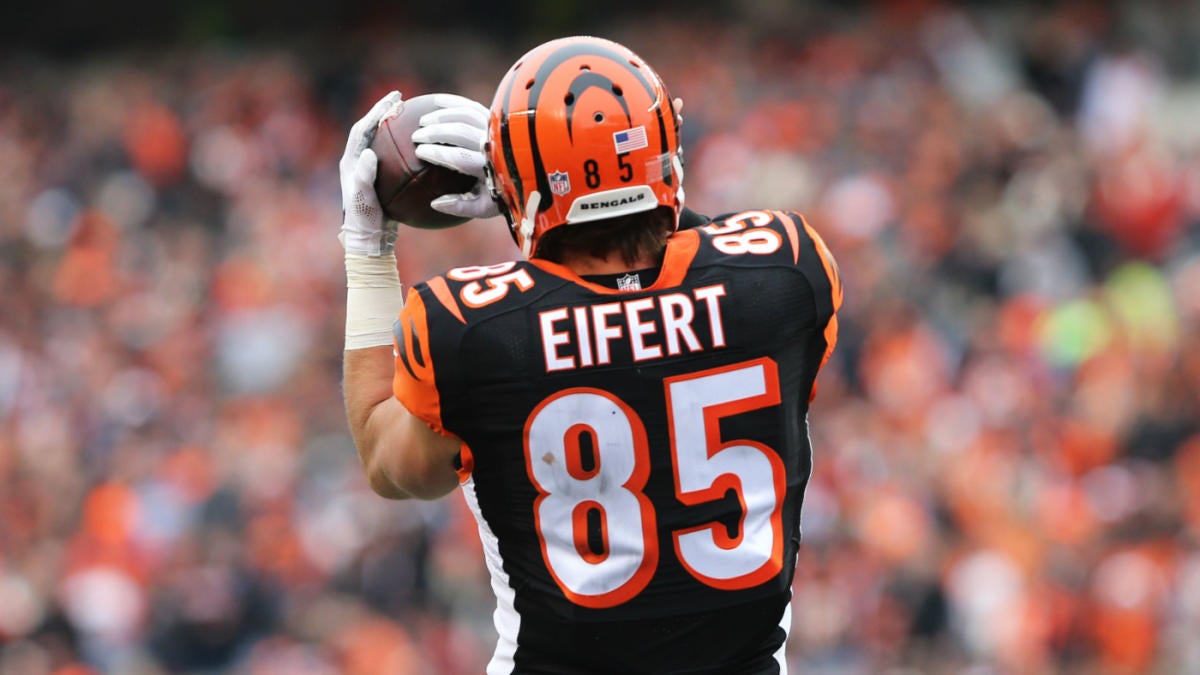 The Jacksonville Jaguars are adding one of the more talented tight ends in the NFL when healthy. Tyler Eifert has signed with the Jaguars on a two-year deal worth $15.5 million, according to Ian Rapoport of the NFL Network. The former first-round pick is back with Jay Gruden, his former offensive coordinator in Cincinnati.

The tight end position was one that plagued the Jaguars’ offense in 2019, as James O’Shaughnessy tore his ACL early in the season, Geoff Swaim suffered a brutal concussion and Seth DeValve and Josh Oliver never really evolved into weapons that quarterback Gardner Minshew could rely on.

Eifert turns 30 in September, but finally played in all 16 games for the first time in his career in 2019. Last year, he caught 43 passes for 436 yards and three touchdowns. Injuries have been a big issue for Eifert, who is still trying to match the production he had in 2015, when he caught 52 passes for 615 yards and 13 touchdowns. Eifert has always appeared to be on the verge of becoming an elite tight end, but then injuries or problems out of his control would derail his progress. It’s hard to stand out when you’re playing for one of the worst teams in the NFL, but maybe he can bring something to Jacksonville’s offense. In 59 career games, Eifert has recorded 185 receptions for 2,152 yards and 24 touchdowns.

Eifert knows who his quarterback will be heading into 2020, as the Jaguars made the decision to trade Nick Foles to the Chicago Bears and roll with Minshew as the starter. In his rookie season, the Washington State product completed 60 percent of his passes for 3,271 yards, 21 touchdowns and six interceptions.

Eifert would really be the first weapon the Jaguars would acquire in free agency to help out Minshew, as much of their work this offseason has centered around the defensive side of the ball.