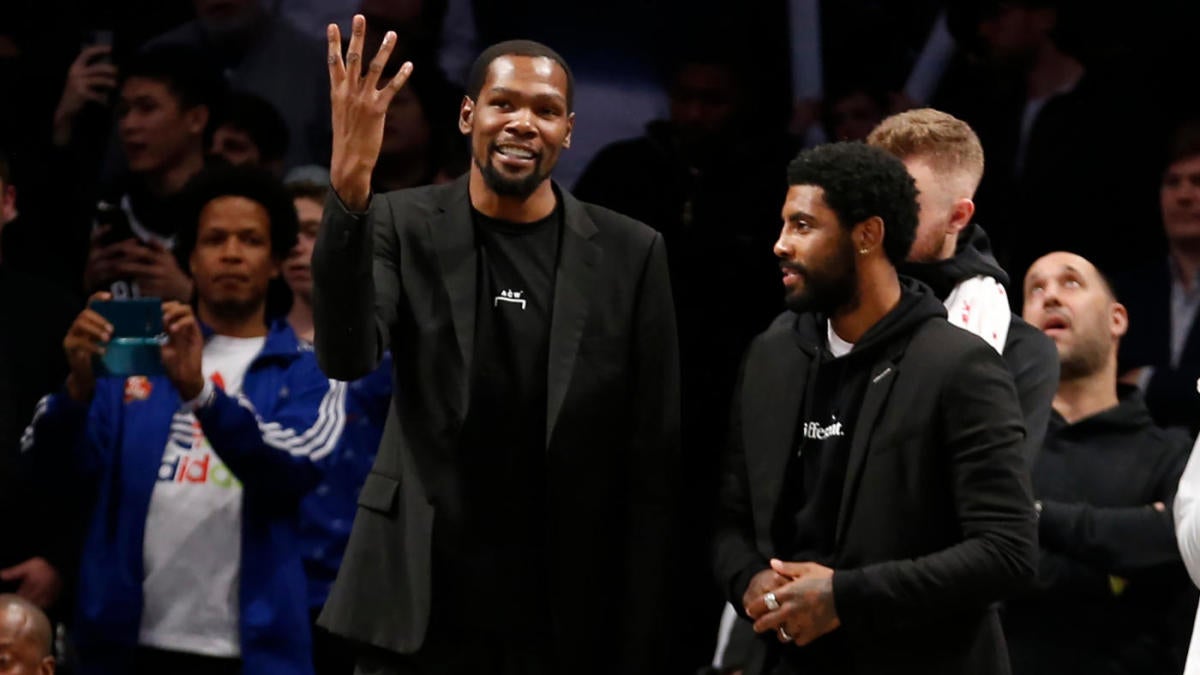 Believe it or not, the Brooklyn Nets were optimistic back in mid-December. Spencer Dinwiddie was playing like an All-Star, the defense was coming along and there was hope that they could coalesce into something cohesive. They just had to get healthy.

Kevin Durant was out for the season, but the severity of Kyrie Irving’s shoulder injury wasn’t clear. It might be tricky for Irving, Dinwiddie and Caris LeVert to find on-court harmony, but there are worse problems than figuring out how to maximize such a talented trio. In the playoffs, the thinking went, opponents wouldn’t be able to stop all of them.

This sentiment seems laughable now. Well before the March 11 NBA shutdown, the Nets’ high hopes had been dashed. If there are no more games in 2019-20, no team will get a satisfying ending. For Brooklyn, though, there would be something fitting about a season of false starts coming to an abrupt stop.

On Sep. 24, the Nets held their first media availability, with general manager Sean Marks and coach Kenny Atkinson scheduled to speak. Atkinson missed it, though, to go see a doctor with Irving. The star guard had been hit with an elbow in a pickup game and fractured his face. Their next six months had as much rhythm as that appalling “Imagine” cover, and they were just as easy to mock after Atkinson’s exit: Some culture, huh?

If you were following the team closely, though, it was compelling if only because it was so weird. Durant was always going to be a shadow, ensuring that every storyline would be viewed through a prism of what it would mean for next year. But the day-to-day challenges made it almost impossible to draw conclusions about the future.

Irving started the season scorching, but Brooklyn couldn’t guard anybody and Atkinson lamented that they were “not really running anything” after its fourth game of the season. The Nets started 4-7, and LeVert injured his thumb in their ninth game, by which point Irving was playing through a shoulder issue. The first time Irving sat out, he was listed as day-to-day, but he ended up missing two months, leaving Dinwiddie as Brooklyn’s lone creator for most of it.

The Nets won nine of their first 12 games with Dinwiddie running the show, but dropped seven straight after Christmas. LeVert returned in early January, and eight days later Irving came back to play 20 near-flawless minutes in a rout against Atlanta. Then they lost another five straight, as the coaching staff shuffled lineups around in search of playmaking balance.

Irving was electric when he dropped 45 points against Detroit days after Kobe Bryant’s death, with both Dinwiddie and LeVert coming off the bench. On Jan. 31, Irving scored 54 points on 19-for-23 shooting in a win against Chicago, one of the finest individual performances of the season. He would only play one more game after that, though, a six-point loss in Washington that left Brooklyn with a 21-27 record. In the 16 games that followed, the Nets went 8-8, including wins over Toronto and Boston (with 51 points from LeVert in the latter) and embarrassing blowout losses to Atlanta and Memphis.

Nothing about this Nets season was neat and tidy. Atkinson and the team parted ways after a 19-point win against the Spurs, and eyebrows raised all over the league when DeAndre Jordan took Jarrett Allen’s starting spot in the next game. If this is it, they finished on a three-game winning streak capped by Dinwiddie’s game-winner against the Los Angeles Lakers, with an uninspiring 30-34 record. Brooklyn overachieved by ranking eighth on defense, but its offense was doomed by poor shooting. If I were forced to conclude this column as efficiently as possible, I’d sum all of this up with a shrug emoji.

Regardless of whether or not there are more games to be played, this will look like a wasted year for the Nets. They didn’t really sort out the backcourt situation because Irving only played 20 games, and it appears they didn’t sort out the center situation, either. The front office will have to make high-stakes decisions without the kind of data it wanted. At some point soon, though, Brooklyn will turn the page on this uneven season and prepare for the most important one in franchise history. In this respect, maybe there is one useful takeaway.

After luring Durant and Irving, everybody around the Nets knew the vibe would be different. The plan, though, was to blend the two superstars in with what Brooklyn was doing, insofar as it is possible for superstars to blend in. If there is anything clarifying about this season, it is that the Nets are now in a position to build something new, with Durant and Irving at the center of it.

Will Brooklyn’s next coach get the most out of its franchise players without marginalizing everybody else? How much is the organization willing to pay to re-sign Joe Harris? Will the front office trade Dinwiddie, LeVert or Allen? If a trade is made, is it to balance the offense or to bring back another star? The answers to those difficult questions will shape the next era of Nets basketball.

Questions like those, however, have loomed since the day Brooklyn’s free-agency dreams came true, putting the team in a nebulous place. At least that phase will be over soon.