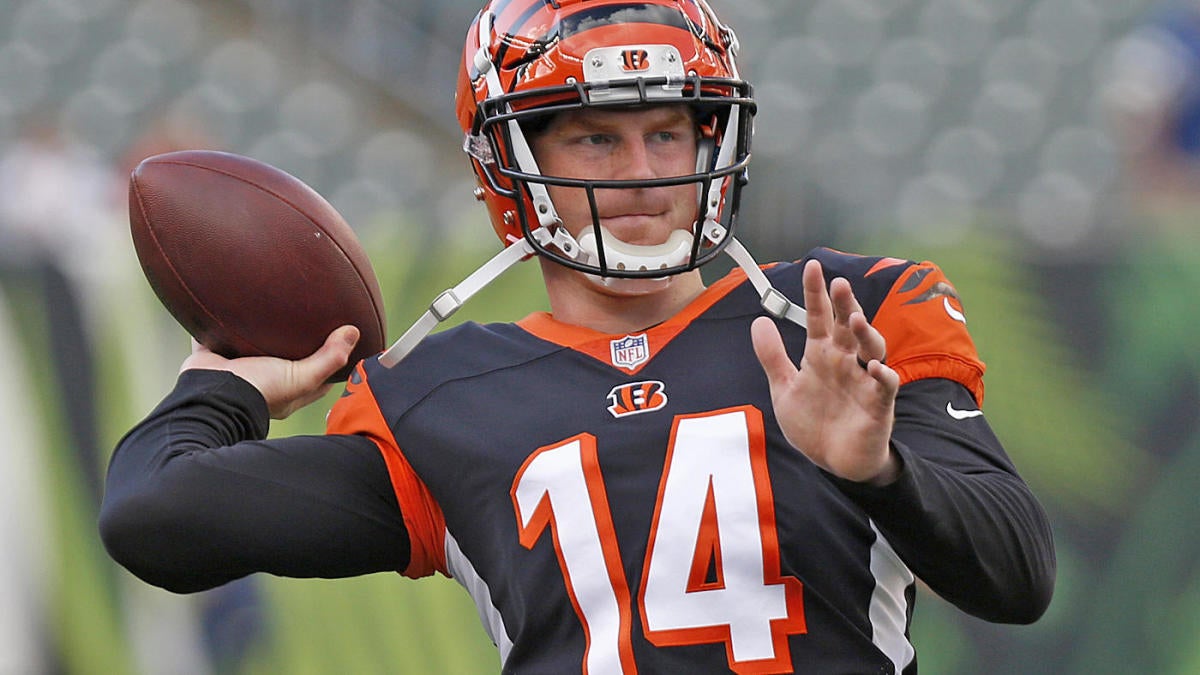 The Cincinnati Bengals have been pretty open about wanting to move on from longtime starting quarterback Andy Dalton, reportedly working with the veteran to find a new home and making him widely available for trade. Now, however, with most QB openings filled following the first wave of 2020 NFL free agency, another option appears to be on the table: keeping Dalton around.

NFL Network’s Ian Rapoport suggested Wednesday that “all options are still on the table” regarding the 32-year-old Dalton, who remains under contract with the team through this season, “and that includes bringing him back, potentially, for 2020, having him serve as the backup for whoever they draft — presumably Joe Burrow.” At this point, Rapoport added, “nothing has been decided from Cincinnati’s standpoint.”

One of the reasons the Bengals are not in a hurry to decide on Dalton, Rapoport said, is that the QB’s contract has no remaining guaranteed money, meaning Cincy could conceivably still release him and shed all $17.7 million he’s due in 2020. Another reason is, well, the fact that the Bengals were obviously unable — perhaps unexpectedly — to find a taker for the former Pro Bowler during a free agency period that saw an unprecedented number of big-name passers hit the open market.

They were, in fact, open to trading Dalton, according to Rapoport, and even had conversations with several teams about a potential deal, but “a lot of those teams acquired other quarterbacks.” The Chicago Bears, for example, were long speculated as a possible landing spot for Dalton but ended up sending a fourth-round draft pick to the Jacksonville Jaguars in exchange for Nick Foles.

When all is said and done, the Bengals are widely anticipated to take a QB — Burrow, specifically — when the 2020 NFL Draft begins and they pick No. 1 overall. And there’s little doubt that QB will open the season under center. Dalton certainly could still be in contention for a backup spot in Cincinnati, but it’s more likely the Bengals are simply trying to beef up what little market there might still be for the veteran, who expressed interest in a potential trade out of town during the 2019 season.

The New England Patriots have been linked to Dalton since even before Tom Brady set sail for the Tampa Bay Buccaneers, but even they are reportedly not considering the longtime Bengals starter as a potential replacement at this time.