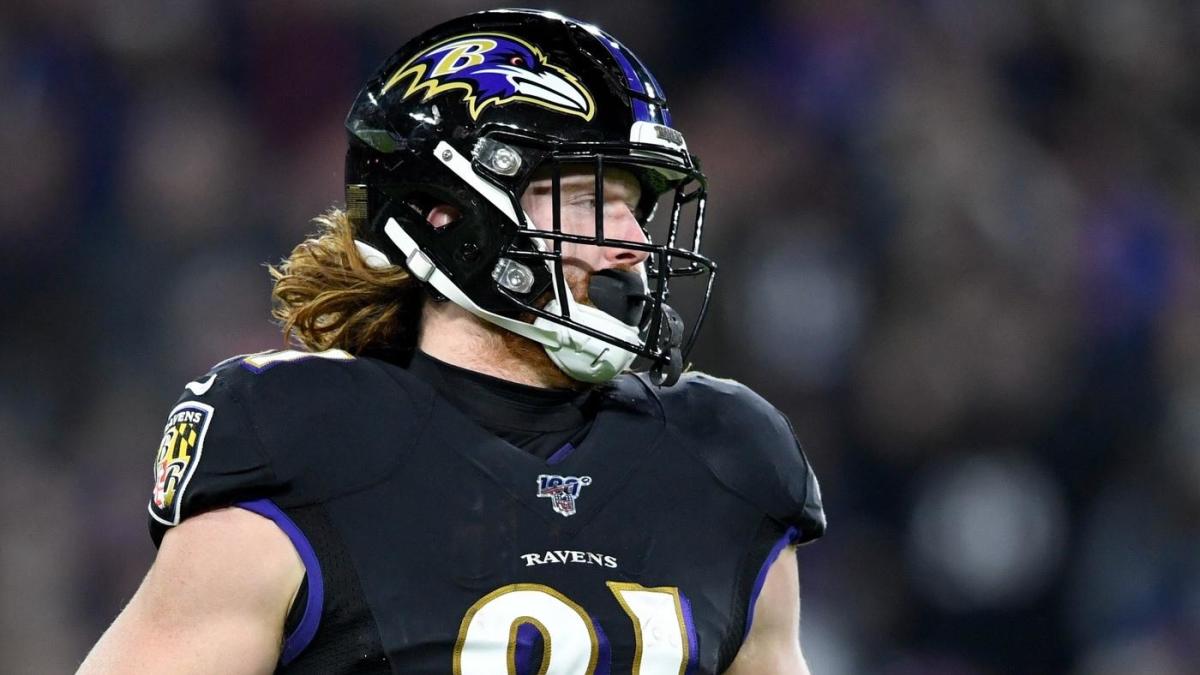 The Atlanta Falcons made the executive decision to let tight end Austin Hooper walk in free agency. While he was an important part of Atlanta’s offense over the past few seasons, the Falcons did not want to re-set the market by making him the highest-paid tight end in the league. On the same day Hooper decided to sign with the Cleveland Browns, the Falcons traded for tight end Hayden Hurst.

Hurst has caught just 43 passes for 512 yards and three touchdowns in his two seasons with the Baltimore Ravens, but the Falcons believe he can evolve into a legitimate starting tight end. Hurst believes he will find success with offensive coordinator Dirk Koetter in Atlanta as well.

“It’s going to be a perfect fit,” Hurst said, via the Atlanta Journal-Constitution. “Koetter’s pass-heavy offense is going to suit me well. It’s going to allow me to do some things that I personally do well (like) stretch the field vertically and hopefully create some mismatches for the other guys, Julio and Calvin. I saw where they’ve picked up Laquon Treadwell as well. It’s a pretty potent offense. I’m just excited to be a part of it.”

Hurst found success at the University of South Carolina, where he caught 100 passes for 1,281 yards and three touchdowns in three seasons. He was named First-team All-SEC in his junior season, and elected to declare for the NFL Draft. The Ravens selected him with the No. 25 overall pick in the 2018 NFL Draft, which made him the first tight end selected in that draft.

Unfortunately, the Ravens also selected a tight end in the third-round, a true diamond in the rough by the name of Mark Andrews. In two seasons, the former Oklahoma product has already broken three franchise records — while Hurst faded into the background. Clearly he wasn’t thrilled with his situation in Baltimore.

Now with a chance to start over, Hurst is aiming to find success in the same system that made Hooper the highest-paid tight end in the league. CBS Senior Fantasy Writer Heath Cummings predicts that Hurst will be a top 10 tight end in 2020.

Hurst is bigger than Hooper and faster than Hooper. Don’t be surprised if this former first-round pick blossoms in Atlanta.