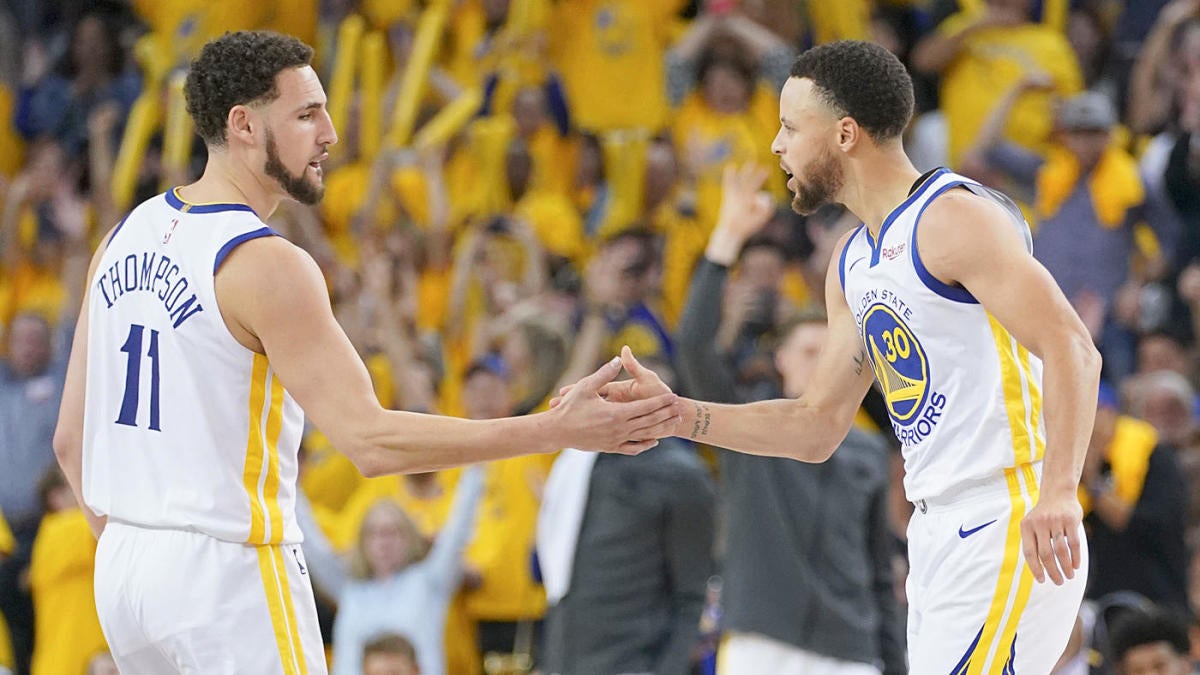 In an era of NBA basketball marked by constant roster turnover, one of the few bastions of consistency has been the Golden State Warriors. The trio of Stephen Curry, Klay Thompson and Draymond Green has spent their entire careers in Golden State without so much as a credible rumor tying them to another team.

While wanderlust may impact stars on other teams, don’t count on Golden State’s Splash Brothers ever breaking up. Klay’s father, former Lakers‘ great Mychal Thompson, appeared on the podcast of Stephen’s parents, Dell and Sonya Curry, and expressed not only how much his son enjoys playing with theirs, but Klay’s eventual plans to retire as a member of the Warriors.

“Klay loves playing with Steph, he respects him so much,” the elder Thompson said on ‘Raising Fame.‘ “He talks about him all the time and how hard he works, how dedicated he is to the game and to his family. He has said it to me in private that he loves playing with Steph and he wants to retire as a Warrior after another 10 years.

“He wants to go into the Hall of Fame along with Steph. That’s how close he feels to him and how honored he is to play with him. They have formed a special bond. That’s why I told him, I said, ‘Even though you’re going to probably miss this year, you and Steph will still have eight years together as long as you take care of your bodies.'”

Thompson was a free agent in 2019 and didn’t take any meetings with other teams. Similarly, Curry immediately re-signed with the Warriors when his contract expired in 2017. The two have formed the basis of one of the greatest offenses in NBA history. Curry is widely considered to be the greatest shooter in NBA history, while Thompson has a strong argument for the No. 2 spot.

With three championships together and at least a few years of contention looming when Thompson eventually returns from the torn ACL he suffered in the 2019 NBA Finals, neither Curry nor Thompson has any immediate need to look elsewhere. They’ve won quite a bit already and figure to win more down the line, all while playing in one of the league’s biggest markets. When you factor in the special personal relationship Mychal Thompson describes, the odds of Curry and Thompson ever breaking up seem incredibly slim.