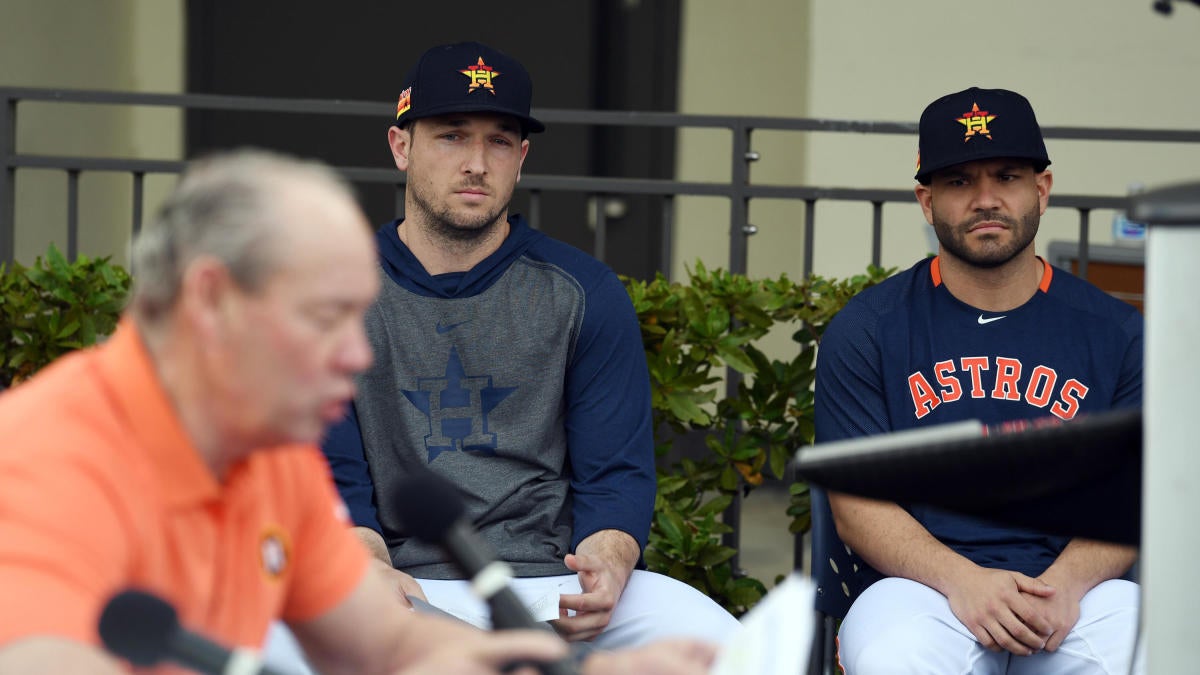 The Astros are being sued by multiple season ticketholders for breach of contract, negligence, and violations of the Texas Deceptive Trade Practice Act stemming from the sign-stealing scandal. Houston’s lawyers argue ticketholders have the right to enter the stadium and to have a seat, and that’s all. They’re not entitled to a fair game.Crane also went on to say, “Our opinion is (stealing signs) didn’t impact the game,” and that he doesn’t believe he should be held accountable. Altuve and Bregman read prepared statements and did not take questions. Throughout the press conference Crane & Co. came off as dismissive and insincere.

Several current and former players spoke out following the press conference. Cody Bellinger called the apologies “weak” and Kris Bryant said they had “no sincerity” and “no genuineness.” Alex Rodriguez said the Astros have shown “no remorse.” Prior to the COVID-19 shutdown, players were ripping the Astros on a daily basis.

It was only last month that Houston Astros owner Jim Crane and star players Jose Altuve and Alex Bregman held a press conference at the team’s spring training complex to apologize for the sign-stealing scandal. In January, MLB disciplined the Astros for illegally stealing signs during their 2017 World Series championship season, and early in 2018 as well.At last month’s press conference Crane said, “I want to say again how sorry our team is for what happened. I want to also repeat this will never happen again on my watch … We’re apologizing because we broke the rules.”  In 2010, a court ruled that a New York Jets season ticketholder could not sue over Spygate, when the New England Patriots were caught illegally filming the other team. That could be a precedent the courts use to determine whether the lawsuits will move forward.As far as Houston’s lawyers are concerned, last month’s press conference qualified as “sincere apologies,” according to The Athletic’s Daniel Kaplan. The team filed identical legal responses to three lawsuits last Friday:”The ‘sign-stealing’ controversy has been a source of great disappointment to Astros fans as well as to the Astros organization,” the team’s lawyers wrote. “On several occasions, members of the Astros organization – including individual players and its Owner, Jim Crane – have expressed their sincere apologies and remorse for the events described in the report by the Commissioner of Major League Baseball.”