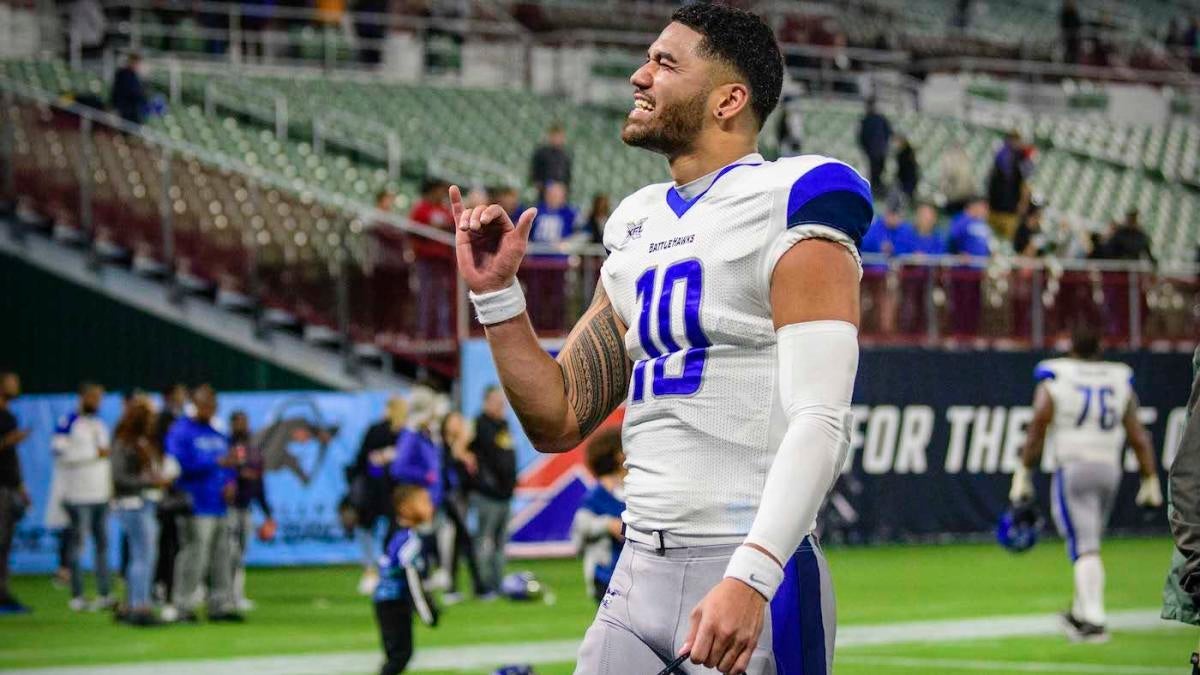 It didn’t take long for former Houston Roughnecks quarterback P.J. Walker to find a new NFL home with the Carolina Panthers, but he wasn’t the only XFL signal caller to be picked up on Monday. According to his agent, Kenny Zuckerman, former St. Louis BattleHawks quarterback Jordan Ta’amu has agreed to terms with the Kansas City Chiefs.

Ta’amu led the BattleHawks to a 3-2 record and finished the shortened inaugural season third in passing with 1,050 yards, five touchdowns and two interceptions. Ta’amu established himself as one of the XFL’s best right from season opener, as he led the BattleHawks to a 15-9 victory over the Dallas Renegades — who were the early favorites to win the league. Ta’amu completed 74 percent of his passes for 209 yards and one touchdown in the victory, and also rushed nine times for a total of 77 yards. It was a performance that made him a finalist for the XFL’s first “Star of the Week” award.

The Ole Miss product broke the all-time school record for 400-yard passing games during his time in Oxford, and finished his career ranking sixth all-time in program history with 5,600 passing yards. During his senior season in 2018, he also rushed for 342 yards and six touchdowns.

Ta’amu ended up going undrafted in 2019, but got a chance with the Houston Texans and passed for 50 yards and one interception in three preseason games. He was released ahead of the regular season.

Ta’amu is expected to have an opportunity to battle Kyle Shurmur and Chad Henne for the right to back up starting quarterback Patrick Mahomes. While Ta’amu clearly was not picked up to be a starter, the Chiefs recognized his ability and potential during his five XFL games, and they are going to give him the opportunity to battle for a roster spot.