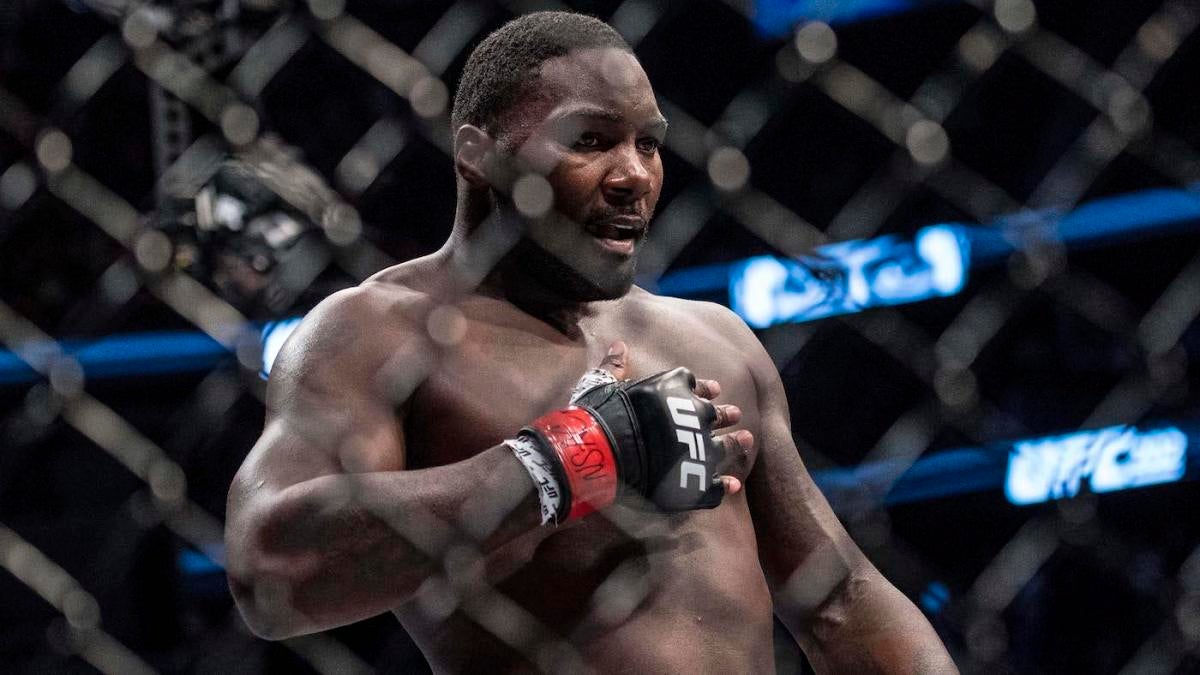 Three years after walking away from the sport on his own terms, Anthony “Rumble” Johnson expects he’ll fight again before the end of 2020. He also has a message regarding who should be scared.

“Everybody, everybody,” Johnson told CBS Sports earlier this month in Las Vegas. “I’m not going to call out one person. Everybody, I’m trying to bury everybody.”

Although he initially announced his intention to return to the Octagon in 2019 as a heavyweight, the 36-year-old Johnson has been taking his time in doing so after bulking up to as high as 280 pounds during his retirement.

The deliberate pace of his comeback not only allowed the devastating knockout puncher from Dublin, Georgia, a chance to rekindle his passion to compete, it has helped him realize a cut down to 205 pounds is once again possible as Johnson now plans to compete across two divisions.

The recent coronavirus outbreak that has canceled nearly all major combat sports events could very likely delay that. So, too, could the fact that Johnson (22-6) has yet to enter himself into the USADA pool to undergo six months of testing ahead of time.

The idea of seeing Johnson against every elite UFC big man from champions Jon Jones and Stipe Miocic to newcomers like Dominick Reyes and Francis Ngannou certainly has fans licking their chops. The better news is that Johnson is right along there with them again.

A two-time UFC title challenger at light heavyweight, Johnson dropped a lifeless championship rematch via submission to Daniel Cormier at UFC 210 and surprisingly announced his retirement inside the cage.

“I was just exhausted, that’s it. Burned out,” Johnson said. “Everybody thinks the fact that we are athletes and they see us on TV that we have everything catered to us and we don’t have the same 24 hours in a day that everybody else has. I’m not Michael Jordan, I’m not LeBron James. I’m not saying they get catered to but I’m saying we are not at that level where we can sit back and chill like that. It’s a process, and there’s a lot more to it than people realize.”

Johnson admits he enjoyed his retirement to the fullest being “happy, fat and living my life.” Asked what he missed most about the fight game while gone, he let out a devilish grin and said, “Nothing.”

Still, there’s a sense of unfinished business in Johnson’s voice, even if he’s unwilling to commit to the longing.

Among the most violent finishers the sport has ever seen, Johnson holds impressive victories over Phil Davis, Antonio Rogerio Nogueira, Alexander Gustafsson, Ryan Bader, Glover Teixeira, David Branch, Andrei Arlovski and Dan Hardy across three divisions. Yet, through everything from chronic weight issues at welterweight and negative headlines outside the cage, Johnson never quite lived up to his full potential and came up empty in some of his biggest fights.

Many experts still maintain it’s Johnson who remains the last potential Kryptonite to Jones’ reign at 205 pounds. The two were scheduled to fight at UFC 187 in 2015 until Jones was stripped of his title following a felony arrest for hit and run. Johnson instead fought Cormier for the vacant title in their first meeting and was submitted in Round 3 despite twice hurting DC.

“It’s definitely still in me to go out there and fight Jon, but I just have to let everything run its course,” Johnson said. “I don’t plan on coming in and getting an instant title shot. There are a lot of good fighters out there ahead of me. I plan on doing what every other fighter did and has done, just like I did in the beginning of my career. You fight three or five fights to get to the title and if that’s what I have to do, it’s what I will do.”

Johnson maintains he has no preference in terms of working his way into a title shot whether it came against Jones at light heavyweight or the winner of the Miocic-Cormier trilogy bout that’s expected to take place later this year for the heavyweight crown.

One question Johnson is repeatedly asked, however, is whether “Rumble 2.0” will return with any new wrinkles or be the beloved head-hunter of old.

“That’s the question of the day. We’ll see, we’ll see,” Johnson said. “If I want to knock somebody out, I’ll do it. Actually, if I want to wrestle, I’ll do it. I just don’t want to wrestle. I want to punch you instead of wrestle. Obviously, in this sport you have to do both. I haven’t had to do both but I will if I have to. Everybody talks about my wrestling because DC took me down, but he’s DC. They don’t put that into consideration.

“The only people who have legit taken me down are AKA guys — Josh Koscheck and DC. Phil Davis couldn’t take me down. They want to talk about my grappling, but I just don’t like grappling. But now I’m more hip to it. I have no shame in it. I’m willing to grapple or go sumo. I’m living my best life.”

Regardless of who Johnson eventually faces in his long-awaited UFC return, he’s well aware of the clamoring for a showdown between him and fellow knockout machine Francis Ngannou.

“Like I said, everybody can get it. But Francis is a beast,” Johnson said. “He came to my gym and walked in and I saw him standing over there with his shirt off and I seen how big he was. I was like, ‘What? This is the man they want me to fight?’ Size doesn’t matter to me and I’ll fight anybody, but he’s a specimen and he’s a freak. Look at him — the way he talks, moves and his body; the way he swings — everything about Francis is deadly.”