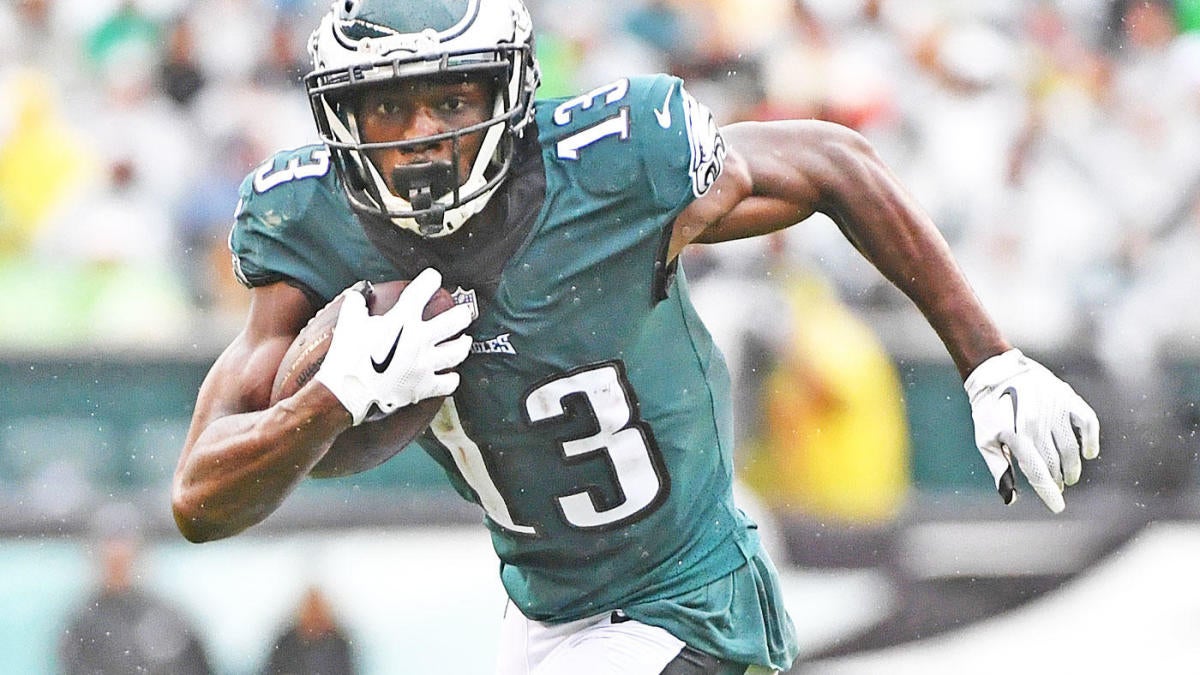 Five years after going 20th overall to the Philadelphia Eagles in the 2015 NFL Draft, Nelson Agholor is getting a change of scenery.

As first reported by Jerry McDonald of the Bay Area News Group, the veteran wide receiver has signed with the Las Vegas Raiders. According to NFL Network’s Ian Rapoport, the agreement between Agholor and the Raiders is for one year.

A regular in the Eagles’ offense for much of his five-year career, the 26-year-old Agholor was a polarizing target in Philadelphia, where he at times struggled mightily with drops despite a first-round reputation coming out of USC. His 2019 campaign, in fact, was quite a letdown considering Agholor had increased opportunities amid injuries to starters Alshon Jeffery and DeSean Jackson but finished with just 39 catches for 363 yards and three touchdowns, averaging a career-low 9.3 yards per catch in 10 starts.

Outside of his infamous mishaps, however, Agholor flashed production out of the slot. Starting in 2017, he had back-to-back seasons of at least 60 catches and 700 yards, hauling in eight touchdown passes during the Eagles’ run to Super Bowl LII — a game in which he led both Philadelphia and the New England Patriots with nine receptions. He’s also been an occasional big-play threat, scoring at least one 40-yard TD in four of his five seasons with the Birds.

In Las Vegas, where Philly native Mike Mayock is heading the Raiders’ front office, Agholor figures to get a chance at a starting role. Tyrell Williams is locked atop the team’s depth chart barring another big WR move in this April’s draft, but Agholor could easily be slotted up against the likes of Zay Jones and Hunter Renfrow come training camp. Either way, he should have an opportunity to rebuild his market in advance of 2021 free agency, regardless of who’s throwing passes in Vegas.