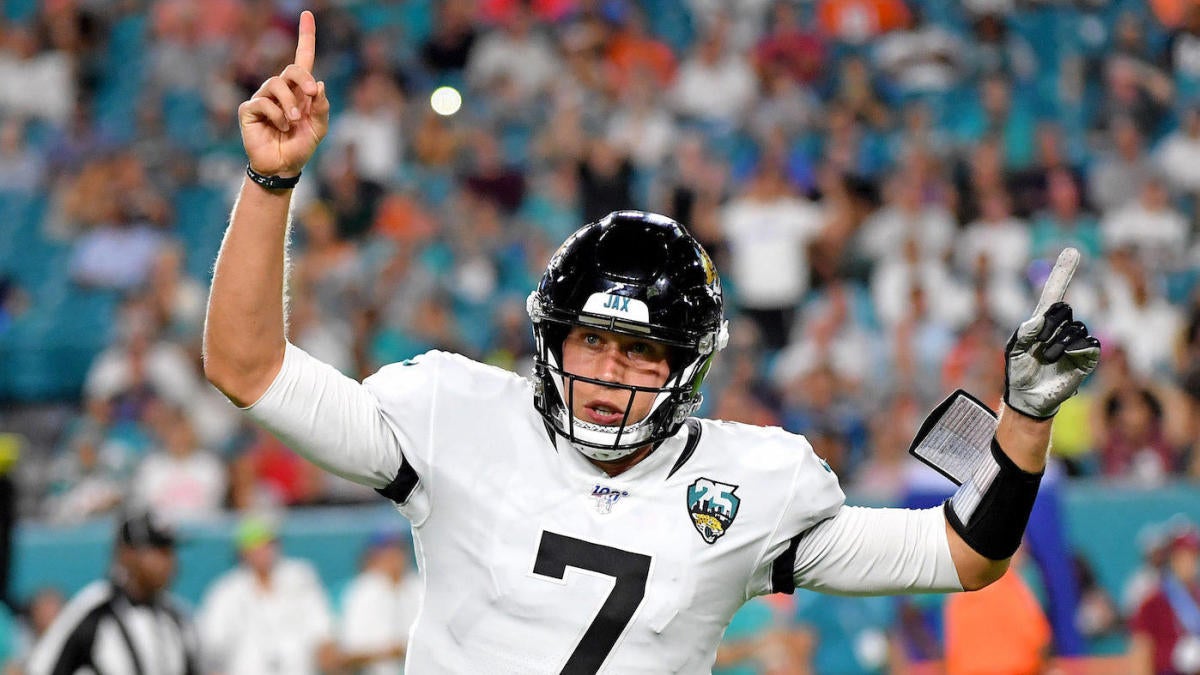 This year’s NFL free agency was headlined by an unprecedented number of available quarterbacks, so naturally, the 2020 offseason has already featured some high-profile moves — none bigger than that of longtime New England Patriots signal-caller Tom Brady, who kissed Foxborough goodbye and signed a two-year deal with the Tampa Bay Buccaneers.

Brady was far from the only player to rake in big bucks on the open market, too. Coveted cornerback Byron Jones briefly became the league’s highest-paid defensive back, getting $82.5 million from the Miami Dolphins. Teddy Bridgewater landed a three-year, $63 million commitment from the Carolina Panthers. And Robert Quinn parlayed a solid 2019 into an average annual salary of $14 million with the Chicago Bears, inking the second-largest deal of the offseason.

Bank-breaking blockbusters, however, aren’t the only moves worthy of attention.

As we make our way into the slower, steadier wave of the offseason, here’s a look at 10 of the most underrated moves of free agency:

Denver opted not to pay big bucks to re-sign Chris Harris, but they got better in the process, sending just a fourth-round draft pick to Jacksonville for the 28-year-old Bouye. The Broncos are still loaded with picks, and while Bouye had a down year in 2019, he hardly fell off a cliff; the guy was steady opposite Jalen Ramsey for three years and is only a few years removed from a six-pick season. He makes for a low-end No. 1 corner alongside Bryce Callahan in Denver, which can cut him at no charge through 2021.

Landing one of the game’s best wide receivers should not qualify as an underrated move, but this, friends, is an exception. Everyone and their mother knows Arizona will benefit immensely from plugging Hopkins into its WR corps. But it’s very possible we’re still underselling how much they fleeced Bill O’Brien. This trade still deserves more Cardinals love. Swapping a highly paid, injury-prone running back and a second-round pick for a 27-year-old four-time All-Pro with five career 1,000-yard seasons? Incredible.

Campbell isn’t a nobody. But Baltimore netting him for just a fifth-round draft pick suggests he is. Look, the 33-year-old edge presence isn’t getting any younger, and his 2019 sack total was his lowest in four years. But the Ravens adding him to their defense at such a low cost deserves our praise over and over again. Baltimore is squarely in win-now mode with MVP Lamar Jackson on his rookie deal, and putting Campbell in the trenches on a unit already featuring Matt Judon, Marcus Peters and Earl Thomas was very smart.

He’s played just nine games over the last two seasons, so Kirksey’s addition — and potentially immediate starting role — in Green Bay’s linebacker corps isn’t without risk. But at 27, there might not be a more underrated defensive free agent from the 2020 class. Cut by Cleveland to free up money, the new Packers veteran was verging on perennial Pro Bowl status in 2016-2017, when he posted back-to-back seasons of at least 135 tackles and 2.5 sacks patrolling the Browns’ “D.” If he can stay healthy, he should be a playmaker.

A few years ago, this move would’ve been the headliner of the offseason. Now 32, McCoy doesn’t have the same pull he once did, at least as a nationally recognized interior star. But that doesn’t mean the former first-round pick isn’t a quality, starting-caliber piece for a contender. Dallas paid relatively handsomely to bring him in, but this move is even better than the ‘Boys’ acquisition of Michael Bennett in 2019. He could be in for a late-career breakout alongside Demarcus Lawrence. At worst, he’ll be a serviceable first-team DT.

Like Campbell, Sanders is far from a no-name, having played for the NFC champions in 2019 and established himself as one of the top veteran pass catchers on the open market. Still, this is the kind of move that could ensure the Saints become NFC champions again. Drew Brees‘ return solidified that New Orleans is all in on 2020, and let’s not forget guys like Alvin Kamara and Michael Thomas are still around. Sanders’ savvy route-running and underrated speed should make their offense darn near unstoppable.

Acquiring Darius Slay from the Detroit Lions will no doubt have a more noticeable impact on the defense, and it’s not as if the Eagles didn’t make Hargrave a priority signing, either, committing $39 million to him over three years. But the ex-Pittsburgh Steelers nose tackle isn’t a household name just yet, even if he should be. With or without gaudy numbers, the big man should free up gaps for Fletcher Cox, Brandon Graham and Malik Jackson up front, giving Jim Schwartz one of the NFC’s top interior pass rushes.

Adding Jack Conklin was far more important and should go a long, long way in keeping Baker Mayfield upright, but the Browns couldn’t have done any better adding a mentor and/or insurance for their QB. New coach Kevin Stefanski worked wonders as Keenum’s QBs coach in Minnesota, and the veteran journeyman has a playground style that mirrors Mayfield. As a bonus, Keenum is also a pretty beloved locker-room guy with tons of starting experience. This will pay off, one way or another.

Most talk of top free agent O-linemen revolved around guys like Joe Thuney and Bryan Bulaga, but Glasgow might prove to be a better value than all of them. Denver giving him a four-year, $44 million deal didn’t signal subtlety, but when you compare that money to what the New Orleans Saints gave Andrus Peat, a guy who’s never been able to stay on the field, this should scream fair value. The rock-solid interior man can play any position, he’s durable, and he’s just coming into his prime after a well-graded 2019.

Bears fans can whine all they want about not getting a supreme upgrade on Mitchell Trubisky, but let’s not ignore the reality: Foles is already better than Trubisky, and he’s got three of the coaches perhaps best equipped to unlock his production: Matt Nagy, a former Andy Reid disciple; Bill Lazor, Foles’ QBs coach during a magical 2013 season; and John DeFilippo, Foles’ QBs coach during a magical 2017 season. If he gets decent O-line play, he’ll take Chicago back to the playoffs alongside Allen Robinson and that defense.