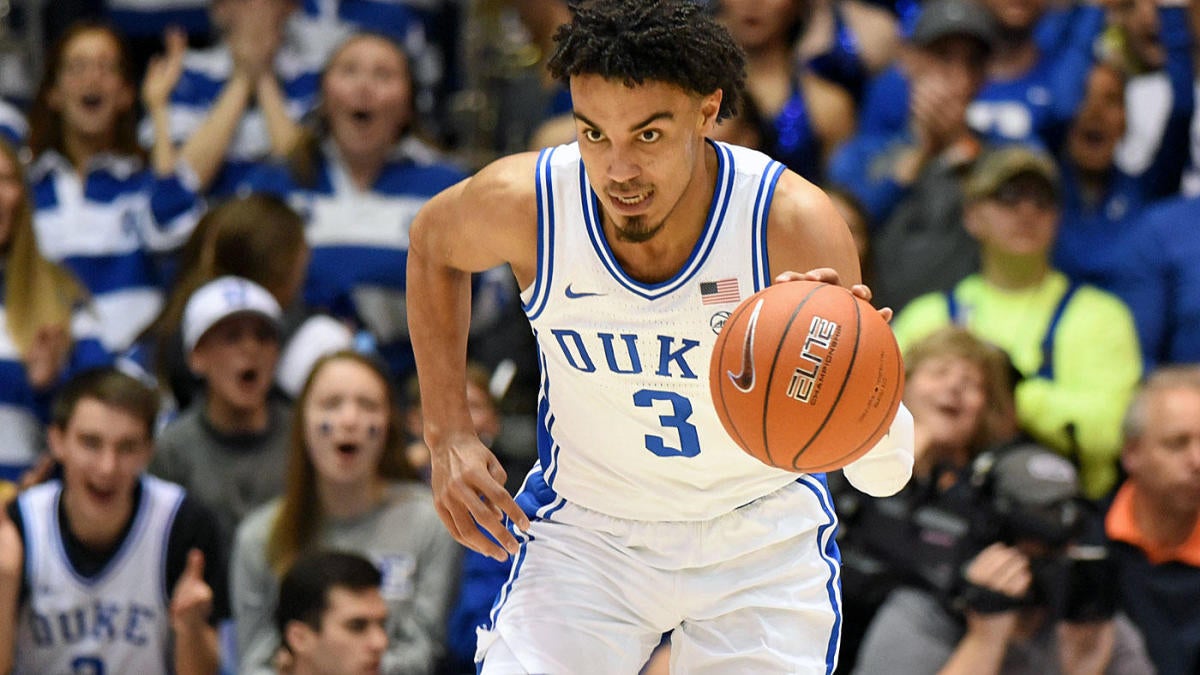 Duke sophomore point guard Tre Jones has declared for the 2020 NBA Draft, becoming the first player to exit a team that could have as many as five early departures to the NBA this offseason. Jones shared his intention to declare for the draft with ESPN just one day after Blue Devils coach Mike Krzyzewski told 247Sports, “We know [Tre Jones] is going to go.”

Jones is coming off an impressive second season in Durham, North Carolina, where he averaged 16.2 points, 6.4 assists and 1.8 steals per game. He took home both Player of the Year and Defensive Player of the Year honors from the ACC after the 2020 season.

After a quiet-but-efficient freshman campaign a year ago, the 6-foot-3 Jones was viewed as a sleeper if he chose to turn pro before ultimately returning to school. In doing so, scouts wanted to see if his shot would improve and start falling with more regularity — and it did. He shot 36.1% from 3 this season, up from 26.2% as a freshman, and bumped his field goal percentage from 41.4% to 42.3%.

Still, there continues to be long-term questions about how viable his stroke can be at the NBA level. Jones’ leadership at Duke, along with his effective and efficient ball-handling, should earn him serious looks in the late first round and onward. He ranks No. 17 on my NBA Draft Big Board — and seventh among all point guards — in what is shaping up to be a deep draft class for floor generals.

Jones is the younger brother of Memphis Grizzlies PG Tyus Jones, who also played for Duke in 2014-15. The elder Jones has made 40 starts in his five-year NBA tenure thus far profiling primarily as a back-up. He signed a three-year deal with the Grizzlies last summer.