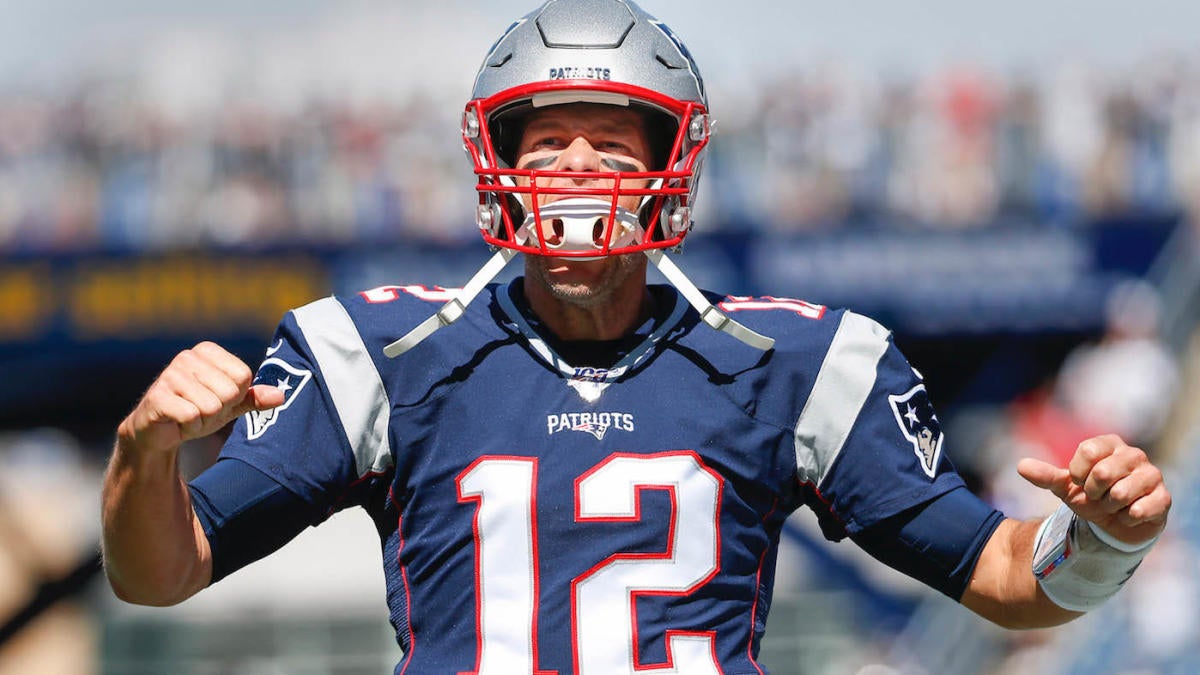 The Tampa Bay Buccaneers officially signed Tom Brady to a two-year, $50 million deal on Friday, with every single penny of that $50 million being guaranteed. The agreement also came with a full no-trade clause. Brady can even earn more money in incentives, which is all fantastic news for Tom Brady, but I’m not sure it’s great news for Tampa Bay.

Brady might be the greatest quarterback in NFL history. If he isn’t, he’s at least in the top three. He was also incredibly generous during his 20 seasons with the New England Patriots while winning six Super Bowls. Brady routinely re-worked his contract and accepted less money than he was worth to help ensure that the Patriots could continue surrounding him with a competitive roster. Now the Bucs are going to foot the bill for the money Brady didn’t get when he deserved it at a time when he’s unlikely to live up to the price tag.

While Brady might be the greatest, he is not immune to time, and while he is yet to fall off a cliff performance-wise, he’s started to show the signs that the time is coming when he will. Even for an athlete as renowned for taking care of himself as Brady is, the end will come eventually. When we consider that Brady will be 43 years old when the next NFL season begins (fingers crossed!), betting on sooner rather than later is the smarter play.

Before we even get to Brady, let’s take a look at the NFL quarterbacks who have played in the league at the age of 43 or older. All in all, since 1920, there have been six NFL seasons played by QBs at 43 or older. Those six seasons are split between four players: Vinny Testaverde, Warren Moon, Steve DeBerg, and Doug Flutie. Of those four, only Testaverde and Moon played in two separate seasons, with Testaverde’s career coming to an end after the 2007 season when he was 44 and Moon hanging his cleats up following the 2000 season at 44.

Of the six individual seasons between the four quarterbacks, none of them started more than six games in a single season. They were mostly hanging on as backups, but Testaverde was forced to start six games for the Panthers in 2007. He completed 54.7 percent of his passes for 952 yards while throwing five touchdowns and six interceptions. He averaged 5.53 yards per attempt and 4.55 adjusted yards per attempt.

Only DeBerg and Moon are the other two to start a game at the age of 43 or older. Here’s a table that shows how these four fared in the NFL from the age of 43 and up.

Not exactly promising! Of course, while Warren Moon is a Hall-of-Famer, none of the other QBs on the list can hold a candle to the career of Brady. So it’s reasonable to expect that TB12 will perform better than any of them. The problem is that’s a low bar to clear, and signs suggest that Brady might not be much more than an average QB during his two seasons with Tampa.

Let’s look at Brady’s numbers over the past five seasons. You should notice a trend in his performance.

While Brady’s completion rate has dipped over the last few seasons, what worries me more is the drop in his on-target rate combined with the decline in his yards and air yards per attempt. When you put those together, you see that Brady’s not only losing accuracy, but he’s doing so while throwing shorter and shorter passes. That’s not something that bodes well for future performance.

What worries me further about Brady in Tampa is the fit. Bruce Arians loves veteran quarterbacks, and Brady certainly fits that criteria. The problem is that Arians also loves to push the ball down the field in a vertical passing game. The numbers suggest that’s not a style of play that suits Brady’s strengths at this point.

Last season, the Tampa Bay offense threw 158 passes of 15 air yards or more. Not only was that 18 more such attempts than the next closest team (the Chargers threw 140), it was also the highest rate. Tampa’s passing attack included throws of 15 air yards or more on 25.08 percent of its throws, a full 1.63 percent more often than the next highest rate (again, the Chargers). The 2020 Patriots offense, with Brady at the helm, attempted these kinds of throws 16.94 percent of the time. Only five teams (Washington, Oakland, Denver, New Orleans, and San Francisco) threw such passes less often than the Patriots did with Brady.

None of this is a new phenomenon with Arians’ teams. During his final three seasons in charge with the Cardinals (Sports Info Solutions database for these numbers only goes back to 2015), Arians’ Arizona offenses never threw passes of 15-plus air yards fewer than 22.3 percent of the time. That’s more often than Brady did in any of the last five seasons in New England.

What could be more worrisome than how often Brady did it is how he performed while doing so. In 2019, 26 NFL QBs threw at least 75 passes of 15 air yards or more. Of those 26, Brady ranked ninth in completion rate at 47.1 percent but was 18th in on-target rate at 58.7 percent. His 11.9 yards per attempt ranked 16th. So, what we see here is that he’s still Tom Brady, so he isn’t horrific, but he’s not performing at a level that’s all that different than Jameis Winston did in these situations.

Essentially, the one area that Brady was clearly better than Winston in this scenario last year was taking care of the football. And that’s important! If Winston’s interceptions and pick-sixes hadn’t become a running gag, he’d still be in Tampa, and Tom might still be in New England. But that’s not what happened, and I’m not sure spending $50 million for two seasons of a guy you’re hoping will be a better game manager is the right move. Particularly when that QB is going to be 43 and could see his turnover numbers climb as he’s asked to throw downfield more.

So, as you’ve clearly figured out by now, I’m not optimistic this move will prove to be a good one for the Buccaneers. It’ll give the franchise a higher profile than it has had at any time since Jon Gruden was patrolling the sidelines, but I’m not sure it’ll lead to many more wins.