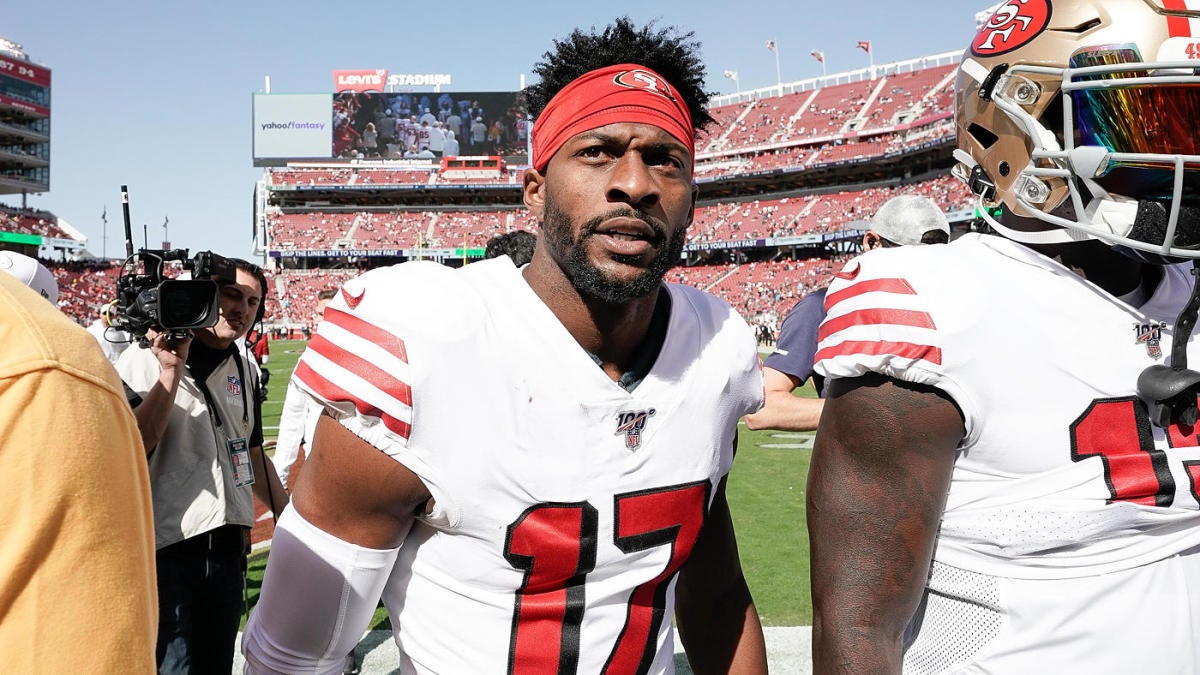 Drew Brees and the New Orleans Saints are bringing in another big-time weapon for their Super Bowl run in 2020. According to ESPN’s Josina Anderson, former San Francisco 49ers wide receiver Emmanuel Sanders is signing a two-year contract with the Saints, pending a physical. Schefter reports Sanders’ contract will be a $16 million deal worth up to $19 million. The two-time Pro Bowler reportedly passed on both the Dallas Cowboys and Green Bay Packers to join Sean Payton and Co.

Sanders was traded from the Denver Broncos to the 49ers in the middle of the 2019 season. In The Bay, the 33-year-old experienced somewhat of a rebirth. In 10 regular-season games, he caught 36 passes for 502 yards and three touchdowns. Sanders helped bolster the 49ers’ offense, as San Francisco made it all the way to Super Bowl LIV, where they fell to the Kansas City Chiefs, 31-20.

The former SMU star was selected by the Pittsburgh Steelers in the third round of the 2010 NFL Draft. He spent his first four seasons with the Steelers, but really broke out with the Broncos. In March of 2014, Sanders signed a three-year deal with Denver, and recorded at least 1,000 receiving yards in each of his first three seasons. Sanders was also a part of the team that won Super Bowl 50 against the Carolina Panthers.

As the quarterback situation with the Broncos deteriorated, Sanders’ production did as well. After he was traded to the 49ers in the middle of the 2019 season, he proved that he was still a dangerous offensive weapon.

The addition of Sanders should take some pressure off Michael Thomas, who broke Marvin Harrison’s record for the most receptions in a single season in 2019. Brees orchestrated the seventh-best passing offense in the NFL last year, and this unit should take another step forward with the addition of Sanders, who in 144 career games has recorded 601 receptions for 7,893 yards and 42 touchdowns.