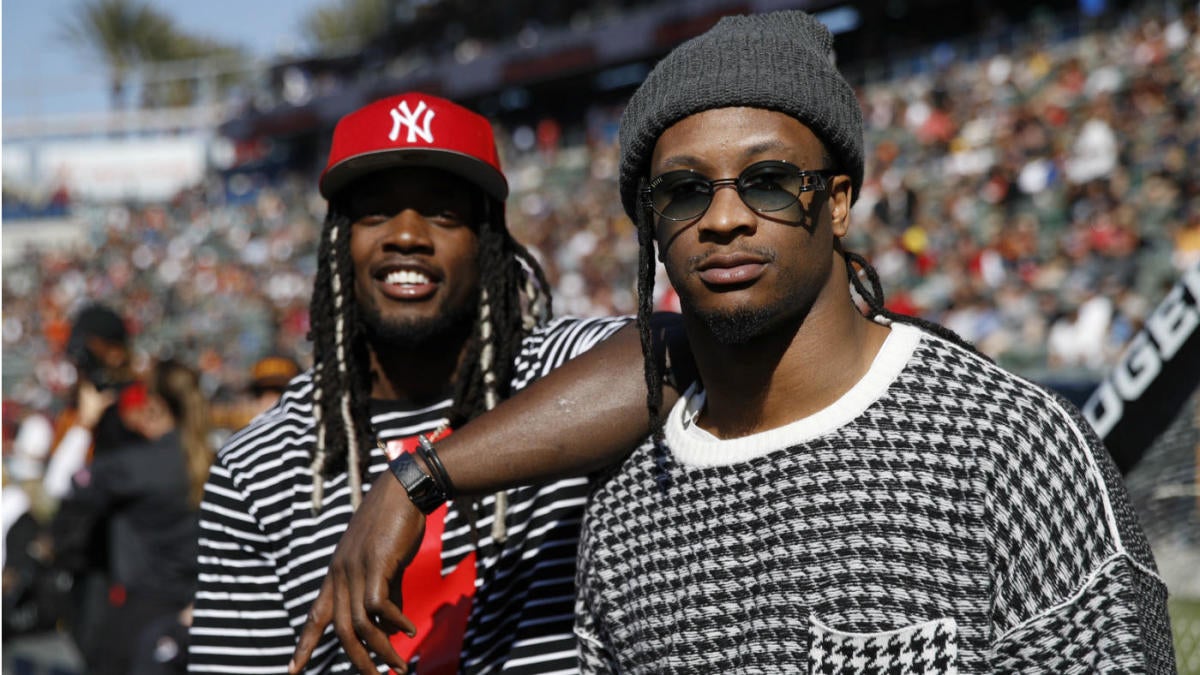 We are now three days into the new league year and we are still trying to catch our breath from all of the big moves that have taken place. Tom Brady is officially a member of the Tampa Bay Buccaneers, the DeAndre Hopkins and Stefon Diggs trades are now official and there were a couple of other big moves that went down on Friday as well.

While the past few days have been very fast-paced, there are still some big names available on the open market. There also remain questions about a couple of quarterbacks — what in the world is going to happen with Jameis Winston and Cam Newton? Are they really going to enter the 2020 season as backups? It should be fascinating to see it all play out.

When the Los Angeles Rams released Todd Gurley on Thursday afternoon, it was unknown what the market would look like for him. Many guessed he would want a semi-lucrative contract and not a prove-it deal, which could prolong his free agency. Boy, were we wrong. Not even 24 hours after being released, Gurley signed a one-year contract with his hometown team — the Atlanta Falcons. Despite his production with the Rams, Gurley’s health has been a major question mark since the end of the 2018 season. Gurley’s trainer, Travelle Gaines, told CBS Sports last offseason that his client is dealing with an “arthritic component to his knee.” Gurley’s health situation became a hot-button topic after he received just 12 touches in the Rams’ loss to the New England Patriots in Super Bowl LIII. In 2019, he rushed for a career-low 857 yards and 12 touchdowns, but he appears to be motivated to prove that he’s still an elite NFL running back, which is something that should benefit the Falcons. He turns 26 this offseason, and the fact that the Falcons signed him to a one-year, $6 million contract gives them the ability to move on from him if he indeed is not the same running back he was a couple of years ago. I like the Falcons taking this risk.

There has already been a ton of action in the NFL, so who are the best free agents remaining? Will Brinson and the Pick Six Podcast Superfriends break down that and more; listen below and be sure to subscribe for daily NFL goodness.

The Jacksonville Jaguars have not hesitated to unload players this offseason, moving Nick Foles, Calais Campbell and A.J. Bouye in separate trades since the start of free agency. Ngakoue would like to leave Jacksonville as well, but it appears the Jaguars want to keep him. NFL Network’s Mike Garafolo reported Thursday that “nothing is going on right now” in regards to a potential deal, and NJ.com’s Mike Kaye, a former Jaguars beat writer, also reported that Jacksonville has not had trade discussions regarding Ngakoue with any team. Ngakoue is a talented player, and it would be a shame if 2020 ends up being a lost season for him.

The Broncos made a splash on Friday, when they agreed to terms with former Los Angeles Chargers running back Melvin Gordon on a two-year, $16 million contract with $13.5 million guaranteed. Gordon has been one of the better running backs in the league over the past few years, but recorded just 612 rushing yards and eight touchdowns in 2019 after a failed holdout. What I like about this signing is that the Broncos receive a motivated Gordon. He gets to face his former team two times a year and wants to make them regret not giving into his demands for a big extension last offseason. Plus, pairing him with a versatile Phillip Lindsay could make Denver’s backfield one of the most dangerous in the NFL. Not everyone is high on this move, however. According to SportsLine data scientist Stephen Oh, the Chargers’ win total, win percentage, chances to win the division, make the playoffs and reach the conference championship went up, while all of those numbers went down for the Broncos with the addition of Gordon. Currently, the Chargers’ win total sits at 8.1 while the Broncos is at 7.6. Both of these teams could be fighting for a wild-card spot in 2020, so it will be interesting to see what happens in the AFC West.

While the Broncos upgraded at the running back position, that leaves someone else’s roster spot in danger. Freeman put up 521 rushing yards and five touchdowns in his rookie season, but took a step backwards in 2019, when he rushed for 496 yards and three touchdowns while averaging 3.8 yards per carry. It’s highly unlikely the Broncos will keep Gordon, Lindsay and Freeman, so it appears he will be playing for a new team in 2020. Freeman just turned 24 years old, however, so there will definitely be a market out there for him, but it looks like his time in the Mile High City has come to an end.

The unofficial MVP of the XFL’s inaugural season was expected to get some looks from the NFL heading into the 2020 season, and it appears he will. According to Mark Berman of FOX 26 Houston, the Arizona Cardinals, Seattle Seahawks and Broncos have all contacted the Houston Roughnecks to inquire about quarterback P.J. Walker. The 25-year-old signal-caller finished his Roughnecks debut as the league’s top passer in terms of both yards and touchdowns, throwing 15 touchdowns compared to just four interceptions while guiding Houston to a 5-0 start. A walking highlight reel, Walker originally went undrafted out of Temple in 2017, and spent the first two years of his career on and off the Indianapolis Colts‘ practice squad, where he learned under Andrew Luck and Jacoby Brissett. While the Cardinals, Seahawks and Broncos will likely be looking for a backup quarterback, this may only be the beginning when it comes to interest in Walker. There’s plenty of time for teams to evaluate what they want to do under center, so a favorable situation could present itself to Walker in the next few months.

I know Winston led the NFL in interceptions and turned the ball over way too much, but he also led the NFL in passing yards and came in second in touchdowns thrown last season! The way the quarterback carousel has shaken out, it looks like he might be a backup entering 2020. If we look at the current quarterback openings, you have the Patriots, the Miami Dolphins and maybe the Chargers. Ian Rapoport of the NFL Network reported earlier this week that the Chargers are not interested, and on Friday, Mike Giardi reported that it’s “unlikely” the Patriots will look into Winston. The Dolphins may technically be his last option, and they are expected to take a quarterback high in the draft. Plus, even if they don’t, Miami will have to decide between Winston and Newton. It really looks like the NFL’s 2019 passing champion could spend next season on the bench.