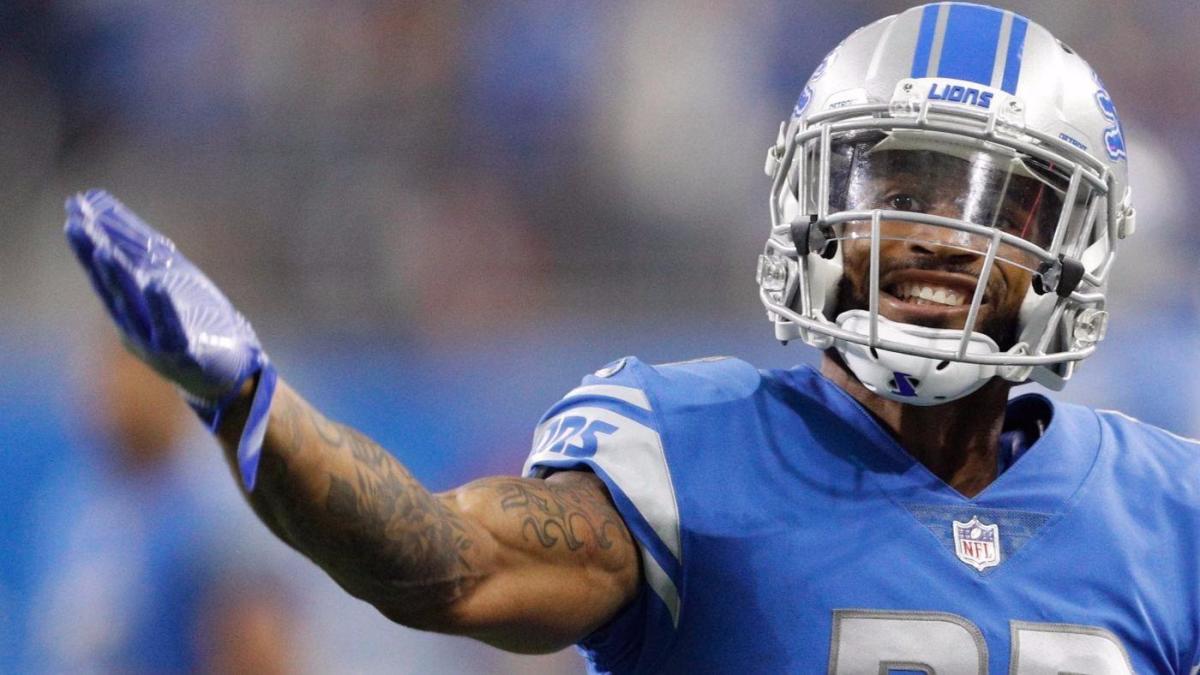 We’re two days into the NFL season and the top free agents are coming off the board. Sure there are plenty of good players to be had, but the best players may be on the trade market (Brandin Cooks, Yannick Ngakoue) after the first wave of free agency is coming to a close. Even though plenty of the top free agents have signed, some of the best skill position players are still looking for a team for 2020 and beyond. Running backs Todd Gurley and Melvin Gordon are still on the market along with wide receivers Robby Anderson and Breshad Perriman (notice a trend here).

There wasn’t as much movement on Day 2 (officially) of free agency as Day 1, but plenty of teams were able to improve their rosters from last season. Here were the winners and losers on Day 2 of the new league year.

Not only did Slay get out of Detroit, but he is now the highest-paid cornerback in the NFL. The Philadelphia Eagles gave Slay a three-year, $50 million extension after trading a third and fifth-round pick for the 29-year old cornerback. The average annual value of $16.67 million beats out Byron Jones ($16.5 million) for the highest-paid player at his position (Slay was previously 13th).

Philadelphia received arguably the better cornerback in Slay and paid a premium price (in draft picks and a contract) to get him after striking out on Jones. The Eagles did language the deal to make it four years, honoring the $10 million in base salary Slay is due this year (average of $15 million a year). Slay also receives $30 million guaranteed.

Slay is on the NFC East champions and got a huge pay raise. He’s a happy man.

Gurley’s poor 2019 season (some of that in part due to the mismanagement of Sean McVay) led to his release from the Rams and a huge deduction in pay. Gurley was released hours before he was due a $10.5 million roster bonus, the final injury guarantee on the four-year, $57.5 million contract he signed with the franchise.

Did Gurley live up to the contract? He signed the extension in 2018 and rushed for 1,251 yards and 17 touchdowns in the first year, but a knee injury limited him in the playoffs and the Super Bowl. Whether Gurley’s knee was an issue in 2019 was unclear, but the Rams soured on a player who rushed for 857 yards and 3.8 yards per carry (career-low 6.7 yards per reception).

Gurley’s next contract won’t be close to the last one, but he has a chance to resurrect his career with a contender. Or join forces with Tom Brady in Tampa. We broke down the seven-most likely landing spots for Gurley.

The Cardinals have certainly been winners this offseason (see the DeAndre Hopkins heist), but their smart business hasn’t ended there. Arizona was able to land linebacker De’Vondre Campbell on a one-year deal, one year after posting a career-high 129 tackles and three forced fumbles.

Campbell’s deal is worth up to $8.5 million as the Cardinals continue to reshape their defense, signing Devon Kennard to a three-year contract the day prior. Arizona has taken major steps to improve a defense that ranked dead last in yards in 2019 and could emerge as a playoff sleeper with the moves it made.

Give the Pick Six Podcast a listen below, and be sure to subscribe on your favorite platform:

Flacco’s career as a starting quarterback is all-but-over in the NFL. The Broncos waived Flacco with a failed physical after he missed the final eight games with a neck injury. Flacco completed a career-high 65.3% of his passes with six touchdowns and five interceptions, but his 5.65 net yards gained per attempt raised even more questions about his long-term future with the franchise.

With Jameis Winston and Cam Newton looking for new teams, there isn’t much real estate for the 35-year old Flacco to be a starting quarterback. His best bet is a reliable backup that can fill in, just in case the starter gets injured.

There are plenty of opportunities for Flacco to continue his NFL career.

The Browns made a big splash on Day 1 of the “legal tampering period” with the Austin Hooper signing, but they made a pair of signings that signaled how smart of a general manager Andrew Berry is. Cleveland improved its defense by signing Andrew Billings to a one-year, $3.5 million deal. A massive defensive tackle on the interior that can stop the run, Billings is more than an adequate starter for the Browns. Later in the day, Cleveland added cornerback Kevin Johnson on a one-year, $3.5 million deal that can go up to $6 million. Opposing quarterbacks struggled against Johnson last season, throwing no touchdown passes when targeting him and finishing with a 79.8 passer rating.

These bargain moves by Cleveland make their defense better. For once, the Browns aren’t shadowed by a splashy move (which typically are the best ones anyway).

Tom Brady wanted Antonio Brown to join him in Tampa, but the Buccaneers (and the NFL) want no part of him. Head coach Bruce Arians still has a bad taste in his mouth from his days with brown in Pittsburgh, and would rather not revisit that road again. Prior to joining the Patriots this year, Brown averaged 114 catches from 2013 to 2018, leading the NFL in receptions twice. He totaled 9,145 yards and 67 touchdowns, averaging 13.3 yards per catch during that span. His problems off the field far outweigh his talent on it.

Brown isn’t worth the headache. Not even Brady can use his powers to get him on a roster anymore.