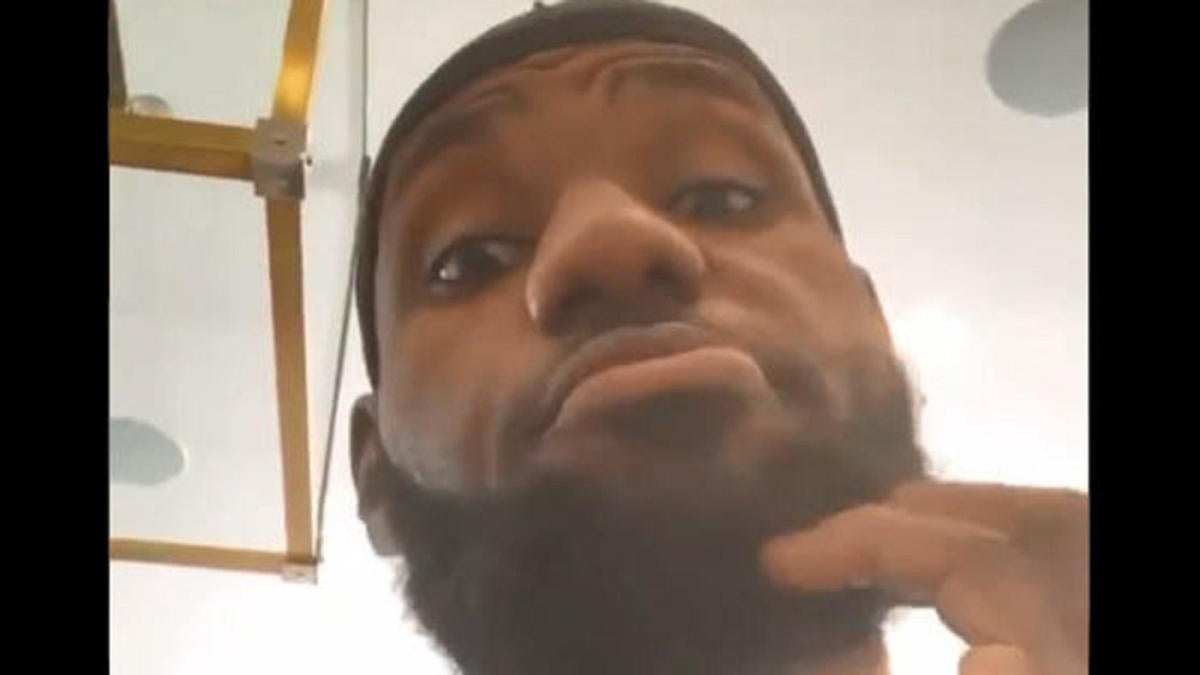 Social distancing due to the coronavirus is one thing, but flat-out quarantine is quite another. Los Angeles Lakers forward LeBron James is learning that after the team was advised to self-quarantine for 14 days following the announcement of four positive COVID-19 tests from the Brooklyn Nets, who the Lakers played last week in the final game for both teams before the NBA suspended operations.

James took to social media on Wednesday, possibly out of boredom as much as anything else, to give us a glimpse of what his life is like in isolation.

“When they advise you to be quarantined for 14 days and isolated from nobody — can’t even get a haircut from my barber, they want me to stay away from him,” James said. “I’m looking like Tom Hanks off ‘Castaway.’ … The struggle is real in the James household right now. … We gotta do what we gotta do.”

James was referring to Hanks’ character’s appearance in the film, but the comparison rings even truer since Hanks and his wife, Rita Wilson, are currently isolated in Australia after testing positive for the coronavirus.

According to a report, the Lakers were tested for COVID-19 on Wednesday in addition to the 14-day self-quarantine measures, and on Thursday the team announced two positive tests, but did not identify the players. The NBA has received some criticism recently, including from New York mayor Bill de Blasio, about its players receiving tests before more high-risk patients.

Owners of the second-best record in the league at 49-14, James and the Lakers are in pursuit of the NBA title after clinching the franchise’s first playoff appearance since being swept by the San Antonio Spurs in 2013. Many think the layoff, however long it lasts, will help the Lakers since it means more rest for James and his co-star, Anthony Davis. For now, like James himself, all we can do is be patient and wait for the next update.