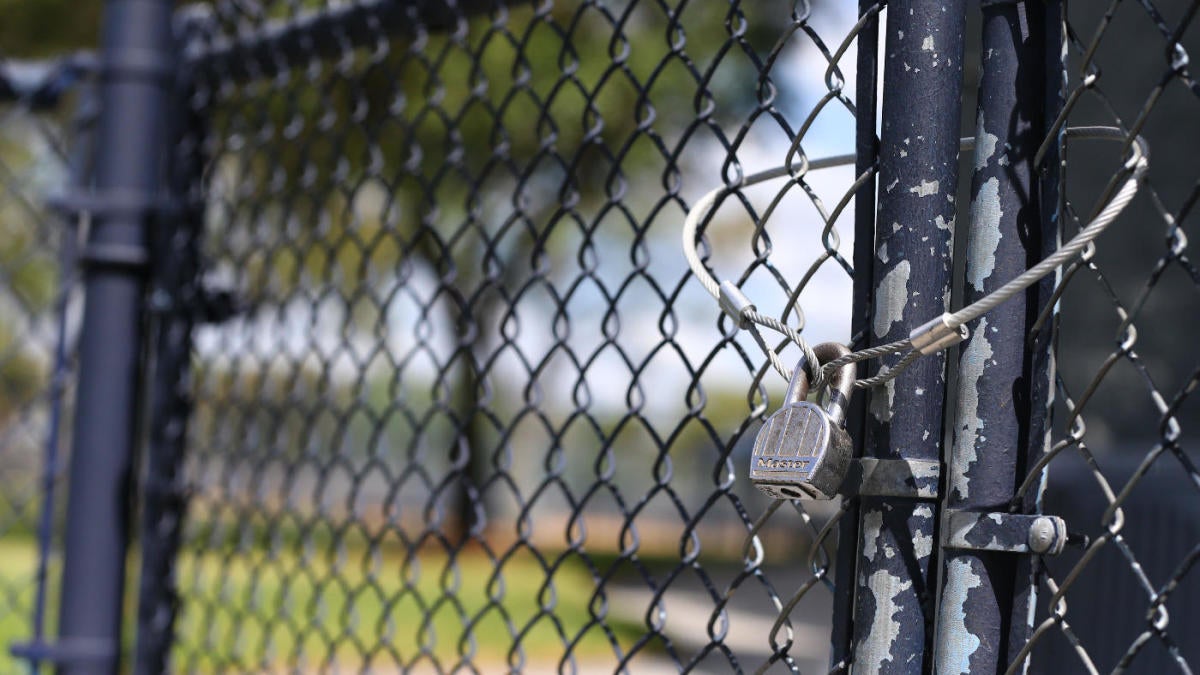 For whatever it’s worth, multiple sources who have spoken to CBS Sports about the situation at hand have praised the Rays for doing right by their players.Each player who is under a Minor League Uniform Player Contract will receive a lump sum equal to the allowances that would have been paid through April 8th.  The exceptions to this plan are non-40-man-roster players who are already receiving Major League allowances; players who are currently receiving housing, food or other services from Clubs; and players who were not participating in, or expected to participate in, Minor League Spring Training.   MLB remains in communication with Clubs on the development of an industry-wide plan for Minor League player compensation from April 9th through the beginning of the coming season.

Keep in mind, players are being asked to stay in shape for a season that may or may not begin at some point in May, June, or later. The shifting target date isn’t the league’s fault, but its bleak economic system is, and the delayed season is highlighting its unfairness.This is true anytime people’s livelihood is at stake, of course, but there’s a risk for MLB that needs to be considered: players walking away from the game entirely to earn a living. As one player told the Washington Post, “[If] it gets to be a month, two months, you could see guys quit because they just have to do something else to support themselves.”

Here are five things worth knowing about minor leaguers and the delayed season.

2. A different ‘off’ season

Minor-league players are frequently exploited by the league as a whole, and some fans have even taken to crowdfunding for the benefit of the players in the days since the league announced it was suspending operations.Players have, in a sense, been forced into another offseason, albeit with some obvious differences. On Tuesday, Major League Baseball announced that each team will be committing million to aid ballpark workers in response to the season being delayed by the spread of the novel coronavirus. On Thursday, the league announced plans to support a different collection of under-compensated workers: minor-league players.

3. They have to stay ready

One of the cruelest coincidences of the shutdown is that it happened near the end of spring training, a period during which minor-league players are not paid for their labor. Players, then, were not compensation (beyond their per diems) since the end of last season. They can no longer take comfort in having access to their team’s facilities or housing, either, as most players not on the 40-man roster were sent home.Most minor leaguers work side gigs during the winter to make ends meet. Alas, the countrywide shuttering of non-essential businesses means there are few employment opportunities available to them. They technically have jobs, so they can’t file for unemployment benefits, the way other workers who have lost hours or jobs can, either.

4. Some teams acted before MLB

Some players, like Oakland A’s pitcher Peter Bayer, have resorted to partaking in the gig economy by joining DoorDash. That Bayer (and others like him) are increasing the risk of catching and/or spreading COVID-19 is collateral damage. “I have to do something in order to make money,” Bayer told Sports Illustrated. “It’s a risk I have to take.”Here’s what the league is doing, according to a press release:

5. Time is of the essence

It doesn’t help matters that gyms are being shut down as part of social distancing provisions. The players in question cannot afford home gyms or private trainers, which means they’ll have to get creative or risk entering potentially pivotal professional years out of shape.