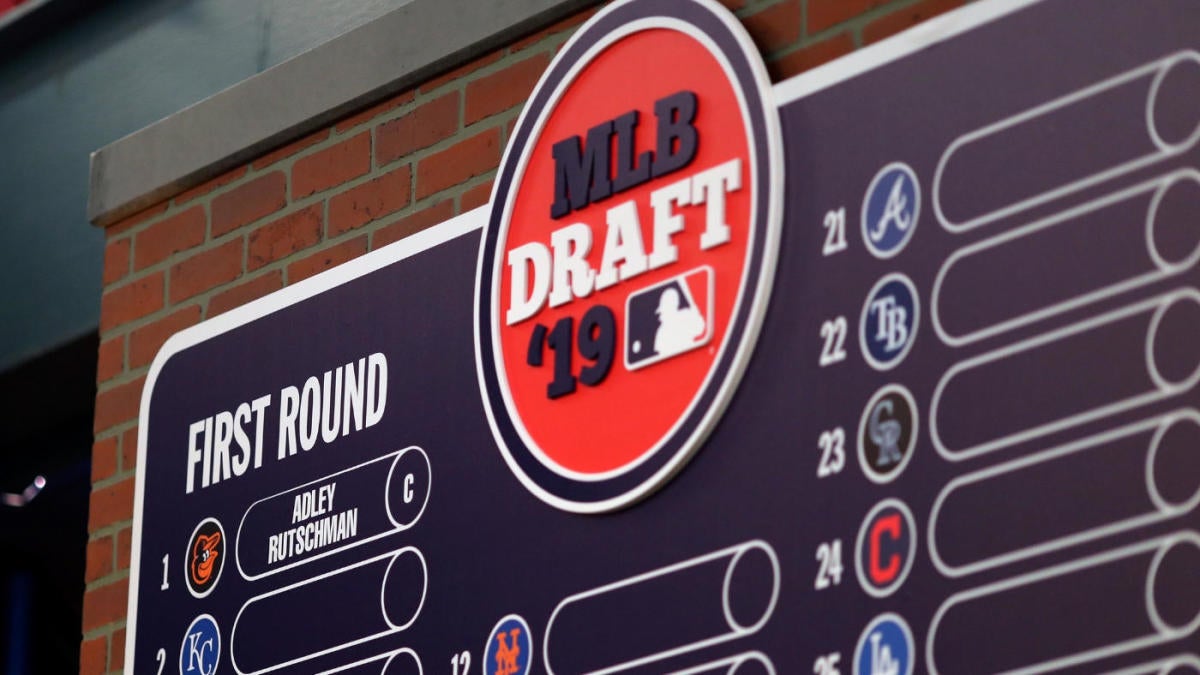 MLB will take a financial hit during the shutdown — no games means nothing to generate revenue — and, to mitigate the damage, the league is considering skipping the 2020 amateur draft, according to the Associated Press. Teams spend approximately 0 million combined on draft bonuses each year, plus associated scouting costs.If MLB skips the draft, prospects could return to school for their senior season (college players) or enroll in a junior college (high school players) to become draft-eligible next year. MLB could also implement a one-year rule change allowing 2020 draft-eligible prospects to enter the 2021 draft regardless of their eligibility status. The NCAA may have an issue with that though.Here’s more from the Associated Press:…

Major League Baseball, like many sports leagues around the world, has been shut down indefinitely because of the growing threat that is the novel coronavirus (COVID-19). Spring Training has been suspended and Opening Day has been pushed back to at least mid-May, and that remains subject to change as the situation develops. The draft remains baseball’s most efficient way to acquire talent. It’s relatively low-cost — 0 million total in bonuses equals a little more than million per team — and hitting on one or two players equals millions in surplus value. MLB will look for ways to ease the financial burden of the shutdown. Skipping the draft is shortsighted. It could do more long-term harm than short-term good.Whenever baseball does return, MLB and the MLBPA will have a ton of questions to answer and logistics to figure out. Among them is the 2020 amateur draft (currently scheduled to begin June 10). MLB directed teams to halt scouting operations earlier this week, which is a mere formality. Pretty much every amateur league in the country has been shut down, so there are no games to scout.

There’s also the matter of teams with high picks in 2020. The Tigers currently hold the No. 1 pick in this year’s draft. The Orioles, Marlins, Royals, and Blue Jays hold picks 2-5 in that order. Do they lose those picks? Get them in 2021? Or does MLB use combined 2020-21 records to determine the 2021 draft order? Skip a draft and bad teams will lose a premium pick. That hurts. It should be noted MLB stripped the Astros of their 2020 and 2021 first and second round draft picks for the sign-stealing scandal. In his report detailing the punishment, commissioner Rob Manfred explicitly said the penalties would be pushed back a year should something happen to the draft. Houston would presumably lose their 2021 and 2022 picks if the 2020 draft is skipped.While bonus rules for the draft and international players are part of the collective bargaining agreement, management could attempt to cite the national emergency as reason to make unilateral changes. With a Republican administration in Washington, the union would have a difficult path with a legal challenge before the National Labor Relations Board. MLB’s concern is financial but skipping the draft seems like a terrible big picture idea. MLB risks losing talent to other sports — how many high schoolers will give up baseball knowing they can’t be drafted? — and organizations won’t be able to add talent. Also, it’s unfair to the players. Many are ready to begin their pro careers and would instead be asked to assume another of year of risk.The fairest solution is probably holding a shortened draft (say 20 rounds instead of 40) at a later point this year. With any luck, prospects will be able to play in summer and fall leagues, and teams can scout them then. Besides, teams have reports on these players going back years. They won’t have the most current information prior to the draft, but they’re not complete unknowns either.Major League Baseball is considering skipping its amateur draft this year and putting off the next international signing period as a way to preserve cash while games are affected by the new coronavirus, people familiar with the discussions told The Associated Press.