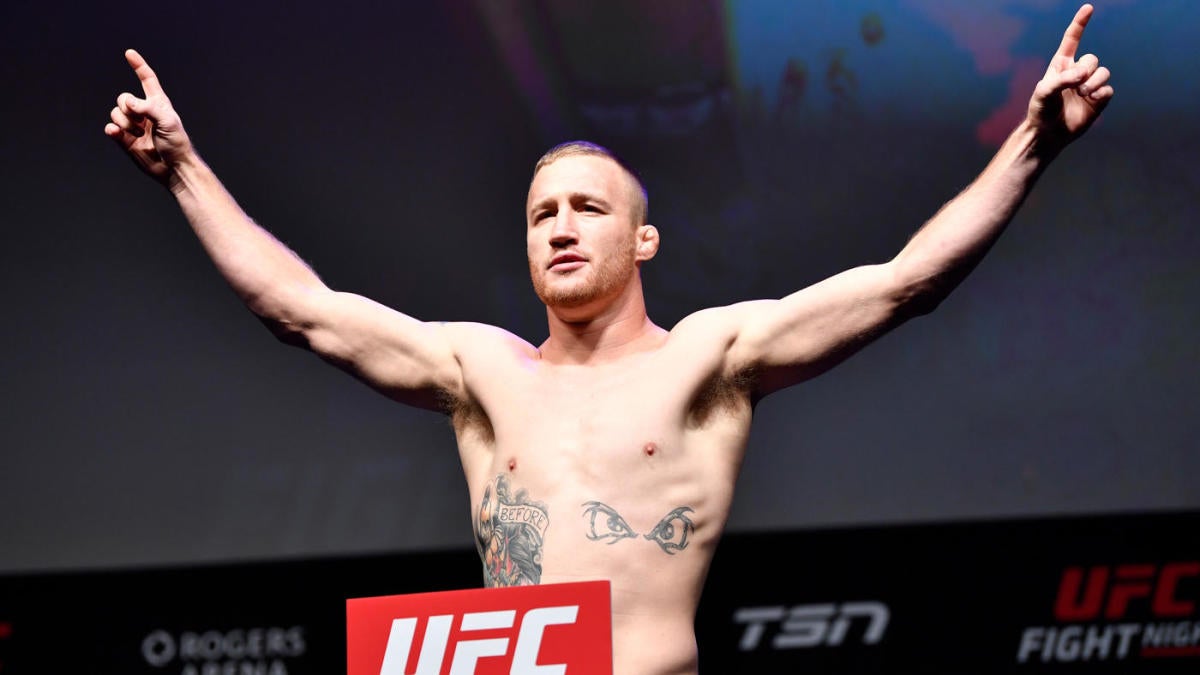 Standing on the outside looking in of the lightweight title picture has been a rather precarious perch for Justin Gaethje given the number of uncertainties regarding the division’s future and that of his own.

Despite recent assurances from UFC president Dana White and Khabib Nurmagomedov himself that a 155-pound title bout — some five years in the making — against Tony Ferguson will still take place on April 18, it’s hard to know for certain whether that’s even possible given scheduling issues caused by the coronavirus outbreak.

It’s also difficult to know whether the all-action Gaethje (21-2), who climbed the top of the contender’s list in the sport’s deepest and most dangerous division, will even have next due to White’s preference that former champ Conor McGregor get the next chance at Nurmagomedov — should the champion retain over Ferguson — in a rematch that’s expected to shatter pay-per-view records.

Aside from the unavoidable money that McGregor brings to the table, the 31-year-old Gaethje can take solace in knowing he’s the most deserving contender after Ferguson thanks to a trio of first-round knockout wins against James Vick, Edson Barboza and Donald Cerrone. Yet rumors that UFC is considering offering Gaethje a fight against McGregor during July’s International Fight Week in Las Vegas offers a potentially intriguing alternative.

So what’s more valuable to Gaethje, in terms of an immediate reward? A title shot or a big-money showdown with McGregor? “The Highlight” already had an answer ready before the question was even halfway presented to him.

“Khabib, it’s Khabib,” Gaethje told CBS Sports at the March 7 Dominance MMA media day in Las Vegas. “It’s way more valuable to me for legacy and for everything. And ultimately, if I was able to beat Khabib and then fight Conor, well that’s f—ing red panty night. If you’re going to have a red panty night, that’s a red panty night.”

Gaethje’s reference, of course, is to the infamous line delivered by McGregor in a 2015 press conference opposite Rafael dos Anjos, when “The Notorious” first explained to the world that getting a fight against him was more important than a title shot given the financial reward he provides opponents. Yet asked more than a week ago just how real talks with UFC over a McGregor fight actually were, Gaethje played it coy.

“I don’t [know anything]. I swear I only hear things on the internet,” he said. “My mom usually calls me and tells me things that are going on in my career. I’m a fighter, man. I can’t put too much thought or emotions into things I can’t control. I can control my preparation and effort and skill set. I have Ali Abdelaziz and Trevor Wittman to do that for me.”

Abdelaziz, who manages both Gaethje and Nurmagomedov, attempted in recent weeks to make a public power play by telling media members Nurmagomedov would never fight McGregor again if the Irish star did not face Gaethje first. When the news was relayed back to him during UFC 248 post-fight interviews, all White could do was laugh.

Gaethje has made quite the evolution from the celebrated brawler who left an unbeaten title reign under the World Series of Fighting banner to make an incredible splash in his 2017 UFC debut by authoring a rally for the ages to finish Michael Johnson.

While the consecutive knockout losses which followed against Eddie Alvarez and Dustin Poirier continued to help Gaethje add to his legend as MMA’s answer to Arturo Gatti, it was the subtle wrinkles added by Wittman, his head coach, which helped Gaethje set up his offense in a more disguised (and less reckless) manner.

Gaethje certainly still revels in the praise he gets being called UFC’s most violent fighter (saying, “I f—ing love that, it’s beautiful”), but it has led to many withholding respect he deserves for becoming an elite fighter.

“Not from the average Joe, absolutely not,” Gaethje said when asked if he gets the proper amount of respect. “But from an educated eye, I see that happening. But it’s my fault if that’s the case. The way I fight, it’s really hard to understand anything of what’s happening in there. But it’s controlled chaos, and I love chaos.”

One thing Gaethje, an All-American at Northern Colorado, takes issue with is the idea that he has abandoned his amateur wrestling background completely due to his love of brawling.

“I use my wrestling a lot in there. Every time they try to take me down and make that sh– boring or slow it down, I do not allow it and I use my wrestling to stop that,” Gaethje said. “Thank God I’m extremely athletic and my athletic ability has allowed me to be one of the best strikers and still have that ace in the hole. I’ll use it when I need to.”