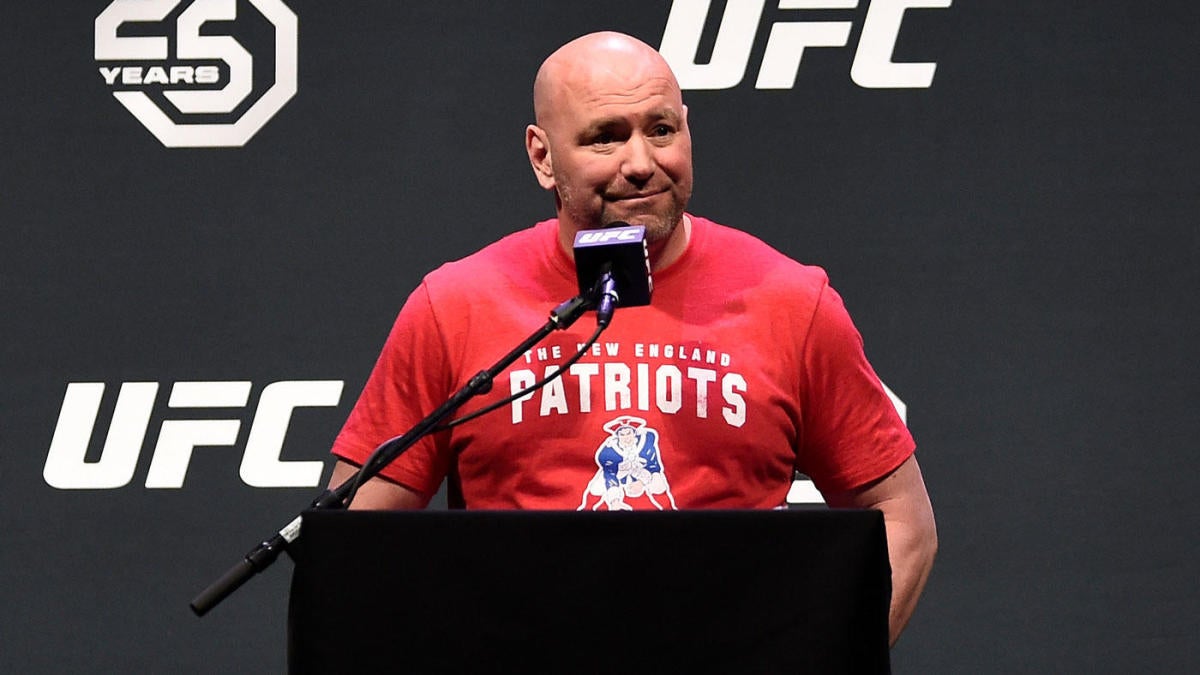 UFC president Dana White says the company is continuing to move forward with its plans to hold events over the next few weeks as the coronavirus pandemic spreads. In an appearance on SportsCenter Saturday night, White said that next week’s scheduled event in London is no longer feasible given the recent travel restrictions implemented by the government.

“Obviously, things are changing by the hour,” White said on ESPN. “This morning, they announced new travel restrictions for the U.K., so [the March 21 event] can’t continue in London. But the fight will go on. We’re working on finding a new venue, likely in the United States, and I have my matchmakers literally working right now to put together the undercard.

“As of now, fights can’t happen at the Apex here in Las Vegas. So, we’re working to find new locations, but the fights will go on; they will continue. We’re not stopping.”

UFC had planned on moving two events in Columbus, Ohio and Portland, Oregon to its Apex center in Las Vegas, but that plan appears to be off as the Nevada State Athletic Commission revoked any licensing through March 25 when they will meet again to decide further action.

The company also sent out an email on Sunday morning to managers looking for fighters available on short notice for this week given the likely multiple openings because of travel restrictions for international combatants.

Besides the three Fight Night cards scheduled for the next few weeks, the biggest event on the docket remains UFC 249 for Brooklyn where lightweight champion Khabib Nurmagomedov is set to take on Tony Ferguson. The bout has already been booked four different times with the hope that this would finally be it.

“So, we had possibly a couple different venues for that fight, including Nevada,” White said. “So, now the whole Nevada thing went down, so we’re looking for another venue. I hope by [Sunday morning], I should have two venue options for that fight.

“That fight will happen. It will go on. The fans are all freaking out about that, do not worry. Khabib versus Tony will happen.”