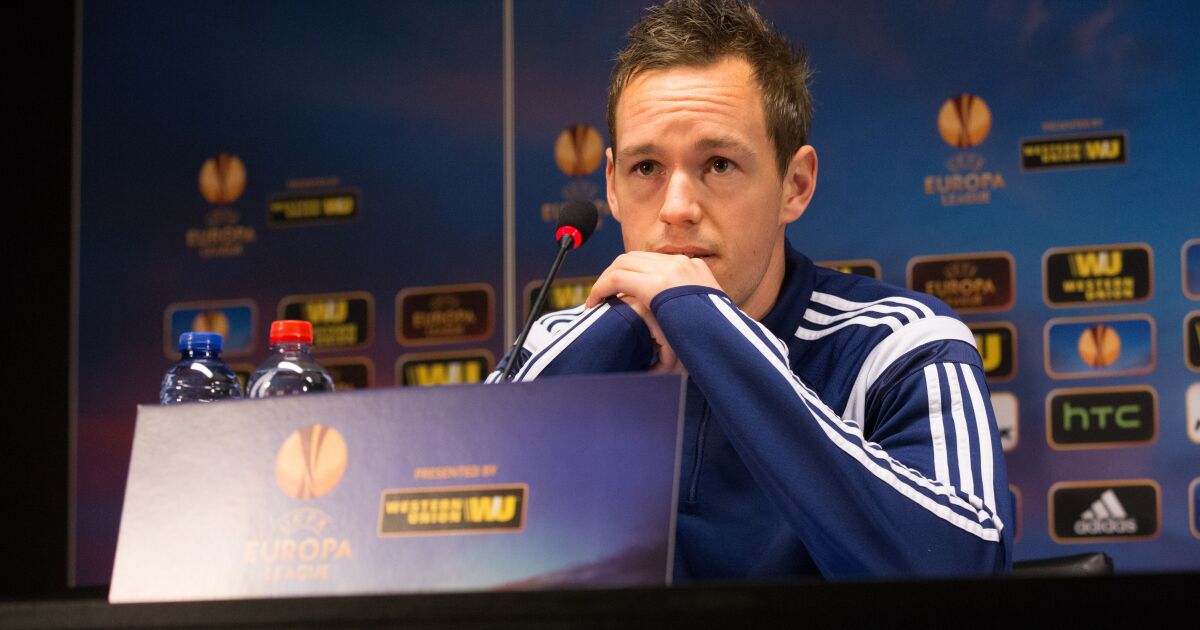 At 22, Thomas Enevoldsen started for Denmark in the World Cup before 83,000 people in South Africa. Last weekend, at 32, he started for the Orange County Soccer Club in a USL Championship game before fewer than 3,200 at the Great Park in Irvine.

But if you ask Enevoldsen, the main difference between the games was his team lost the first and tied the second.

After going through eight teams in four countries over the last 15 years, the joy of the game he’s been playing since childhood, not the circumstances surrounding them, is what he holds on to tightest.

In the USL Championship, the second tier of the U.S. soccer pyramid, that hardly sets Enevoldsen apart. The league’s 35 rosters make up a veritable French Foreign Legion of soccer, an eclectic mix of nearly 750 players who have been there and done that and those who want to go there and do that.

“As footballers, we’ve got so many stories,” Rob Kiernan, an English-born defender who played in the Premier League for Wigan Athletic and is now Enevoldsen’s teammate in Orange County, said with a grin.

The USL Championship, as with every other professional sports league in the U.S., saw its schedule suspended Thursday because of the coronavirus spread. That’s given its players a chance to pause and reflect on where they are in their careers because what unites most everyone in the league is belief that one pass, one goal, one game is all that separates them from a chance to play for a big club in MLS, Mexico or Europe.

That’s still fueling Enevoldsen, who started 38 games and scored a career-high 21 goals for Orange County in 2018. But his phone hasn’t rung.

“I’ve shown that I’m good enough to play in MLS,” he said. “I had a really good season. I’ve shown myself in three better leagues in Europe.

“It’s a very difficult league to break into as a foreigner.”

So Enevoldsen, like many in the USL, has tempered his dream with a big dose of reality.

“I’m going to be 33 in the summer and of course the end of my career is closer than the start. I know that,” he said. “I’m still very fit so I’m going to play as long as I enjoy waking up every day and go to practice.”

Emrah Klimenta, a defender with the San Diego Loyal who made two MLS starts with the Galaxy in 2018, isn’t there yet. When he wakes up and goes to practice it’s not for enjoyment, it’s for improvement; he tries to convince himself the road ahead is really a loop that leads back to the MLS.

“If you don’t [think that], what are you really striving for?” he said. “You obviously sit there and think about it. You play LAFC or another MLS team and you show well and the coach is like ‘Hey, this guy’s good.’ Next thing you know you might have a phone call from them.”

At 29, the chances of that call coming for Klimenta are also running out. But in the USL, hopes and dreams are more plentiful than six-figure paychecks.

“As an athlete in general you always aspire to the highest level,” he said. “I do still, in the back of my mind, have that thought that I want to make it back to the MLS.”

So does Carlos Alvarez, the older brother of Galaxy midfielder Efrain Alvarez.

And it’s one Alvarez has been chasing since 2013, when he was taken by Chivas USA with the No. 2 overall pick in the MLS SuperDraft. He scored the game-tying goal against the Galaxy in his professional debut and was second among outfield players with 31 appearances in all competition that season.

But Chivas USA was falling apart — the league would take over the team and shut it down after the 2014 season — so Alvarez, who had a multiyear contract, was forced on the Colorado Rapids, who started him just six times in two seasons.

That was the start of a journey that would see him play for seven teams in six years, crossing the country four times before winding up playing alongside Klimenta with the expansion Loyal under first-year coach Landon Donovan. In hindsight, it seems clear the collapse of Chivas USA and the frantic last days of the franchise robbed Alvarez of a chance at a successful career.

“When people come in [and] the club’s established, they take time to develop you,” said Eric Avila, a teammate of Alvarez with both Chivas USA and the Loyal. “He was just thrown in there. Then he’s moving on to somewhere else and trying to keep jumping.

“He’s trying to chase it now.”

Alvarez insists he’s a much better player today than he was when he was drafted. But at 29 he’s also seven years older. And while that’s young for a banker, a doctor or an auto mechanic, it’s middle-aged for a midfielder.

Yet Alvarez is accepting, not angry; upbeat not upset.

“So many people want to be in the shoes I am right now,” he said. “Who wouldn’t want to playing soccer for a living? I’m learning from Landon Donovan. I’m around guys that I grew up with.

“Honestly it doesn’t get better than that.”