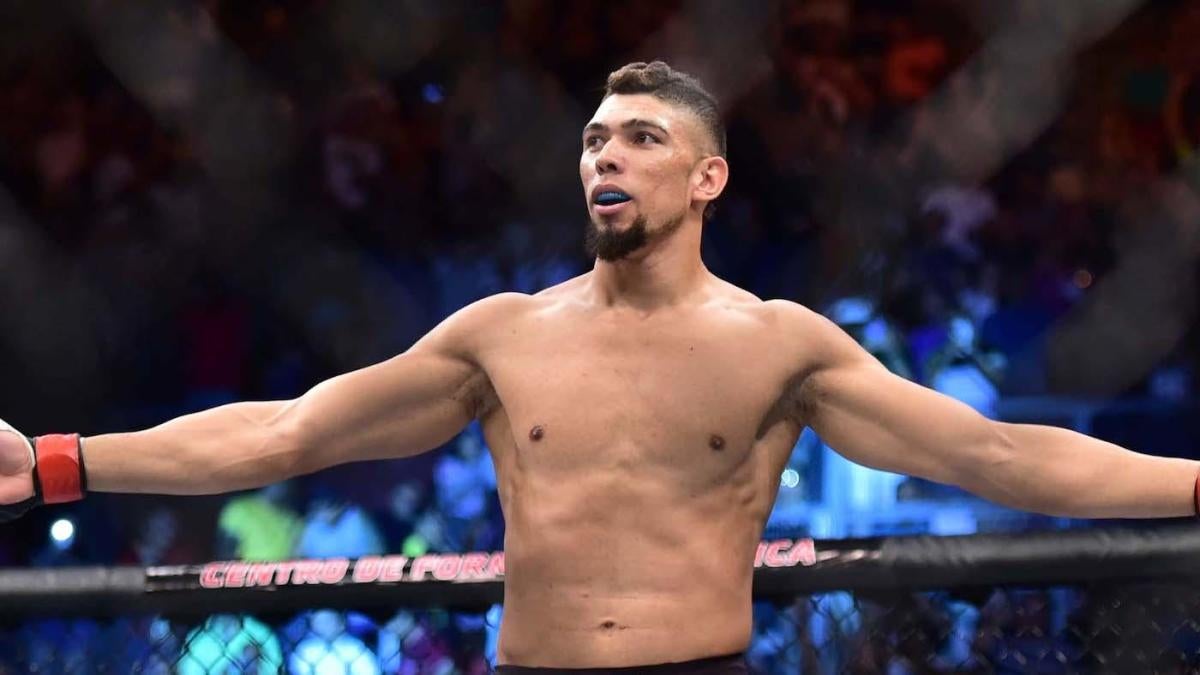 UFC Fight Night 170 is scheduled to take place in Nilson Nelson Gymnasium in Brasilia, Brazil on Saturday with the prelims beginning at 3 p.m. ET. Tthe main card starts at 6 p.m. ET. The UFC Fight Night 170 card is headlined is headlined by a lightweight bout between Kevin Lee and Charles Oliveira. No. 5-ranked welterweight Demian Maia will take on No. 12 Gilbert Burns in the co-headliner as Maia looks to earn his way back into the title picture at 170 pounds.

And with plenty on the line in UFC DFS tournaments, cash games and 50-50s on sites like DraftKings, finding value throughout the MMA DFS fighter pool will be critical. The 13-fight UFC Brasilia card is loaded with power punchers and submission specialists, and choosing the right ones for your UFC DFS lineups could be a challenge. So before you make your UFC DFS picks, be sure to check out the optimal UFC DFS strategy for UFC Brasilia from DFS millionaire Mike McClure.

McClure is a predictive data engineer and DFS pro with almost $2 million in career winnings. He’s crushed his DFS selections recently, producing tournament rosters that have cashed huge in multiple sports over the past few years.

Last month at UFC 247, McClure was all over Kalinn Williams as one of his top picks. The result: Williams scored a first-round knockout over Alex Morono and anybody who followed McClure’s advice was well on their way to a memorable day.

Now, McClure has set his sights on UFC Fight Night 170 and locked in his top UFC daily fantasy picks. You can only see them here.

Ribas is 8-1 now on her career and her grappling skills and submission ability should give her a big edge against Randa Markos on Saturday. Ribas averages 4.19 takedowns and 4.19 submission attempts per 15 minutes, while Markos averages just 1.67 and 0.31, respectively. And with fairly similar striking stats, Ribas has a strong chance of holding her own if the fight stays standing as well.

Part of his optimal MMA DFS strategy includes rostering Johnny Walker ($8,600 on DraftKings), a light heavyweight powerhouse with 14 career knockouts in 21 career fights who takes on Nikita Krylov on Saturday. Walker and Krylov are ranked inside the top 15 in the division, but Walker is a knockout artist, while Krylov is a submission specialist.

With Walker’s 100 percent takedown defense in four career UFC fights, it might be hard for Krylov to get him to the ground and use his jiu-jitsu to gain an advantage. Walker was knocked out in the first round of his last fight against Corey Anderson, but earned first-round knockouts of his own in his previous three UFC battles. Expect Walker to take advantage of a decided edge while standing to earn an early decision on Saturday.

How to make your UFC DFS picks

McClure is also targeting a value fighter who is a must-roster because his fight is a huge mismatch. This pick could be the difference between cashing huge in MMA DFS or going home with nothing.

So what is the optimal DraftKings lineup for UFC Fight Night 170? And which value fighter needs to be on your roster? Visit SportsLine now to see DFS millionaire Mike McClure’s complete optimal lineup for UFC Brasilia, and cash in big on MMA DFS.